A group of activists closed off a stretch of a major downtown San Jose thoroughfare just before polls closed on election day.

Organizers parked U-Haul box trucks across S. 11th Street at the corners of E. San Antonio and E. San Carlos streets on the eastern edge of San Jose State University.A block to the north at 11th and E. San Fernando Street, cones were placed by organizers to divert traffic. They told San Jose Inside that they did so to protect people from vehicle attacks that have plagued protests against police brutality throughout the nation in recent months. “We didn’t want a pinch point,” one activist said.

Scores of protesters showed up for the demonstration. (Photo by Dan Pulcrano)

The activists said they’re associated with the groups Black Outreach SJ and HERO Tent—both of which emerged from the George Floyd uprisings this past spring and summer.

In an interview on the scene, they talked about how they staged the protest to call attention to the case of Gregory Johnson Jr., a San Jose State student who was found dead in his dorm room 12 years ago.

Johnson’s death was ruled a suicide, but his family—particularly his mother Denise Johnson—has long doubted that conclusion.

Dimes said that the group communicated with security teams that protect the fraternity houses along 11th Street but not with SJPD. “We don’t talk to police,” he said. 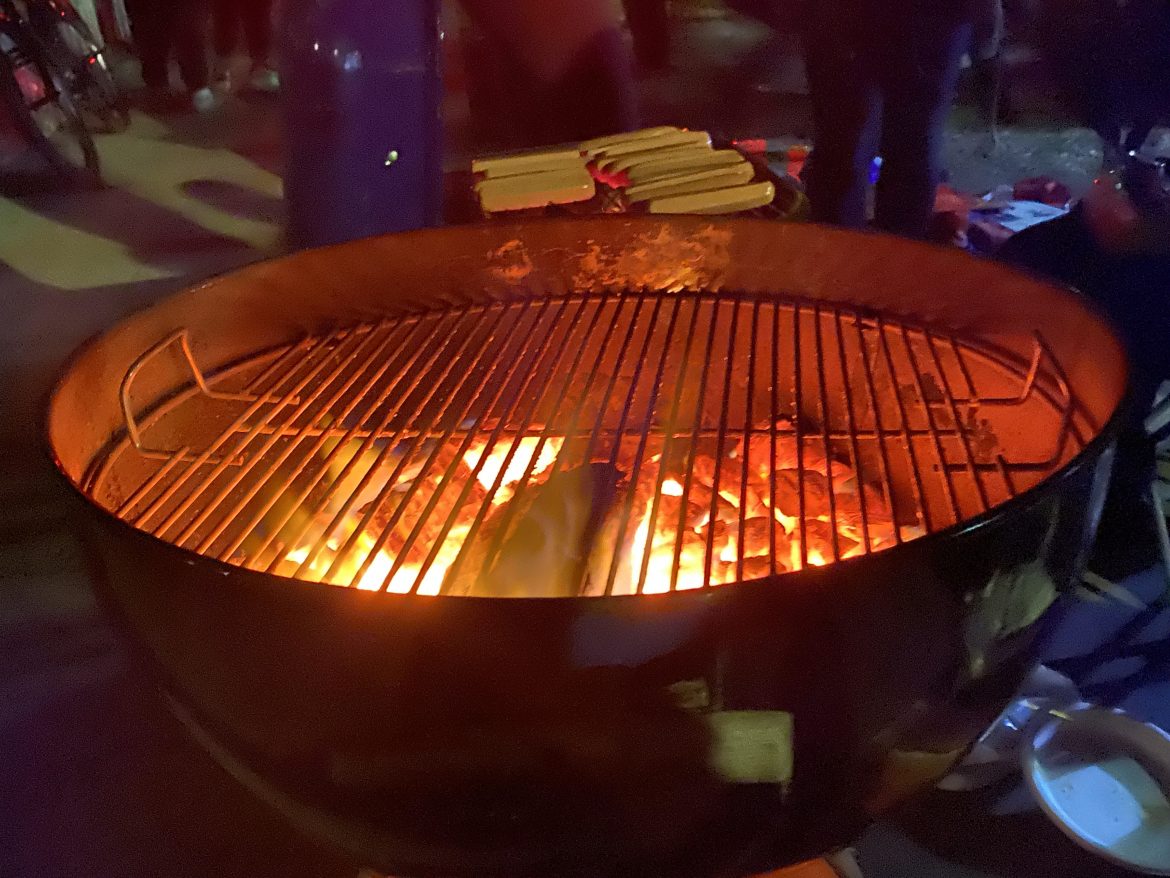 About 100 people showed up to the late Tuesday event by SJSU, where Johnson’s lifeless body was discovered in the basement of the Sigma Chi frat house in 2008. 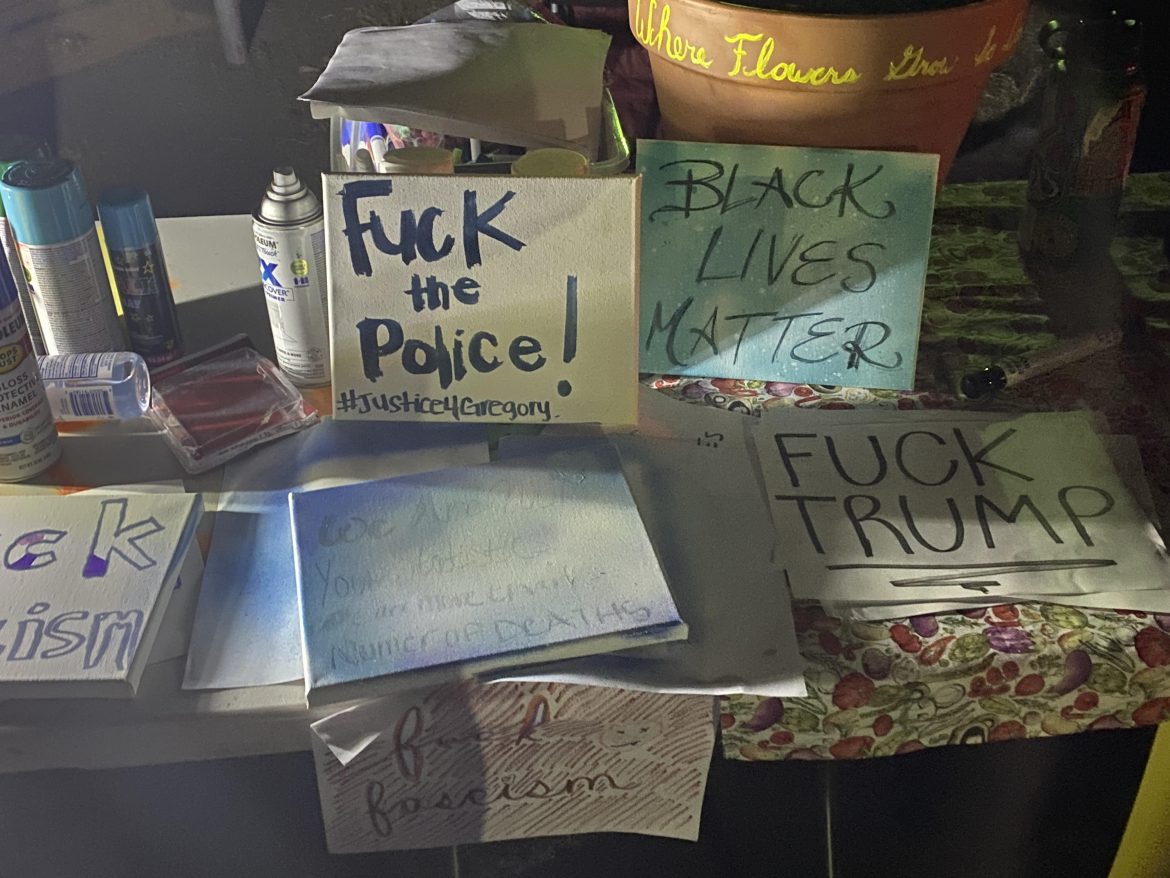 A table was set up for participants to make signs. (Photo by Dan Pulcrano)

Organizers said they planned to stay the entire night and set up tables where some attendees cooked hot dogs on a charcoal grill while others spray-painted signs with the slogans “Black Lives Matter,” “F*ck Fascism” and “F*ck the Police,” among others.

For the first few hours of the protest, there seemed to be no visible police presence, although a helicopter buzzed overhead during sweeps between downtown and the East Side.