Campaign disclosure forms covering the first half of 2014 came due yesterday, giving political nerds their first chance to break down exactly what happened during the primary. (i.e. How much money was raised and spent in the first half of the year.) The documents also shed a little light on how several races will go as we head toward November.

We’ll limit our look here at the races that matter in San Jose:

District 3 Councilman Sam Liccardo forms show he outraised and outspent Dave Cortese in the first six months of the San Jose mayor’s race, but he still finished second to the county supervisor. That’s not a surprise. Polling showed Cortese had a solid hold on first place from the start, and Liccardo’s main concern was getting into the top-two runoff ahead of Madison Nguyen. 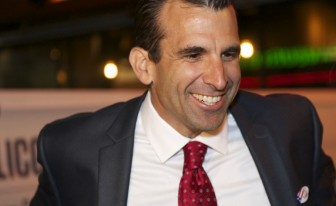 Liccardo’s decision to opt out of the voluntary expenditure limits—unlike Cortese—means he’s not limited in how much his personal campaign can spend in the runoff. He also could receive support from an independent committee that is being organized by Silicon Valley Leadership Group CEO Carl Guardino and other Silicon Valley execs.

This outside backing will be offset to some degree, if not completely, by Cortese’s support from the South Bay Labor Council and the county Democratic Party. Even though the DCC has been strapped for cash, one political insider told me that deficit could be rectified by a just a few phone calls to the party’s top brass and local legislators who are in no danger of losing incumbency. The manpower that organized labor has in hitting the streets to talk with voters also can’t be ignored.

What stands out in the latest financials is Liccardo’s $220,000-plus in cash on hand. While Cortese certainly has some money—more than $58,000 on hand as of July 1—playing catch-up on nearly a quarter-million dollars means Liccardo has a bit of a jump going into the fall. Stay tuned.

Paul Fong continues to amaze in the role of debt juggler. He now has three open campaign accounts: a State Assembly officeholder account, a 2008 State Assembly campaign account and a 2014 San Jose City Council account. Two of those three accounts are in the red, but Fong probably isn’t worried—another race is always on the horizon when elected offices are pit stops and you vote exactly how people tell you to.

Fong continues to avoid interest on the $100,000 debt (in-kind contribution?) he owes campaign consultant/lobbyist Richie Ross gave him to run his 2008 Assembly campaign. His assembly committee paid off just $18.48 in accounting fees the first six months of this year, leaving him with a $108,143.70 debt. As for his council committee, Fong managed to go more than $21,000 into debt as of July 1.

Nancy Warren, of accounting firm Warren and Associates, continues to do his treasury accounting for all three accounts and bill him almost entirely for a later date. Thankfully, Fong’s officeholder account still has $8,352.70 in cash on hand for knock around money—because you never know when you’ll need to pay for a favor at a later date.

Charles "Chappie" Jones, the second-place finisher in District 1, ran a much more frugal campaign, saving more than $16,000 going toward November. Jones is still mostly unknown, but he’ll receive a more thorough vetting between now and the runoff as we interview remaining candidates. We’ll also let you know if Fong ever agrees to an interview rather than his high-paid consultant firm, Terris Barnes Walters, shielding him from scrutiny.

For a first-timer, Raul Peralez had an excellent finish in the downtown council primary. (Yes, there are other areas in District 3 but the council doesn’t draw its clout from King Road or north of Gish.) Peralez has a strong story about his family and upbringing, a policeman’s pedigree and the full backing of organized labor and the county party. He stayed well within his budget on the way to a first-place finish and had more than $14,000 cash on hand as of July 1.

He’ll need that money, as the mayor’s race cuts into financial support for other labor-endorsed candidates. Challenger Don Gagliardi has some serious corporate backing and he managed to come out of June with almost $52,000 cash on hand—although he has $10,000 in debt from a loan he gave himself. If the paperwork is accurate, it appears he’s already forgiven a separate $10,000 loan.

Tam Nguyen stunned nearly everyone except himself in taking first place in the District 7 primary. While his e-filing can't be found online, the City Clerk's office sent forms by email showing that he has more than $10,000 on hand. He also has $16,800 in debt from loans he gave himself, but Nguyen told me earlier in the summer he expects to throw a similar amount of his own money into the runoff, which he thinks will help him reach the necessary number of votes.

Esparza’s low-budget campaign didn't stop her from a strong second-place finish in the primary. She ended June with $2,971.56 cash on hand after paying off most of $3,500 loan she gave herself while forgiving $538.77

UPDATE: A previous version of this post suggested there may be inconsistencies in how Maya Esparza's campaign calculated cash on hand. The campaign on Friday amended a form for the first filing period of 2014 and the matter has been resolved.