The minimalist purple, magenta and orange motif replaces the one developed by graphic designer Don Faia in the late 1980s, which featured the Guadalupe River, a palm tree, a suggestion of a skyline and a person watching the passage of time on the former Pavilion retail center’s clock tower.

The new identity for the city’s downtown was unveiled at the business association’s Dec. 10 annual meeting at the Hammer Theatre Center by Liquid’s Chief Design Officer, Justin Peters.

Liquid Agency, for many years based in the SoFA District, now has offices in San Jose, Portland, New York and Santiago, Chile.

San Jose Downtown Association Executive Director Scott Knies said the rebranding was an outgrowth of a strategic plan to reinvent the organization to meet the challenges of a rapidly changing downtown. 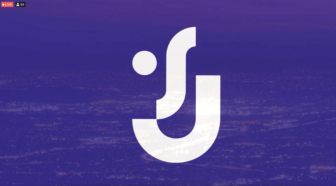