In this new role, he will also be a member of the company’s executive leadership team and an officer of SJW Group, according to an announcement  by the SJW Group board of directors.

Brown joined San Jose Water in 2008 as an attorney. He most recently served as corporate secretary and assistant general counsel. 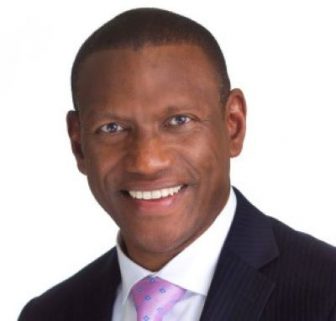 In his 13 years at SJW, Willie Brown has demonstrated his passion and skill for serving customers, employees and shareholders,” stated Eric W. Thornburg, president and CEO of SJW Group. Brown

Brown is chair of the Civil Service Commission of the City of Santa Clara, and as a board member of two nonprofits. He, his husband, and their twin sons reside in Santa Clara.

Willie has a law degree from Georgetown University Law Center and a BA from the University of California, Berkeley. He also attended Mission Community College where he served as a Student Trustee. He is a U.S. Air Force veteran.

The Hanford, Calif., native is a former financial analyst with Applied Materials, Inc., and worked as a cost accountant with IBM. During law school, he served as an extern for the Judge Anthony W. Ishi, U.S. District Court, Eastern District of California.