With two death penalty propositions on the November ballot, Californians are reexamining capital punishment. For fiscal conservatives, it should be a simple matter of dollars and cents.

Let those numbers sink in. What have California’s taxpayers gotten for their $4 billion investment? Thirteen executions and three wrongful capital convictions. Meanwhile, the capital punishment system doesn’t adequately protect society and is a harmful and traumatic process for murder victims’ families.

So what exactly makes capital case trials so much more expensive? To begin with, capital cases have a minimum of two attorneys working on each side (for both the defense and the prosecution) rather than one per side typically found in most non-capital cases. Capital cases generally have multiple investigators and experts and an extended jury selection process. Furthermore, death penalty trials are much longer, and capital proceedings have an additional sentencing trial, which is unique to death cases. The initial trials are where the largest portion of the added cost is usually found, not in the appeals, as is often believed. 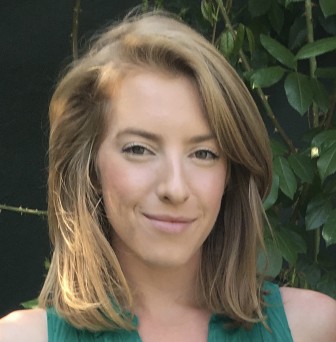 Additionally, the appeals process is very complex and expensive. Outside of the courtroom, the cost of housing death row inmates heaps a heavy burden on the shoulders of the California taxpayer as well. Housing them costs an additional $90,000 annually per inmate. After crunching the numbers, it is starkly apparent that California’s death penalty system is yet another example of a bloated and unsustainable government system.

With California’s November elections quickly approaching, there are two ballot initiatives that deserve further investigation before any votes are cast—Proposition 62 and Proposition 66. Prop. 62 would repeal the death penalty and replace it with life imprisonment without the option of parole (LWOP). Additionally, those serving LWOP would be required to work and pay restitution to the families of their victims. Prop. 66, on the other hand, would do quite the opposite. Prop. 66 would keep the death penalty in place and attempt to shorten the appeals process.

The effects of instituting Prop. 62 would be largely beneficial—millions of dollars would be saved annually and California would no longer risk executing an innocent person. Meanwhile, former death row inmates would still be safely kept off of the streets under their new LWOP sentencing. Conversely, Prop. 66 would not only result in more of the same in terms of a huge financial burden, but the initiative could also have dangerous repercussions for those sentenced to death. By speeding up the appeals process Prop. 66 would heighten the potential of executing innocent people. Although costly, the lengthy appeals process has been put in place in order to ensure that those sentenced to die for their crimes are in fact guilty.

It has taken up to 17 years to release a wrongly convicted person from California’s death row. Since 1989, 68 individuals in California have been wrongfully convicted of murder and later exonerated. State-sanctioned killing is a matter that should not be taken lightly. When a life is on the line, there is no acceptable margin of error.

The choice between these two propositions is clear—one will save California taxpayers millions of dollars each year, while the other will cost California taxpayers millions. To put this into real terms, the State’s independent Legislative Analyst determined Prop .62 will save $150 million annually. That’s $150 million a year that could be put to better use. That money could be returned to the taxpayers or it could be redirected into funding for education, public safety or crime prevention—all of which would positively impact far more lives than California’s current spending on the death penalty.

Katherine Dwyer is a Charles Koch Institute Communications Fellow with Conservatives Concerned about the Death Penalty, a Project of EJUSA. She was born and raised in California and recently graduated from San Jose State University with a degree in economics. The opinions in this article are the author’s own and do not necessarily reflect those of San Jose Inside.