A woman wanted by police for deliberately coughing on a baby’s face has been identified by a variety of unofficial sources as Nancy Nordland, who teaches special education at Oak Grove School District in San Jose.

In a statement to published Wednesday, district Superintendent Jose Manzo confirmed knowledge of the allegations against “one of our employees,” who was caught on surveillance footage lowering her mask to commit the act at a South San Jose Yogurtland.

“We do not tolerate conduct from any employee that compromises any child’s safety,” Manzo declared in his public response. “The employee is currently off of work and not providing any services to our district students.” 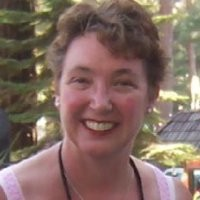 Oak Grove stopped short of naming the woman. As did the San Jose Police Department, which issued a bulletin earlier this week asking the public to help find her. But her identity was confirmed by some of her colleagues and parents at Oak Grove and has since been reported by the Mercury News, a host of TV stations and national media.

SJPD spokesman Sgt. Enrique Garcia told San Jose Inside that detectives have been following up on leads but have yet to arrest anyone.

The coughing incident—called an assault by SJPD—took place at around 5:30pm June 19 at the 5638 Cottle Road fro-yo shop. On Monday, police sent out stills from the store’s security camera and footage that captured the encounter in a plea for public help.

SJPD alleged that the woman coughed on the child because she was upset that the mother was not “maintaining proper social distancing,” as required by public health officials to prevent the spread of COVID-19.

In an ABC7 interview a couple days after the incident, the mother, Mireya Mora, said she believed the assault on her baby boy was racially motivated.

“Me and my grandma are Hispanic and she started telling me about my distance and harassing me and my son once I started speaking Spanish to my grandma,” Mora told ABC7 in a segment that aired Monday.

A Change.org petition demanding that the district #FireNancy and strip her of teaching credentials has garnered more than 1,600 signatures to date. “After the events that occurred, it is evident that Nancy should not be working with kids,” the petition states. “She willingly risked the life of a child out of hatred and racism. Someone willing to endangered a child due to racism should not be allowed near other children.”

One of the petition signatories, someone who posted under the name Sabrina Bocanegra, slammed the district for not having ousted Nordland already.

“This lady was my son’s resource teacher for special education in 2018 and she put hands on my son leaving marks on him,” she wrote. “(Not to mention all the other things we went through with this teacher!!!) I took pictures and processed actions against her. I wanted to lay hands and pray later but, I thought taking the proper protocol and paperwork that my son would see justice?!?! I was told that she was ‘NO LONGER WITH THE DISTRICT!!’ Now, I see that is NOT the case!! I definitely need prayer through this one!! My heart is heavy and I can only pray that God deals with her!!!”

Attempts to reach Nordland for comment have been unsuccessful.

The Oak Grove superintendent said the district is cooperating with police and can provide no additional comment for the time being.