Scott Michael Schuhe was already reeling after fleeing the fires with his family and five pets from their Bonny Doon home. The second blow came when he heard how much the two Santa Cruz motel rooms he’d booked eight hours earlier would cost for another night.

The price had almost doubled at the Motel Santa Cruz, from $325 for one room with a single bed and a second with a queen bed, to $299 a night for one room. “We’re all in shock,” Schuhe said. “We were so tired we couldn’t even think.”

Schuhe—along with his son Michael, daughter Heather and soon-to-be son-in-law Drew Mount—drove 12 miles to the one-star motel after their phones lit up at 2:35am Wednesday ordering them to leave. As the fire encroached on the town of barely 2,700 people, they left though some neighbors stayed behind. 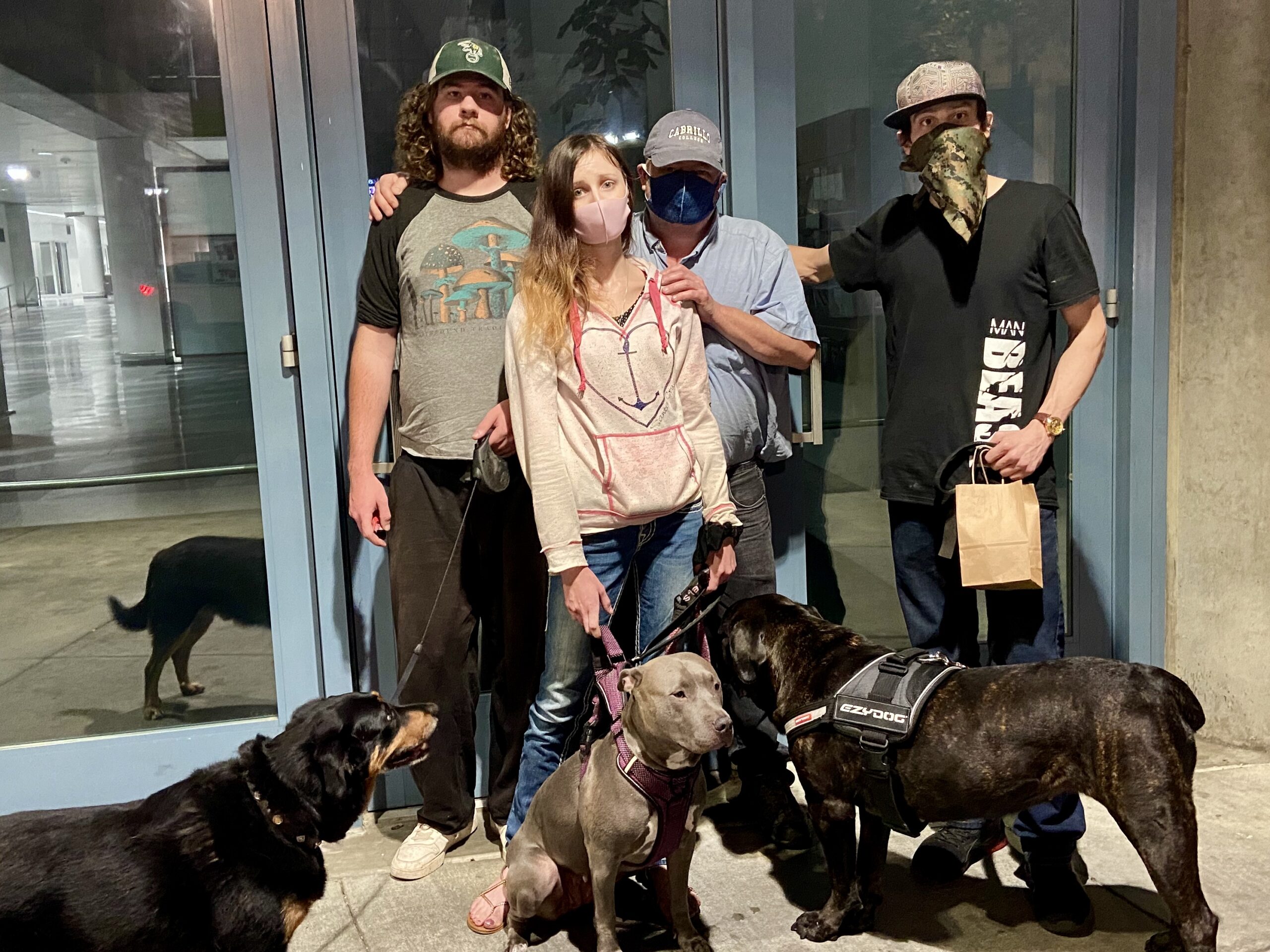 The fire, known as the CZU Lightning Complex, has pushed 77,000 people to evacuate from Santa Cruz and San Mateo counties so far.

Schuhe knew he couldn’t go home, but he also knew he wouldn’t pay $600 to stay another night. The family spent the afternoon looking for a place to stay with their three dogs and two cats. “Pretty much all of them had jacked up their prices, and the availability was just about nothing,” Michael Schuhe said.

On Saturday night, the tired family sat outside of the downtown San Jose Marriott thanks to a tip from Schuhe’s boss that the hotel had a $99-per-night deal for evacuees, pets and all. Marriott is one of 14 hotels in San Jose with discounted rooms for people escaping the blazes flanking the country’s 10th largest city.

“We know that hotels in other towns or cities may be raising their rates right now, sadly, given the increased demand for a room,” he said of the new campaign. “But we’re going to take the high road here, we’re going to reduce our rates, and make rooms available for a lot of families that need them.”

Organized by Team San Jose, which promotes tourism in the city, was the brainchild of Christopher Thompson, head of the San Jose Knight Foundation, Liccardo said.

Like the Schuhe family, Thompson evacuated exactly a week ago from his Ben Lomond home with his partner and two cats, but struggled to find a place to go. Hotels were full, unprepared for the sudden influx of customers.“We were going to park at the Scotts Valley Transit Center and sleep there overnight, but the lights were too bright, and we were told you can’t park overnight in the parking lot,” Thompson said.

The fires come during a coronavirus pandemic which has left much of downtown bereft of visitors since mid-March. Hotels and restaurants are scarcely staffed and partially shut down waiting for the county to lift business restrictions and customers to return.

Suddenly, the city is seeing an unexpected economic upshot as evacuees arrive. 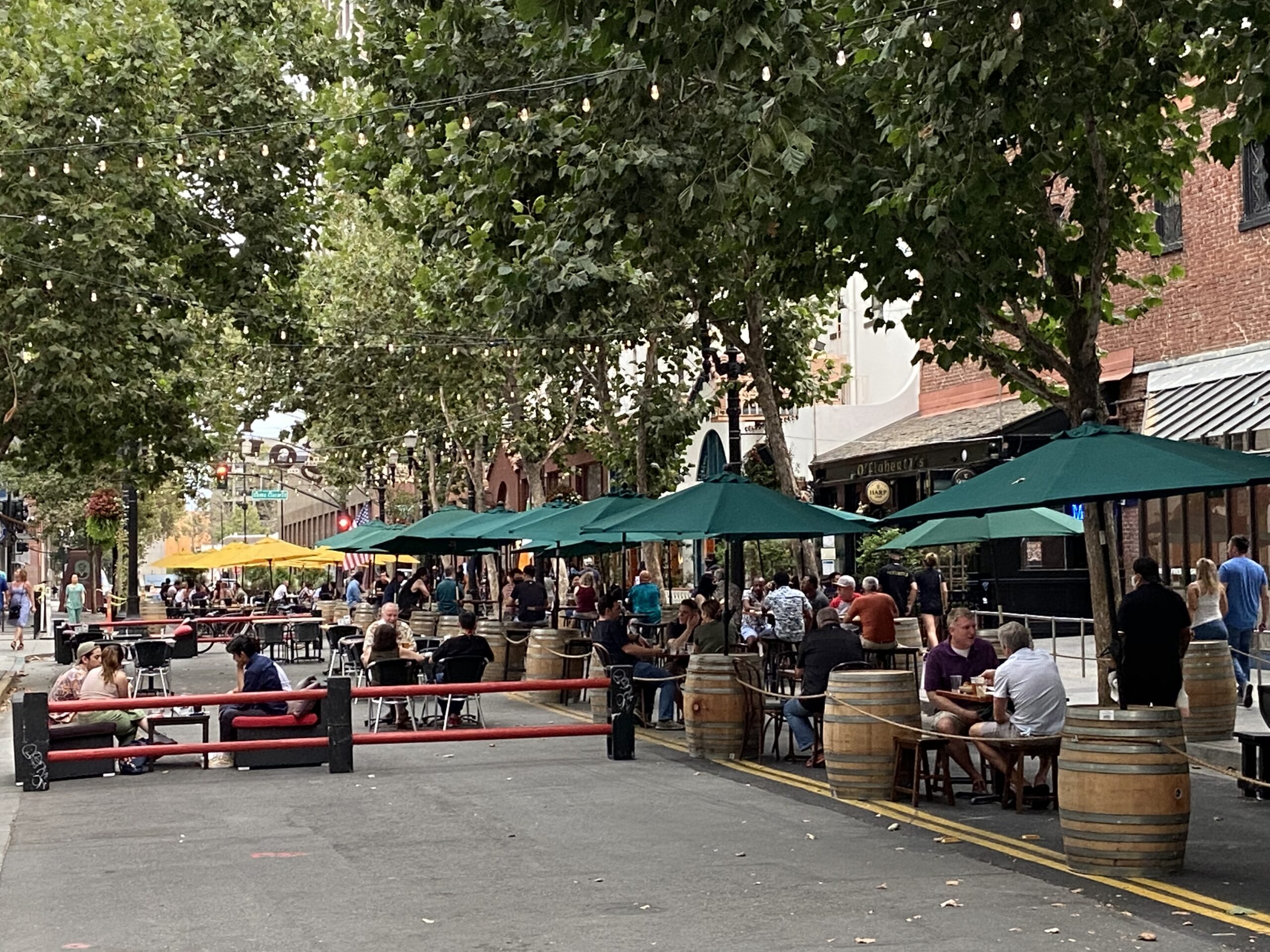 Employees at hotels across the downtown said bookings were up Friday. The Marriott, connected to the city’s convention center, re-opened floors as demand grew by five times overnight and 50 employees that hadn’t worked in months came reported for duty, according to General Manager John Southwell.

“No industry, other than maybe airlines and cruise ships, have been hit as hard as hotels, because nobody’s traveling,” he said. “It’s great to have people band together like this and for folks to come back to work … after they’ve been off for five months and and say, ‘I want to work to take care of these people.’”

The Marriott was one of the first hotels to offer discounted rates after employees said they wanted to help the evacuees showing up in big numbers, Southwell said.

“You looked at the people checking in, all of whom have been displaced, which is tragic, and everybody had their pets,” he said. “It kind of looked like Noah’s Ark ....  everybody was just in a bad state from so many places.”

Normally, the nonprofit economic development-tourism bureau is busy promoting conventions, plays, concerts and other money-making events for the city. That work helped generate $61.7 million in revenue for San Jose in 2018.

But those economy-boosting businesses are shuttered now, and aligning the hotels was something the group could do, Team San Jose’ Marketing Director Frances Wong said.

“With these evacuees coming to San Jose in a time of need, I think they’ll remember that San Jose was there for them,” Wong said.

Meanwhile, Santa Cruz was grappling with the booming hotel room need as the county’s own 4,400 hotel rooms filled up.

“We issued a travel advisory asking that visitors who are in the market to please leave to free up hotel rooms for evacuees and for first responders,” Visit Santa Cruz County spokeswoman Christina Glynn says. “That, to my knowledge, is unprecedented.”

As families land in San Jose, the temporary tenants’ presence has been felt unevenly among restaurateurs, allowed only to serve customers outdoors or for delivery and takeout orders, per county orders.

On Saturday, while smoke billowed into the city from the surrounding fires, restaurants felt the push and pull of the downtown filling up more than it has in months versus the air-quality indicators warning people to stay inside for the sake of their lungs.

Diners sat relaxed at tables that spilled into the street outside of San Pedro Square Market while a line formed outside of Chacho’s along San Fernando Street. But along First Street, many of the city’s smaller eateries felt no uptick at all, managers and owners said. If anything, business might have been slower due to the haze.

Diners lined up to eat at Chachos on Saturday, Aug. 22 (Photo by Janice Bitters)

Scott’s Seafood was an exception, according to Sammy Reyes, the restaurant’s general manager. “Especially the last two nights, I know I met with a few people that were staying at the Marriott, some were staying at the Fairmont,” he told San Jose Inside. “It’s been dead, literally there is nothing in downtown … but I think it is going to help a lot having more people down here.”

Some people may stay longer than a few days or weeks.

As of Monday, Thompson’s home was still intact, but security cameras show ash inches deep around the house, so he doesn’t expect it’ll be in a livable condition anytime soon. He’s planning to move into a downtown apartment for now.

Others, like the Schuhe family, are watching their neighborhood through status updates from those that stayed behind.

Some of their neighbors have put out fires and helped save pets that were left behind. But the Schuhe family isn’t confident their home was spared over the weekend.

“According to the fire maps it has [been burned], but according to our neighbors, it might not be,” Heather Schuhe said. The family will stay at the Marriott and hope for the best when they’re allowed to return home.

“We’re survivors,” Scott Michael Schuhe said. “But when they say ‘Get lost,’ then get lost. We didn’t even think twice.”