Two days after a gunman who spewed anti-Semitic rhetoric murdered 11 congregants at Tree of Life Synagogue in Pittsburgh, Penn., dozens of Jews and their allies met at San Jose State to mourn the dead, speak their names and condemn hate.

The crowd of mostly students and faculty on Monday night recited prayers and sang songs—including the Kaddish, the mourning prayer—by the Cesar Chavez arch in the middle of campus, where 24-year-old Spencer Brodie, a leader of the school’s Jewish Student Union, helped arrange white candles to resemble the Star of David.

The Oct. 27 massacre, which authorities say was carried out by 46-year-old Robert Bowers at the Squirrel Hill congregation, capped a week of gun violence and pipe bombs.

The carnage in Pittsburgh, which the Anti-Defamation League (ADL) calls the single deadliest attack on American Jews, also comes amid a historic uptick in anti-Semitic violence. According to the ADL, the U.S. has seen a 60 percent rise in anti-Jewish incidents from 2016 to 2017—the most dramatic one-year increase since it began tracking such data four decades ago. In California, anti-Jewish hate crimes rose by 27 percent in the same timeframe, the California Attorney General’s Office found.

Ronnie Baruch, an 18-year-old business major and president of the SJSU’s Jewish Student Union, said hearing the news on Saturday initially made her want to remove anything that identified her as Jewish.

“I wanted to take off my necklace,” she said, clasping a Star of David pendant suspended from a silver chain around her neck. “I was terrified.”

In the span of a day, Baruch said, fear and horror turned to numbness—“unfortunately, I can’t say I’m surprised, considering the long history of violence against us,” she explained—and then resolve.

She kept her necklace on.

“This is the time that we all need to be proudly Jewish and not be ashamed of the community that we all love,” Baruch exhorted attendees at the vigil, where three police officers stood watch. “This massacre, among many hate crimes in America, needs to end.”

Rabbi Shaya Bernstein, of Chabad on Campus at San Jose State, said he, too, felt numb in the aftermath of the shooting. But he’s urging people to respond to the tragedy constructively by performing good deeds and acts of kindness.

“We need more than thoughts and prayers,” he said. “This should be a call to action.”

Another vigil is planned for 5pm tonight at San Jose City Hall. For more information, click here. Below is a photo gallery of Monday’s event. All photos by Greg Ramar. 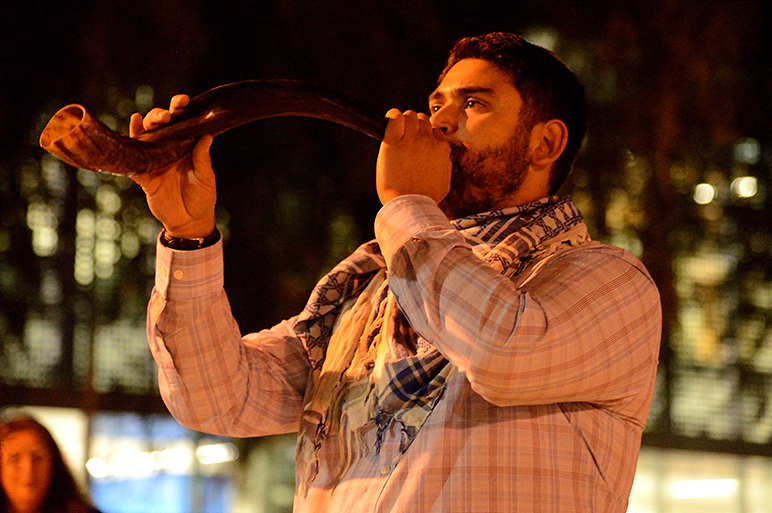 Spencer Brodie, of the San Jose State Jewish Student Union, closed the vigil by blowing a shofar 11 times—once for each victim. 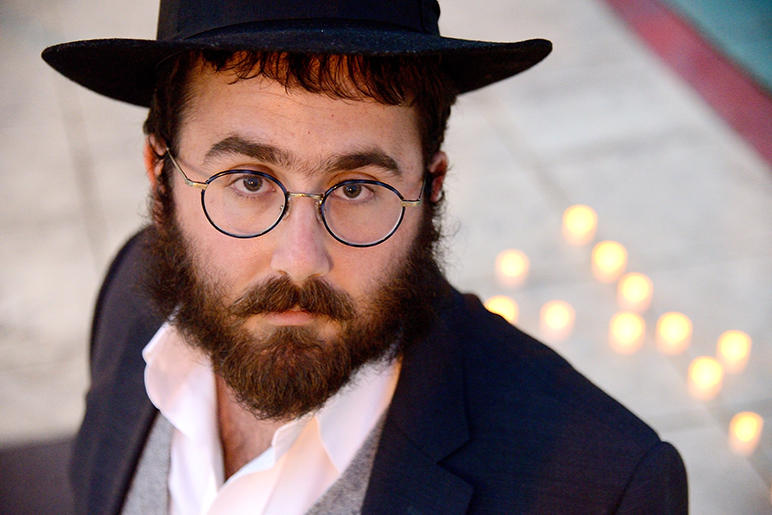 Rabbi Shaya Bernstein, of Chabad on Camps at SJSU. 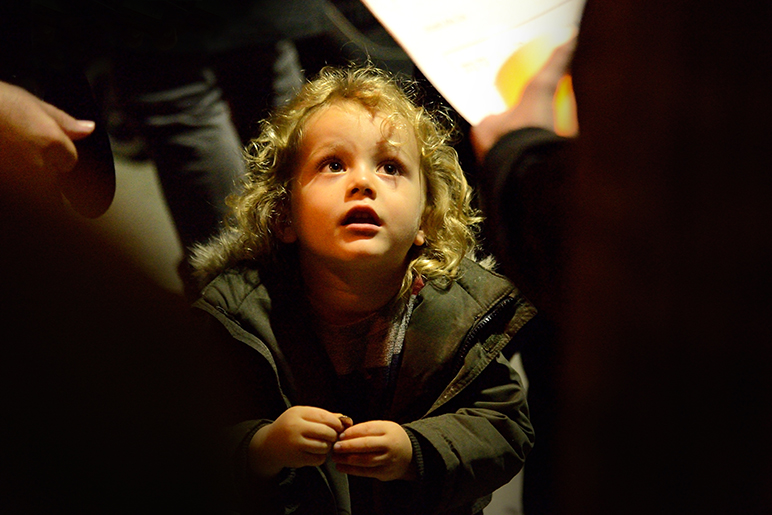 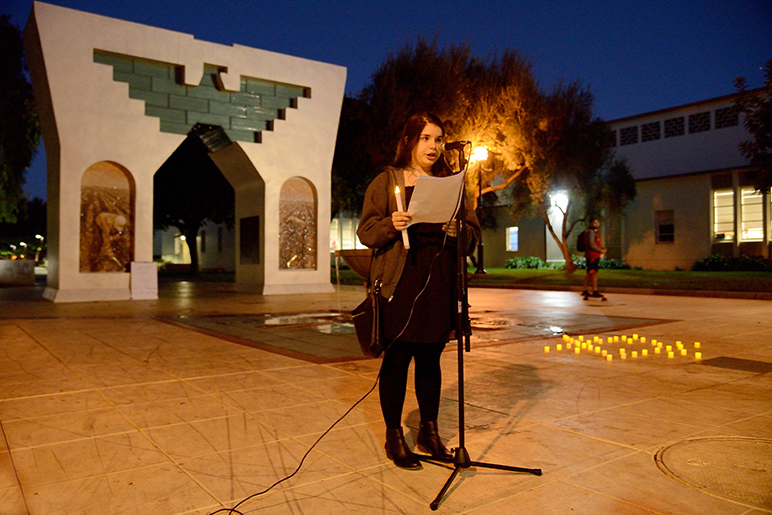 Ronnie Baruch, a SJSU business major, emigrated from Israel seven years ago at the age of 11. “My family experienced violence there, and now we’re seeing it here in the U.S.,” she said. “Unfortunately, this isn’t new for us.” 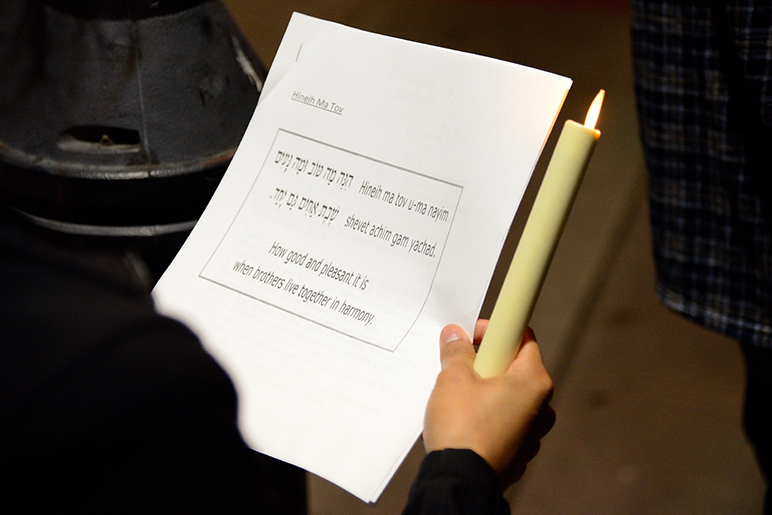 Attendees read from a book of song and prayer. 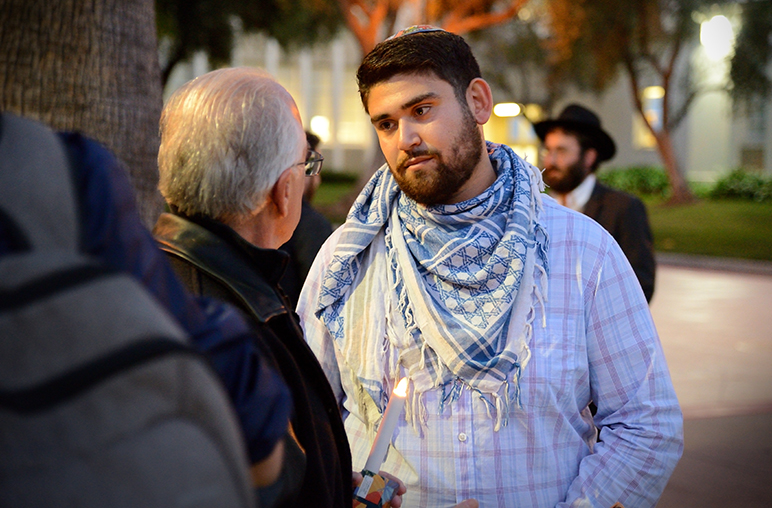 Spencer Brodie (right) speaks with a SJSU faculty member at the evening vigil. 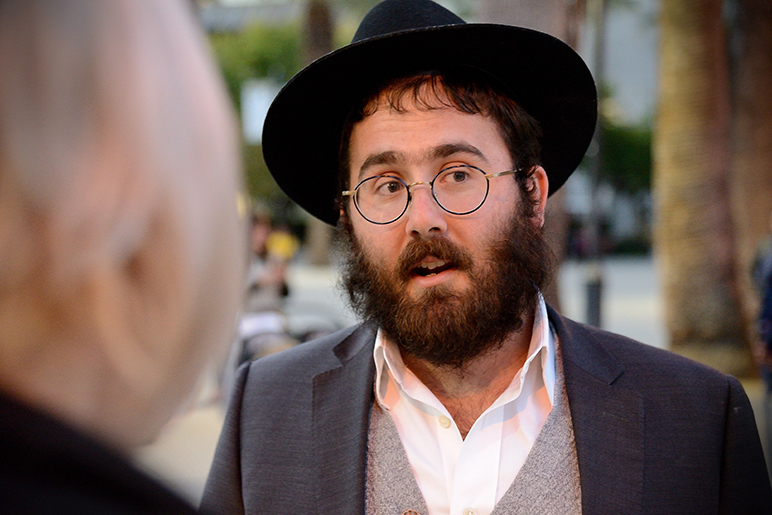 Rabbi Shaya Bernstein said he’s encouraging people to respond to the violence by pledging to do good deeds. 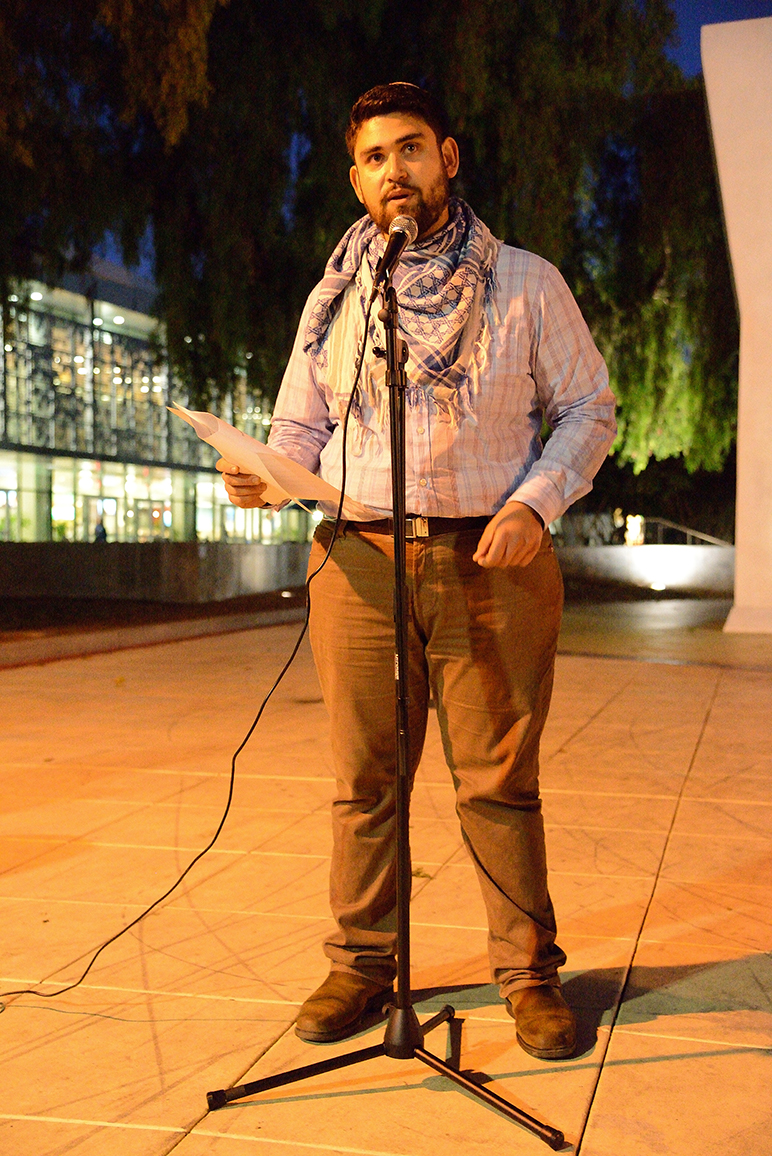 Spencer Brodie says the Tree of Life killings put him at a loss for words. 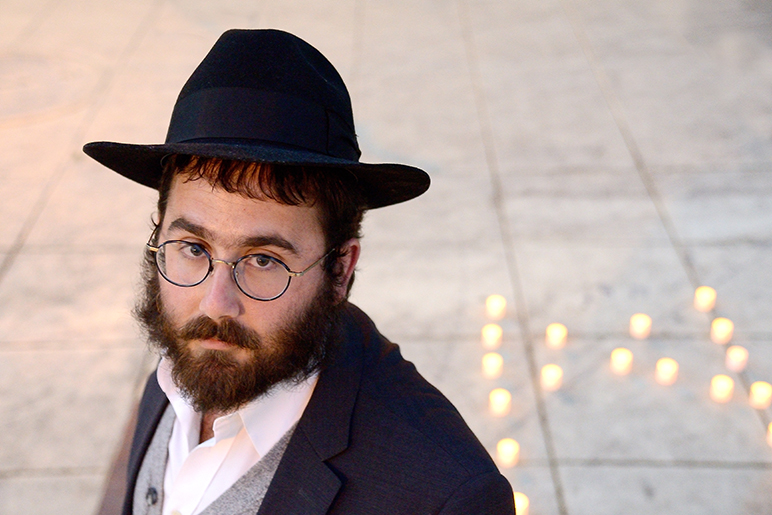 Rabbi Shaya Bernstein says he ended the rally with pledges from dozens of people who said they’d perform acts of kindness to counteract the hate. 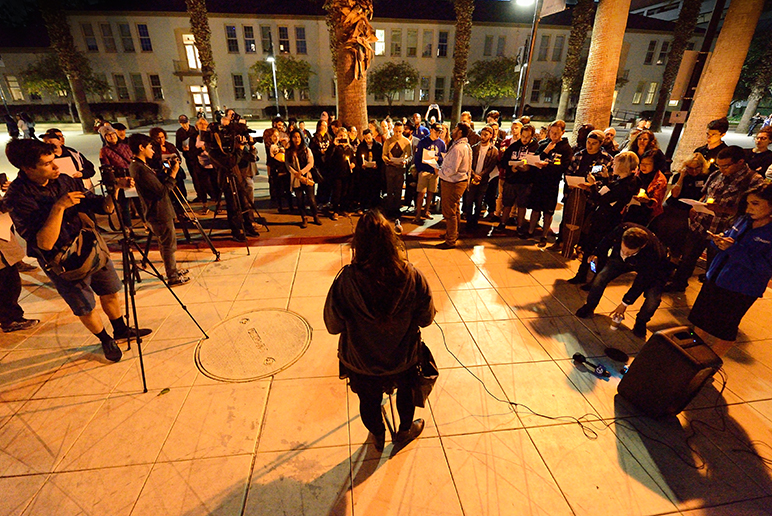 About 50 or so attendees showed up for the sunset gathering. 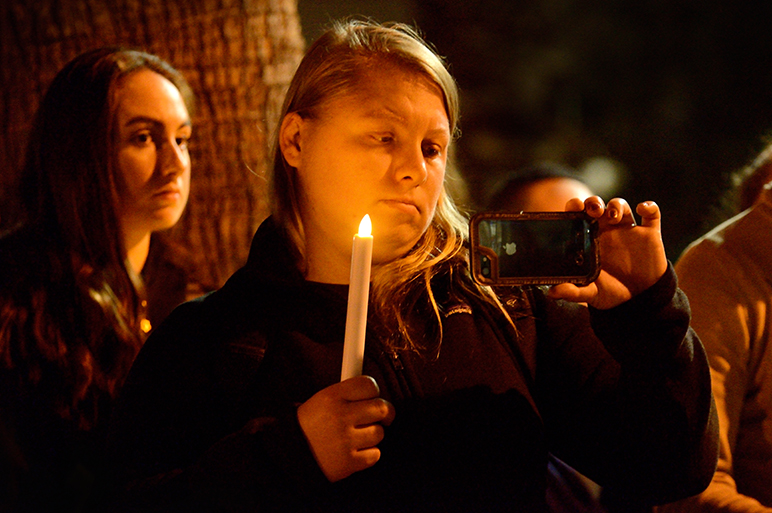 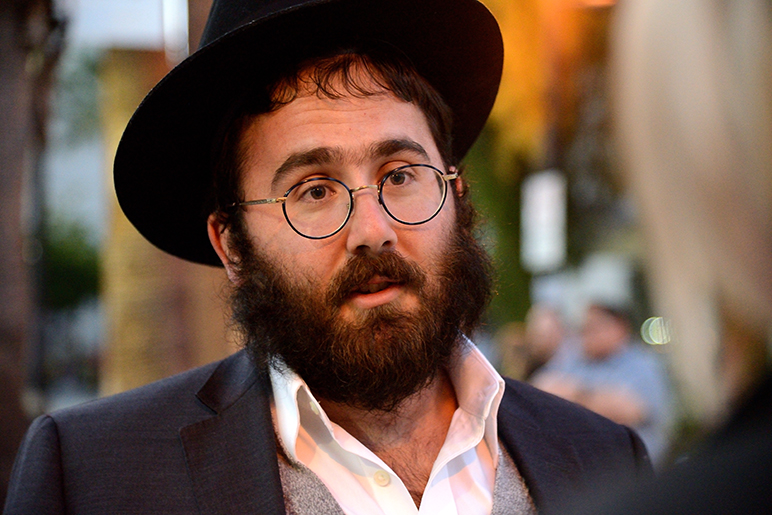 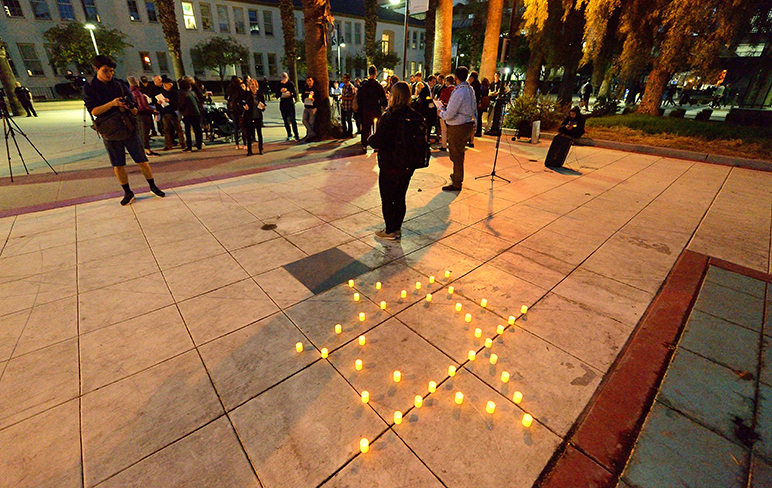 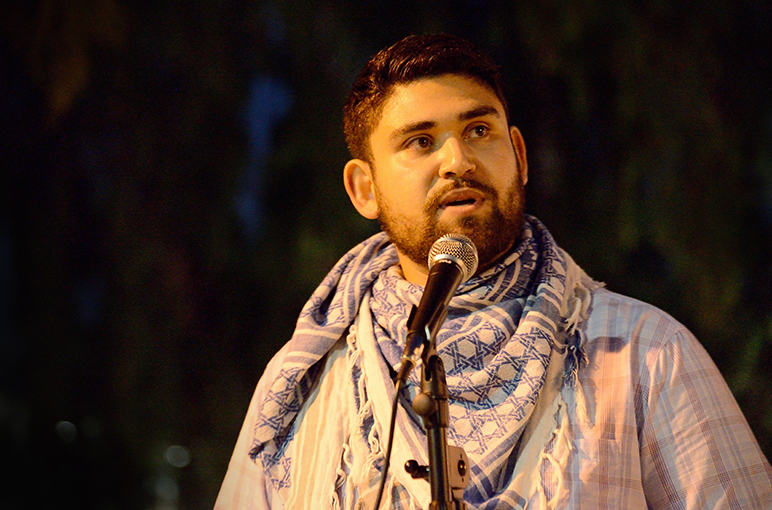 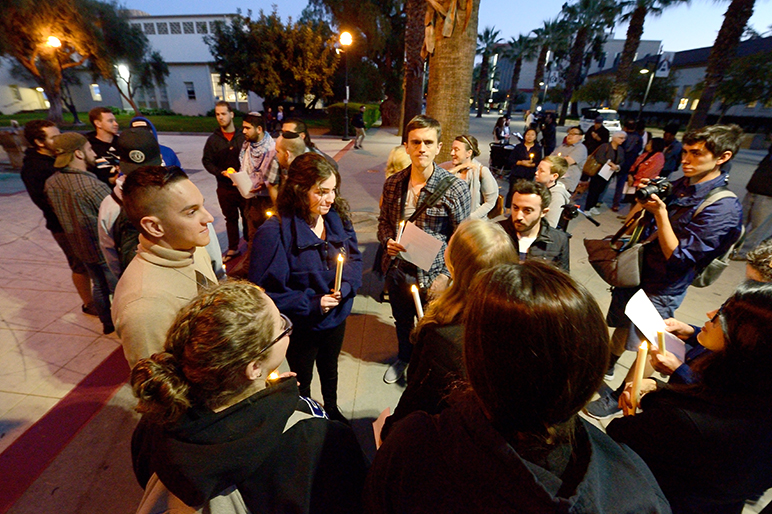 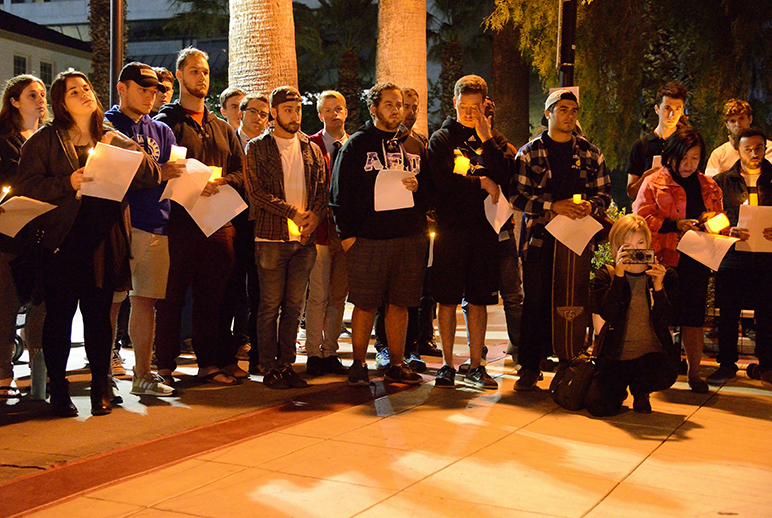 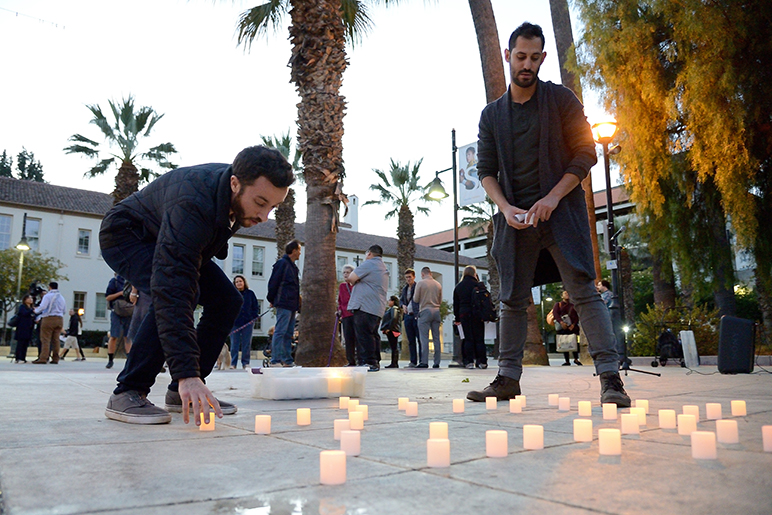 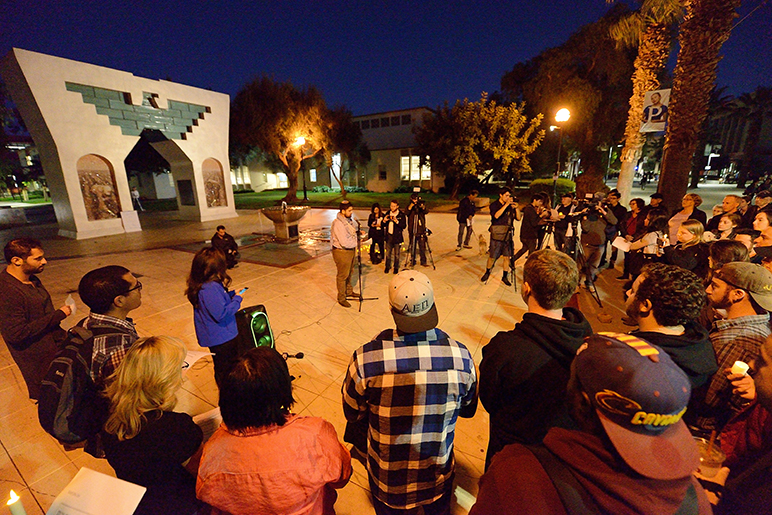 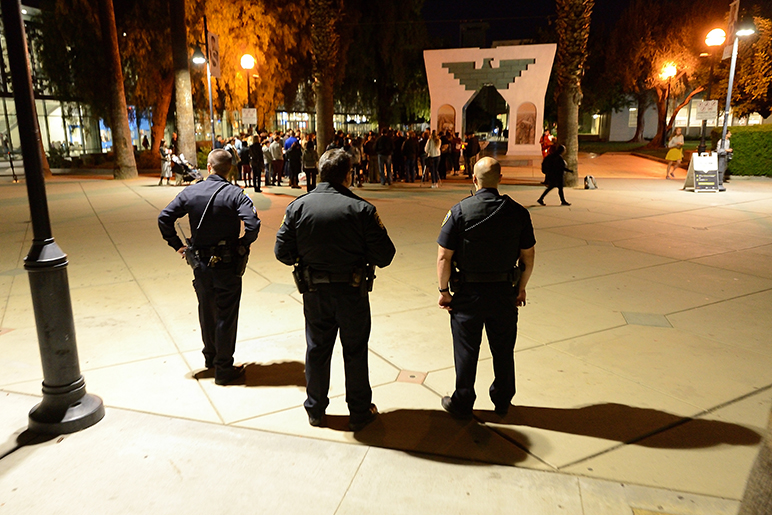 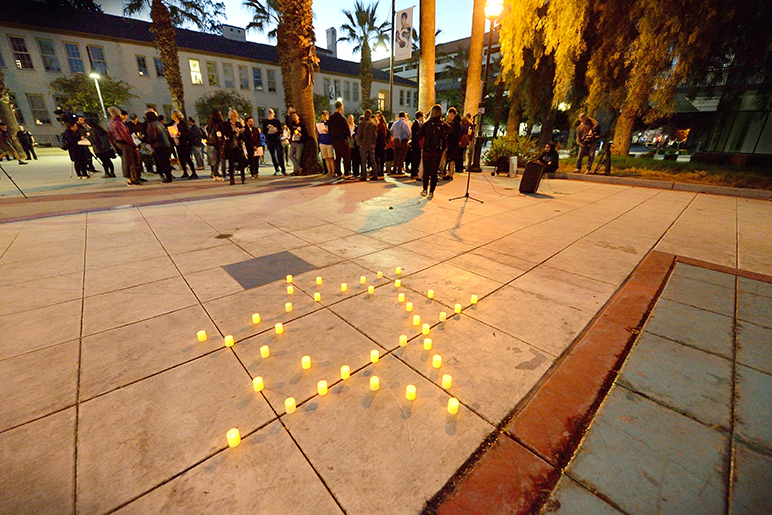 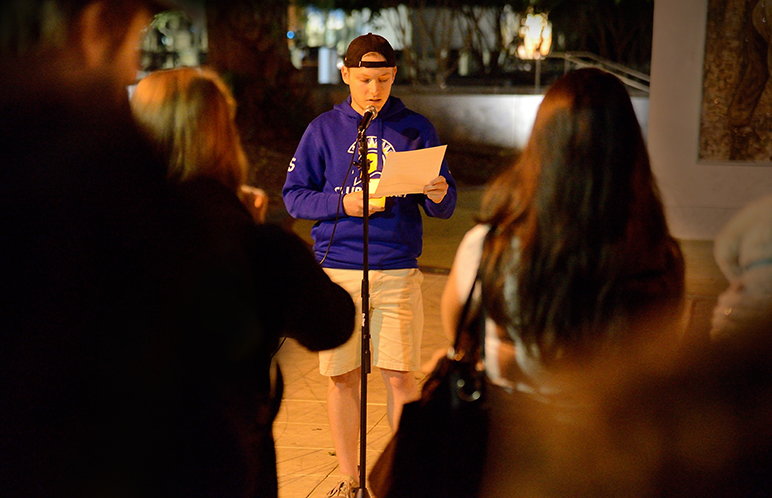 Speakers named the 11 victims and took turn sharing anecdotes about each person whose life came to a tragic end last weekend.