San Jose will lose a bit of its soul when a 106-year-old business closes its retail outlet at 840 The Alameda and moves its wholesale operations to neighboring Santa Clara. Schurra’s Fine Confections has been a fixture on The Alameda since the 1930s, when Albert and Justin Schurra expanded from Stockton and Modesto.

The Central Valley stores are long since gone. The San Jose store, known for its dipped apples, sea salt caramels, truffles and Easter bunnies, all produced on site, will close its doors on April 28, 2018, the company announced today. A three-week customer appreciation sale will begin on April 10. 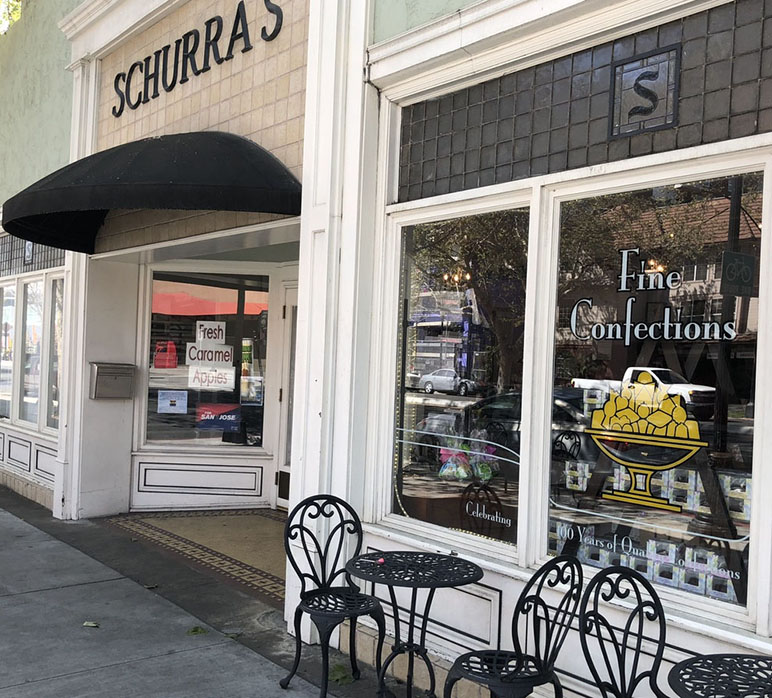 Proprietor Brian Mundy, who took over the operation from his late father Bill Mundy more than a decade ago, took a break from cutting caramel squares to explain the tough decision.

The first challenge he faced was after the city invited iconic local businesses to establish shops at Mineta San Jose International Airport. Schurra’s opened in Terminal A in February 2010.

While initially successful, business tanked when then-airport director Bill Sherry moved flights to the new Terminal B a few months later, leaving the older terminal with a trickle of passengers. Mundy says that debacle cost the business more than $200,000.

“We recovered from that and started to take a little money out.” Mundy said. “Then the sewer line collapsed.”

The biggest problem, though, has been high labor costs and the difficulty of finding employees. Mundy, 49, says he couldn’t overcome “a 300 percent labor cost increase” and that he’s been unable to take anything out of the business in five years.

The family-owned building has been sold because the candy shop, which pays for the care of his ailing elderly mom, cannot afford the rent. The Alameda has been booming since Whole Foods opened three years ago. Apartment buildings have been rising across the street, and Google plans a massive headquarters around the corner.

Though the historic building’s been sold and the store will close, Mundy hopes to keep the brand alive through an as yet unsigned “production partnership.”

“We’re not selling the name,” he said. 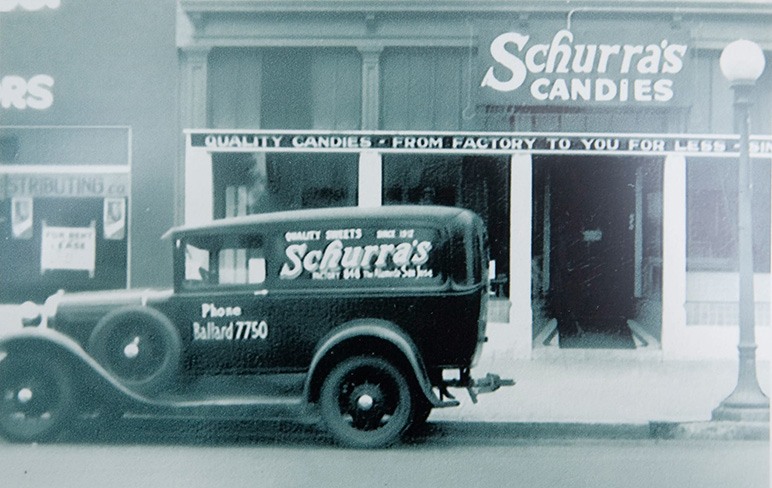