The Santa Clara County Board of Supervisors is poised to approve the second tranche of Measure A funding on Tuesday—$350 million for the construction of affordable housing.

In 2016, more than two-thirds of county voters approved Measure A—a $950 million housing bond with the goal to create 120 new affordable housing developments over the next decade.

Of those 34 projects, four have been completed; 217 of the 2,969 new apartments will be occupied this spring and summer; and 332 of the 618 refurbished units are occupied as well.

Now with the second tranche, the county hopes to purchase and build several more sites to reach its goal of 4,800 new units by 2027.

Consuelo Hernandez, Director of Santa Clara County’s Office of Supportive Housing said 12 sites have already been identified around the county.

With the $350 million allocation, the county is in talks to purchase four sites through a collaboration with the Santa Clara Valley Transportation Authority, along with seven sites in Mountain View and one site in Los Altos.

Hernandez said the Los Altos one is particularly exciting because it will be the first affordable housing site to open in the city, with potential for 90 units.

She also noted that the county, in collaboration with nonprofit and county partner Destination: Home, is looking to identify and purchase more properties in Palo Alto.

Hernandez noted that through collaborations with cities and non-profits, in addition to supplemental state funding through Project Homekey, the county has been able to make the money last longer and is already ahead of its Measure A timeline.

“We are in our fourth year and we are over 62% of our goal,” Hernandez said in front of the site for a new affordable housing complex in downtown San Jose. 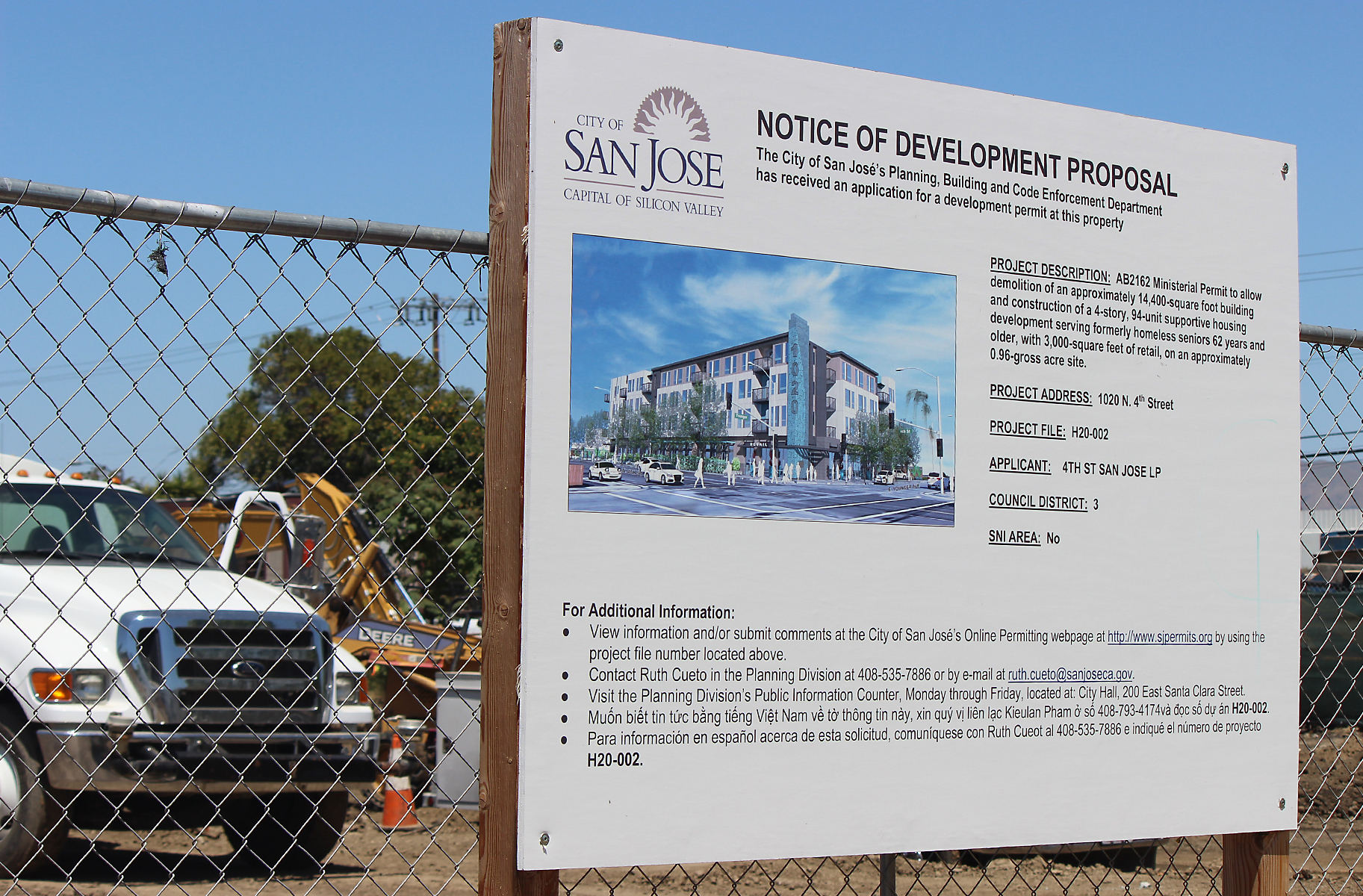 An affordable housing complex, 4th and E. Younger Apartments, is expected to open by Dec. 2022. It was funded through Measure A housing bonds passed by voters in 2016. (Jana Kadah/Bay City News)

The site, located on Fourth Street and East Younger Avenue, is projected to be completed by December 2022 and have 93 affordable units.

It is one of the county’s three new sites that will be ready in 2022.

In 2021, despite pandemic-related delays, the county will still be opening four different housing sites.

In a few weeks, the Leigh Avenue Senior Apartments will open to provide 63 affordable housing units.

And by December 2021, Iamesi Village, also located in San Jose, will open with 109 supportive housing units—of which 49 will be dedicated to unhoused veterans, Hernandez said. Affordable housing has “never been more important because the homeless problem in Santa Clara County and the Bay Area has been exacerbated by Covid-19,” architect of Measure A Supervisor Cindy Chavez said.

On any given night, there are at least 10,000 unhoused people sleeping on Santa Clara County streets and with the state eviction moratorium set to expire at the end of June, that number may increase exponentially.

“We have tens of thousands of households that are one paycheck away from being on the streets, and now with incomes decreasing and debt increasing these families are more vulnerable than ever,” Ray Bramson, Chief Impact Officer of Destination: Home said. “That’s why projects like (these) and the work of Measure A is so critical.”

Bramson warned that without long-term solutions like building more affordable housing, “we’re never going to escape the troubles in this pandemic and you’re never gonna see people off the streets.”

But Bramson, Hernandez and Chavez are hopeful.

“We’re in a really great place right now,” Chavez said. “We have lots of housing that’s in the pipeline. It just needs to be fully funded.”