Residents and local officials gathered at the Mountain View Senior Center on Saturday for the region’s first listening forum on LGBTQ issues. Santa Clara County’s Office of LGBTQ Affairs and the Mountain View Human Relations Commission hosted the event, which drew a room of about 40 people who led the conversation on a broad range of topics, including how to prevent hate crimes and curb LGBTQ homelessness. 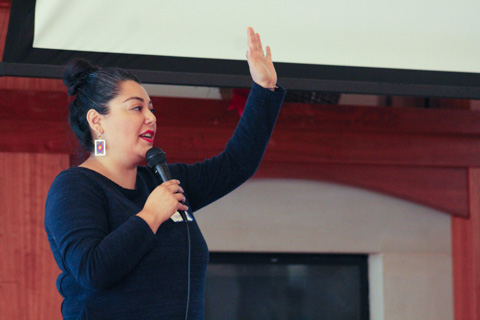 Maribel Martinez, who helms the county Office of LGBTQ Affairs, led the dialogue after speakers gave an overview of local government programs. Since opening in 2016, she said, her office has studied existing county systems, built its core team and laid the foundation for future policy work.

“It became really important that we have these milestones where we can come back and share with the community where we are, but also to really invite them to give direction and share about what they feel is important,” she told the crowd. “Particularly right now with the national climate around LGBTQ rights—we want to make sure that as a local government we’re responsive to the needs of our community.”

The forum was the office’s first stop in a 10-stop listening tour throughout the county.

“We’re hoping to go throughout our county and invite communities that perhaps have felt disenfranchised from the traditional or governmental structure,” Martinez said. “We want to hear from everyone and provide opportunities throughout the year to do that.” 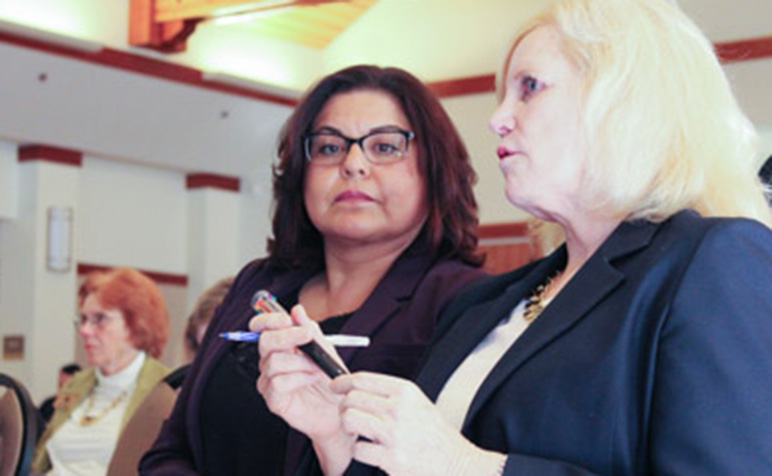 In her opening remarks before joining roundtable discussions with Deputy Mollie Madden, Santa Clara County Sheriff Laurie Smith explained how her patrol division and jails have written LGBTQ inclusivity into their official policy.

“The policy is the only policy in the country that we found that encompasses from inmate intake, to re-entry back into the community, and the time while they’re in custody,” she told attendees. “The policy provides guidelines to properly housing LGBTQIA inmates as well as making informed decisions regarding access to programs, services, toiletries, preferred clothing items and many other things within the facility.”

With an emphasis on safety, Smith continued, her agency works to treat everyone fairly.

“We’ve also been the first law enforcement agency to include both preferred and assigned sex information in our law enforcement computer databases,” she said. “This allows us to consider inmates’ pronouns and name preferences during day-to-day interactions.” 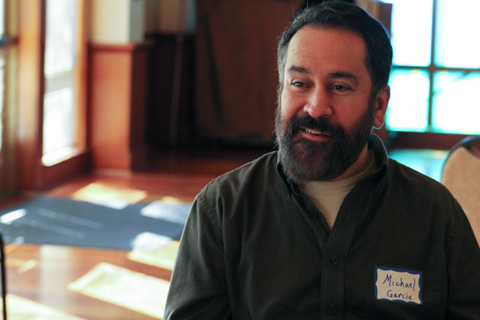 Michael Garcia, one of about 40 attendees at the weekend forum.

Michael Garcia, a gay man, said he’s always been interested in fostering a greater sense of community in the South Bay, so he was heartened to hear what local agencies have been doing to support LGBTQ residents.

“I think transgender people still need more support,” he said. “Even with the legalization of same-sex marriage, individuals may have their own struggles with family or other things. Anybody within the LGBTQ community could be really supported.” 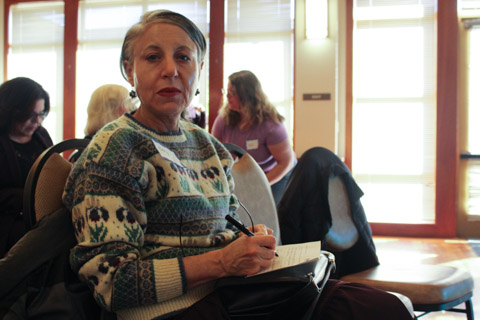 “I had no idea that there were problems with health care,” she admitted while filling out a comment card for the Human Relations Commission. “I think what interested me though is we’re having, in the mainstream community, similar issues. I’m hoping our healthcare system and all sectors of society work to protect all sexes and future sexes.” 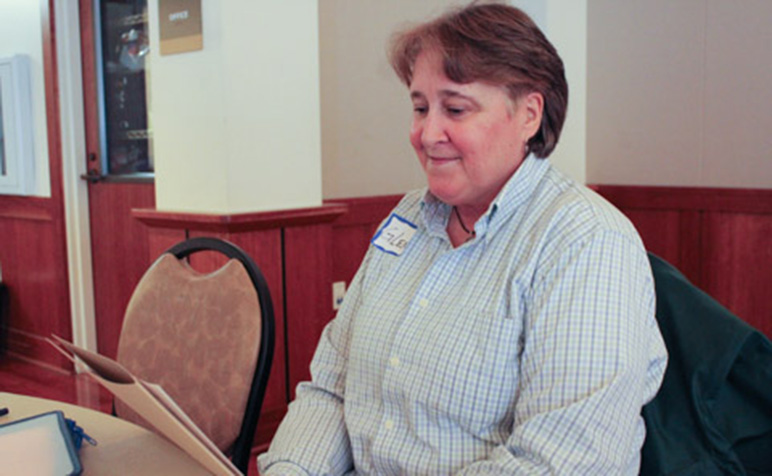 Glenne McElhinney, a lesbian woman, reflected on the political gains the queer community has witnessed in the course of her life. She said she remembers walking the precincts for local LGBTQ rights initiatives in 1980 and ’81 that got voted down.

“They had these huge bitter campaigns and the voters voted against us,” she recounted. “And they slapped them and took away the gay rights ordinances. We lost both of them. That’s a slap that our community has never forgotten, the ones that have been around a while. So 35 years later, finding this [listening tour] happening is a good thing.” 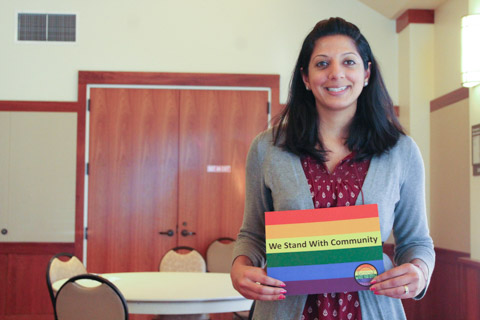 Mountain View Human Relations Commissioner Arti Sharma said she looks forward to gleaning more insights from upcoming forums. She noted the data from each event will complement a LGBTQ needs survey she, her colleague Julie Solomon and their colleagues on commission have been conducting for the past six months.

“The survey is a part of our information gathering and fact-finding,” Sharma said. “We hope to make some recommendations to the rest of our colleagues that are on the [commission] but also the City Council for the city of Mountain View. We’ve interviewed different constituents to in local government as well as small business, large business, education, so we’re hoping to get their feedback and input in what we can do to help support our LGBTQ community.” 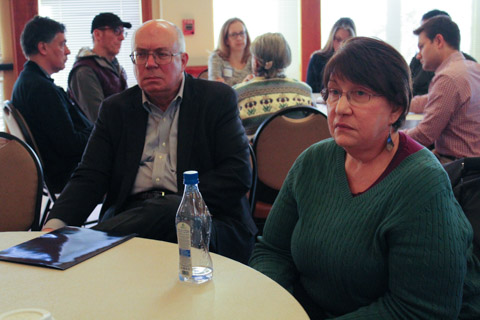 Supervisor Joe Simitian (left) was one of several public officials to join the first stop in the 10-event listening series.

“I’m here to listen ... I have been impressed at how much we have accomplished over the years and how much more we still have to accomplish,” he said. “I hope to use the time that we have here today to make more progress.”

All photos by Kristin Lam.