People living in one of Silicon Valley's largest homeless settlements got cleared out Monday morning by Caltrans—the latest in a slew of sweeps that collectively displace hundreds of residents and cost the region millions of dollars each year.

Upward of 100 people were living at the encampment at I-280 and I-101 in East San Jose before state officials gave them notice to move. Activists who got wind of the eviction staged a protest early Monday morning to call attention to what they call inhumane displacement tactics.

Below are some images from the protest and sweep. All photos by Samantha Lopez. 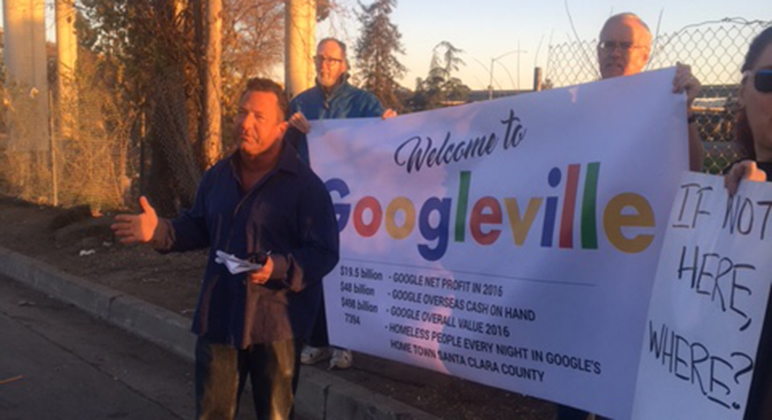 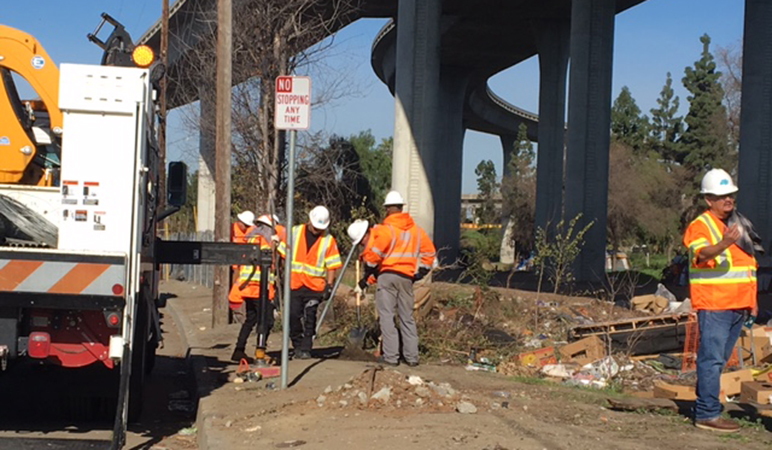 Caltrans crews stood around for some time before commencing with the sweep. 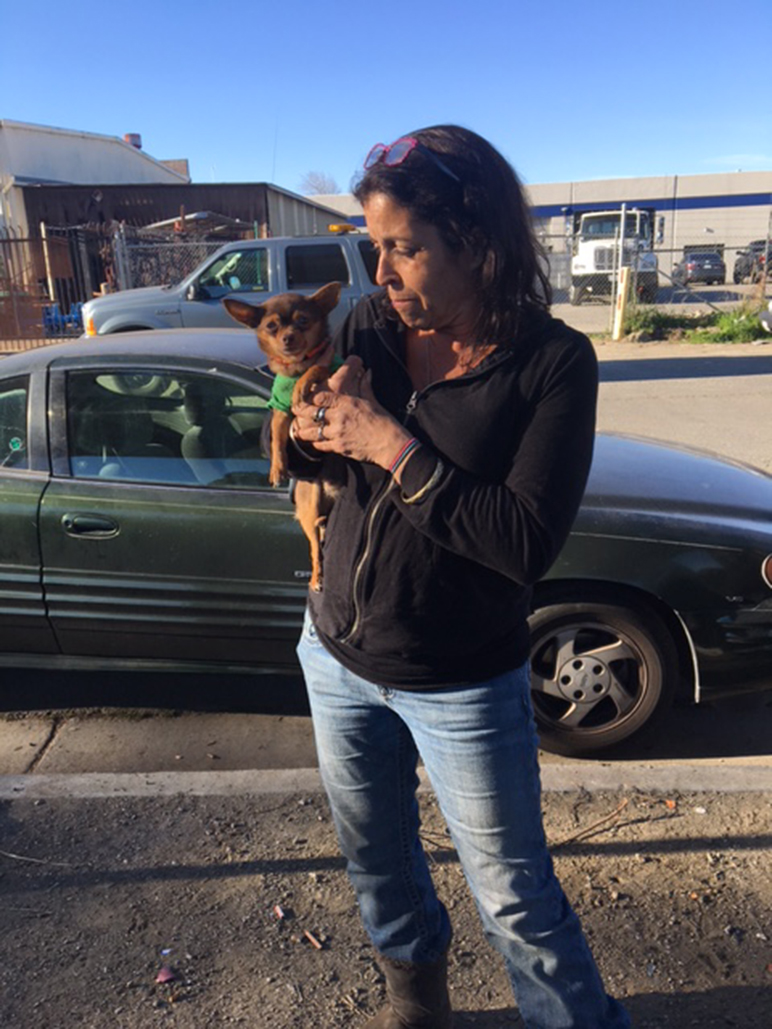 A homeless woman pauses to comfort her dog before packing up her things to leave. 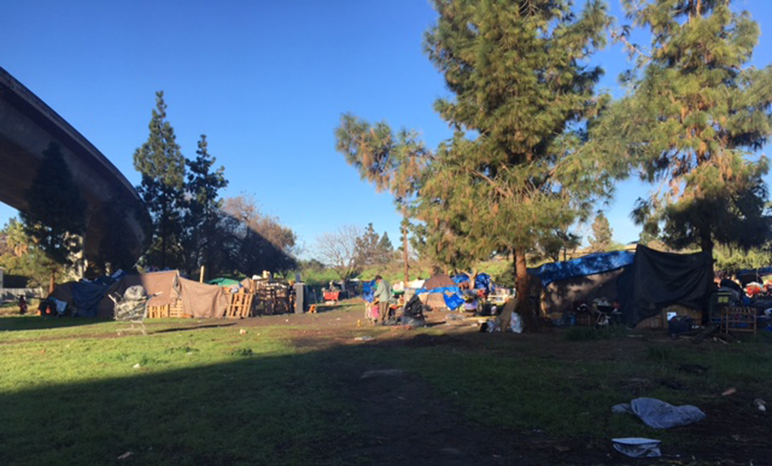 ‘Googleville’ was called the biggest encampment since The Jungle, which San Jose dismantled in 2014 in the dead of winter. 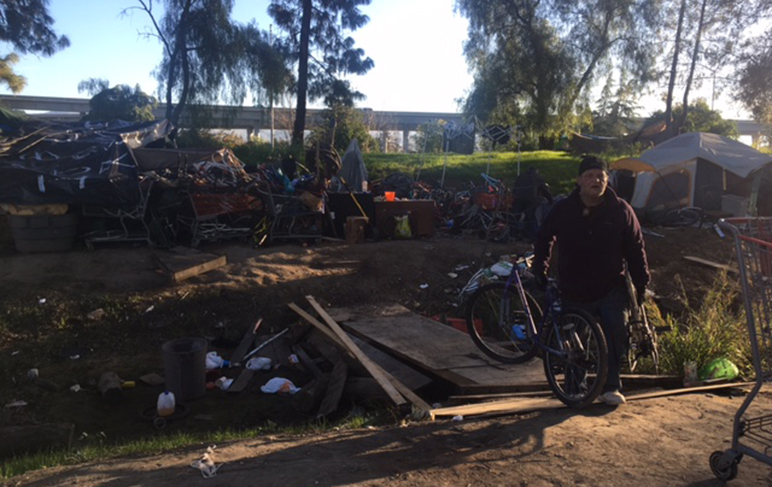 Upward of 100 people lived at the camp. 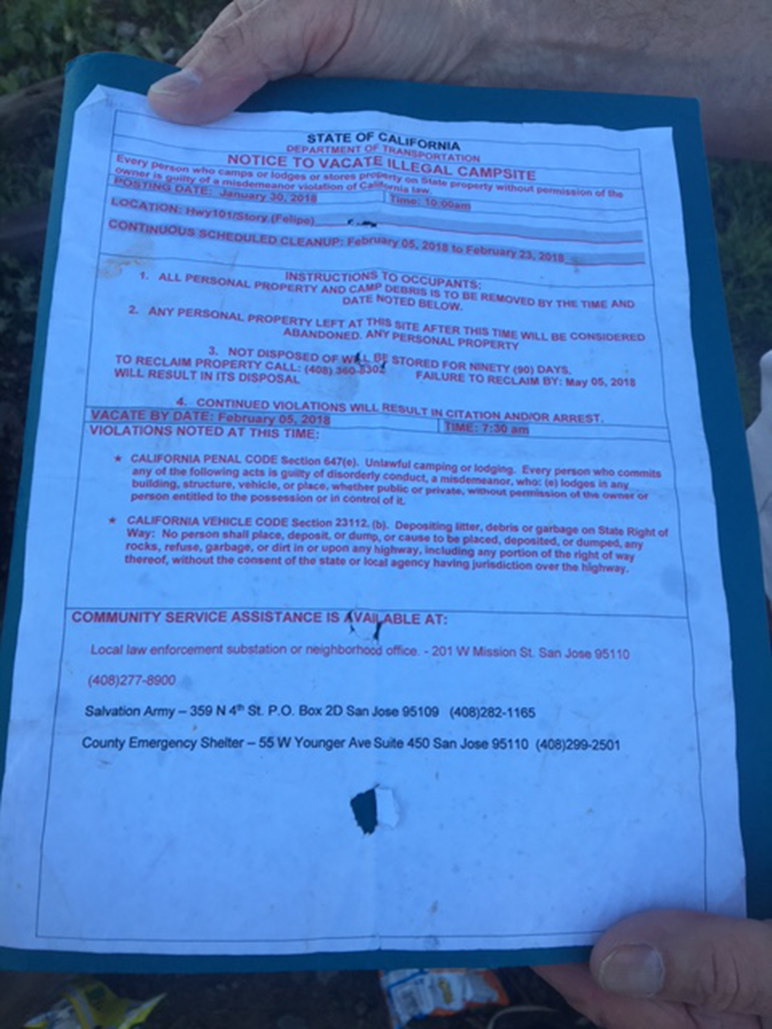 Residents of the camp were given a few days’ notice to leave. 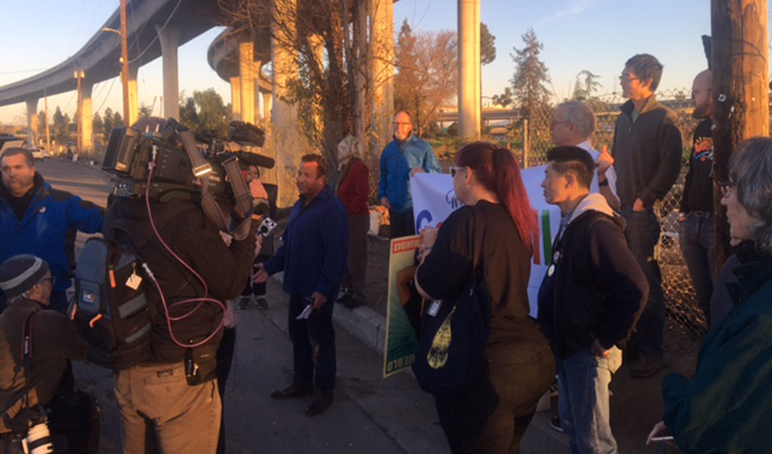 Protesters decried the sweep as inhumane.