James McClure enlisted in the Air Force in 1952, just four years after President Harry S. Truman issued an executive order to desegregate the military. Over the ensuing decades of his career, McClure—an African American raised in the post-Depression, Jim Crow South—penned letters to his family from deployment out of state or abroad.

He chronicled the places he traveled, the things he learned in training and the discrimination he experienced as a black man—despite the military’s formal desegregation. He wrote about missing his wife, Joyce, and instructed their children to take care of her in his absence. He wrote short stories that taught his sons and daughters the art of narrative.

As a record of a young family and a pivotal point for race relations in America, the lovingly archived correspondence might have eventually wound up in a museum. 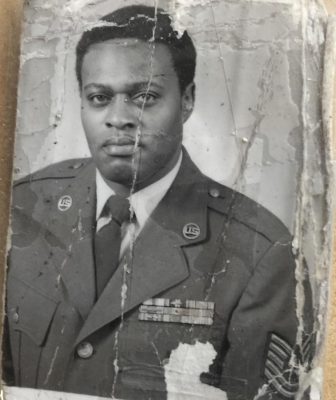 McClure died from heart disease at the age of 44, just five years after retiring as decorated master sergeant. Those missives went from his wife to their son, Mark McClure, who kept them in a box within a bin atop a shelf inside a storage shed behind his house on 20th Street in San Jose.

Then the flood hit. Almost exactly a year ago, the Anderson Dam overflowed from weeks of heavy rains, rushed through Coyote Creek and inundated low-lying neighborhoods along its banks. The deluge tore through Mark’s backyard in the Olinder Park neighborhood and into his shed, where it toppled the shelves, popped open the bin and hurled the elder McClure’s letters into the filthy water.

“The letters entrusted to me to keep safe,” Mark says, “were reduced to a pile of disintegrating mush in a puddle of ink.”

Had he known even an hour beforehand of the coming flood, Mark, 54, could have stowed the letters in a safe place. Now, he’s one of about 150 victims poised to sue the city of San Jose, the Santa Clara Valley Water District and Santa Clara County for failing to protect residents from flooding and failure to notify them of the impending disaster.

“People should have been given a fair warning,” says Amanda Hawes, the attorney representing the plaintiffs, who are seeking millions of dollars in compensation.

The complaint, which has yet to be filed in Santa Clara County Superior Court, comes after nearly 400 victims of the post-President’s Day weekend flood filed claims for $18 million damages. They say that the defendant agencies failed to properly design and maintain its storm sewers, flapper valves along the river and the park in Rock Springs. They contend that the agencies failed to establish and supervise emergency shelters and failed to provide housing for low-income families. 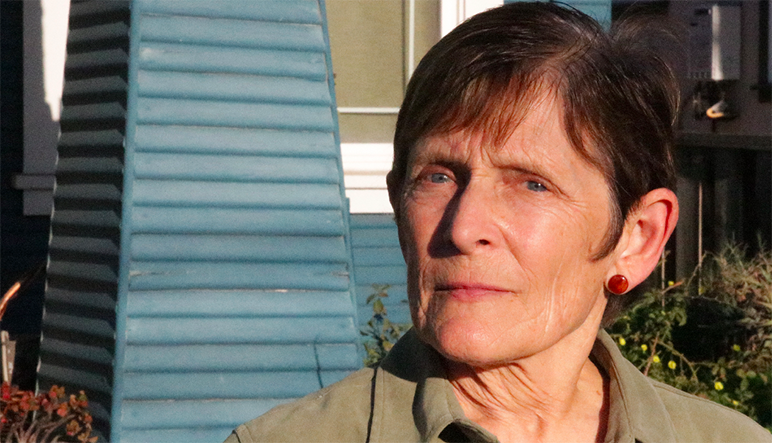 Last year’s flood was predictable and preventable, Hawes says. Every single time the Anderson Dam has overflowed since its construction in 1950, Coyote Creek has spilled its banks. The water district should have done more to convey the urgency of the situation to the city, which is the agency responsible for sounding the alarm during emergencies. And the city should have issued evacuation orders before the water was lapping at people’s front doors in the Rock Springs neighborhood, where hundreds of people were displaced—some of them permanently.

Dick Santos, chairman of the water district board, says his heart goes out to the people impacted by the disaster last year—but that his agency has since taken “many positive actions” to reduce the risk of future floods.

Among other actions, he says, the district has done the following:

County Counsel James Williams says it’s “unfortunate” that the county is being included in the flood litigation.

“The county continues to support a number of programs for the flood victims, including property tax relief,” he says. “We continue to provide mutual aid and other assistance with the recovery efforts, including assistance to the city of San Jose.”

“The city does not believe it has any legal liability and denied the claims under operation of law,” he says. “We recognize that many of those impacted by the flood experienced hardship and have faced difficulties in the recovery. The city has worked and continues to work with many nonprofit organizations to provide resources and support to those individuals and families in need.”

For those who were displaced and sickened by the flood, however, the emergency response from the city, county and district was disjointed and woefully inadequate.

Though Rock Springs resident Samantha Lopez, 25, counts herself lucky because her family had a place to stay for the few months it took to make their apartment habitable again, other people fared far worse.

“Some people are still displaced, even a year later,” she says.

Lopez says she’s dealing with the consequences of the water district’s incompetence and the city’s inaction to this day. The stress of being forced out of her home with no chance to retrieve her medication or any other belongings exacerbated her Lupus, causing flare-ups that put her at higher risk of ending up on kidney dialysis.

“I will now have to watch my health much more closely due to a flood that could have been prevented,” she says. 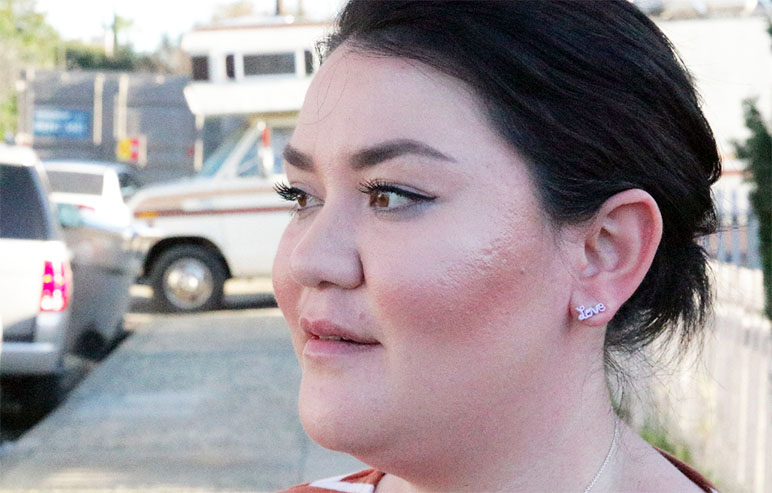 Samantha Lopez, 25, was displaced from her home for months after the flood. (Photo by Dan Pulcrano)

The flood took a physical toll on Lopez’s neighbor, A. Huynh, too. The Rock Springs resident of more than three decades contracted a virus at the Seven Trees Community Center emergency shelter after the flood. The symptoms—fainting, coughing up blood, an ulcer—lasted for weeks and resulted in a hospital visit with a $5,240 tab.

Four months after the flood, Huynh’s landlord jacked up rent by 50 percent. To this day, Huynh continues to rent a room on the city’s dime because the apartment still isn’t legally habitable.

“Every day I am stressed and have migraines,” Huynh says. “I am so worried about how I can replace all the stuff that I lost due to the flood. I am depressed every day and cannot concentrate on other things.”

For 10-year-old Roma Smith, the sudden surge of water that turned the street outside her family’s Olinder home into a river left a lasting anxiety.

“If it rains I get scared,” she says, standing outside her home on 20th Street. “Being in a drought makes me feel safer.”

Several of the plaintiffs questioned whether their neighborhoods would have been left so vulnerable if they were affluent. Residents were taxed for permanent flood protection infrastructure that was never built.

“It seems to me that disasters like this flood usually don’t happen to the upscale West Siders because the authorities take the very steps to protect them and their property that were not taken during the Coyote Creek flood of 2017—and also for the earlier floods in 1997 and 1983,” Mark McClure says.

Roma’s dad, high school math teacher Geordie Smith, says several of his neighbors had to move away for good after the flood. Some couldn’t come back because the landlords jacked up their rents or lagged on fixing the damage. Others were saddled with crippling repair costs, of which flood insurance covered only a fraction. People who owned their homes outright and weren’t required to insure their homes in the first place were slapped with bills in the hundreds of thousands of dollars.

“If the dam and creek were managed better,” he says, “this wouldn’t have happened.” 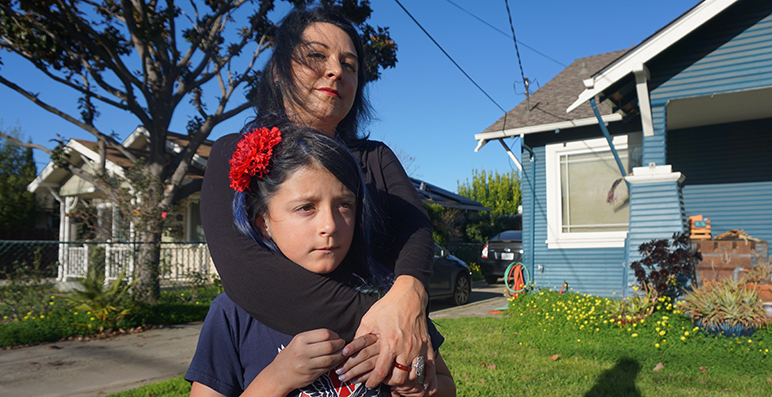 Jolene and Roma Smith outside their Olinder area home, where floodwater filled the entire basement after Coyote Creek surged over its banks on President's Day weekend in 2017. (Photo by Jennifer Wadsworth)