On Friday, Jan. 10, more than 130 million Americans will be able to file their tax returns without paying an accountant, using a tax preparation service or buying tax software. For the first time, taxpayers can submit online in a straightforward way that doesn’t trick them into paying $40 or more to establish a “freemium” account.

Taxpayers with incomes of $69,000 or less—in other words, most Americans—may now conveniently opt out of paying to file their returns, following changes the U.S. Internal Revenue Service (IRS) announced in December. No longer bowing to pressure from the tax prep software industry, the IRS can open its own online free filing portal, which it had agreed not to do in 2002 amid pressure from companies that didn’t want the competition. Countries such as Sweden, Australia and the United Kingdom already offer direct online submission portals.

The free service could have become standard practice a couple of decades ago, but an entire industry grew up around the federal government’s inability to provide a tax filing system that’s comprehensible to average Americans. Instead of fixing its system, the IRS teamed up with a consortium of online tax providers who, instead of making the services widely available to Americans of modest means, charged billions of dollars for services that many taxpayers could have gotten for free, had they known where to find them.

The industry giants had ample incentive to drag their feet. Experiencing double-digit growth in 2000, H&R Block’s U.S. tax offices brought in $1.4 billion in fees that year through its 10,000 offices, filing a quarter of all prepared U.S. tax returns.

The up-and-comer, however, was its online product, which had 1.4 million users, geometric revenue growth and an 80 percent market share in the exploding new sector.

In 2001, the Office of Management and Budget under newly elected President George W. Bush recommended 24 e-government initiatives, one of which would allow U.S. taxpayers to file their taxes, for free, online. This of course freaked out Intuit’s bean counters. The software maker had just managed to pull down a 30 percent profit as it crossed the $1 billion annual sales threshold.

In 2002, the IRS entered into an agreement with a consortium of commercial electronic tax filing services to provide Free File services to the lowest 70 percent of income earners.

During its two decades, the program languished as the paid services flourished. Less than 3 million used the service when more than 100 million taxpayers were eligible. While the paid commercial providers advertised and improved their offerings, Free File faded into obscurity, failing to make its services accessible to the elderly and non-English speakers.

The turnabout, a boon to many Americans who never should have had to pay for filing their taxes anyway, is a victory for public interest journalism. The non-profit investigative news site ProPublica sued the government to release documents that showed how the tax prep software titans worked for years to dissuade the government from enabling free filing. Intuit went so far as to rouse up “grassroots support” by enlisting religious leaders, small-town mayors and civil rights activists to pen op-eds opposing government efforts that would make it easier to file taxes.

Intuit’s TurboTax plan for 2014-2015 included “new ally recruitment” of groups like the Teamsters and IBEW, along with “increased African American and Latino outreach” and leveraging trade groups to support beneficial legislation, according to a document obtained by ProPublica.

In May 2019, two U.S. senators called for inquiry in a rare example of bipartisanship. “Recent news articles have alleged deceptive advertising practices and practices involving search-engine manipulation by some of the private­ sector participants in this program,” Senate Finance Committee Chairman Chuck Grassley (R-Iowa) and Sen. Ron Wyden (D-Oregon) wrote. In that same month, Los Angeles City Attorney Mark Feuer filed a lawsuit against H&R Block and Intuit in federal court, alleging that the two dominant players intentionally misled low-income taxpayers into paying for tax-filing services that were supposed to be provided at no cost.

ProPublica estimates that “U.S. taxpayers eligible for Free File are spending about $1 billion a year in unnecessary filing fees.” The necessity equation may not hold true in Silicon Valley, however, where incomes are nearly double the national median and more taxpayers are likely to have investments and freelance or business income, which make self-filing through a stripped-down system impractical.

“There are a lot of people who can file pretty simply and probably don’t even need TurboTax,” San Jose-based accounting firm Petrinovich Pugh & Company principal Edward Davis says. “For others, TurboTax can guide you through the deductions. The new tax laws are pretty complicated, though. For people who have anything going on that needs any interpretation, you probably need to engage some professional help.”

According to Free File spokeswoman Vickie Hull, the Free File consortium has 10 member companies and is a 501c4 non-profit trade association that partners with the IRS. According to its most recent publicly available Form 990 disclosure statement, it collected $482,000 in dues. 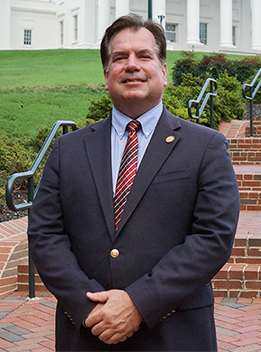 Free File Executive Director Tim Hugo, a Virginia state legislator and lobbyist who is paid $185,000 a year to represent the member companies, did not return a call by press time. Hoang Tran of the 1040now.net, one of Free File’s three directors, says, “we all pay dues.”

However, when asked how much those dues amount to, he replies: “I don’t know. I am unable to provide that information.”

“Not all taxpayers trust the IRS,” he points out. “They think that there’s a conflict of interest between people that file taxes and the people they pay taxes to. We think we do a better job of it than the government does.”

The commercial sector clearly made sure its paid offerings outperformed pages with information about the no-cost options. Critics of Free File say the online providers manipulated code to ensure its revenue-producing pages outranked ones with information about unpaid options in web searches. ProPublica reported in April 2019 that TurboTax used “deceptive design and misleading advertising to trick lower-income Americans into paying to file their taxes, even though they are eligible to do it for free.”

Intuit specifically took the time to add code to its website, in a robots.txt file or HTML tag, telling search engines like Google not to include its Free File web pages in search results, according to ProPublica. The code read “noindex, nofollow,” and it was changed within days of ProPublica’s investigation so that tax filers could finally use search engines to find the web page.

Intuit CEO Sasan Goodarzi then said in an internal company video that making the Free File product harder to find was actually “misinterpreted.”  The move was intended to help taxpayers be “more fully informed about their options” so they “could choose what they felt was best for them,” Goodarzi said in the video.

Yet again, ProPublica unearthed the documentation of this corporate spin.

Military filers landed in their own special maze of TurboTax, where a military web page directed “many users to paid products even when they are eligible to get the same service for no cost using the Free File edition,” several military members told ProPublica. It seemed to work out for Intuit’s bottom line: They reported "double-digit growth" six months later from the military and digital native customer segments.

By 2018, only 1.6 percent of the more than 154 million tax returns were filed using Free File software, according to the IRS National Taxpayer Advocate Nina E. Olson. Use of the free program steadily declined between 2013 and 2017 as it lost more than 700,00 users, IRS data showed—despite robust growth in the online filing sector. The IRS was so uncommitted to the program, it stopped undertaking satisfaction surveys and failed to advertise the free services.

In the new agreement with Free File, signed Dec. 30, members agreed not to “exclude their Free File Landing page from an organic internet search” and “will ensure a link on their sites is available to return taxpayers to the IRS Free File website at the earliest feasible point in the preparation process if they do not qualify for the Member's Free File offer.” The members must also provide quarterly reports to the IRS on free filing activity.

Intuit, meanwhile, is still subject to lawsuits and investigations into its practices, including suits brought by taxpayers in federal court in California.

For Silicon Valley, which prides itself on disruptive innovation, has been increasingly unmasked for anticompetitive practices, corner-cutting and a tin ear for social equity. The Free File saga is the latest chapter in the unfolding story of the technology revolution’s unfulfilled promises.

Alisha Green contributed to this report.