Santa Clara County prosecutors have declined to file charges against an activist held on a staggering $500,000 bail for a single count of felony vandalism—at least for now. That means 23-year-old Hailey Scimone should walk free before the end of the day.

The case made headlines because of the extraordinarily high bail set by Judge Paul Bernal, who provided no public justification for setting it 50 times beyond what’s prescribed for such crimes. It also stood out because of the kind of warrant the San Jose Police Department used to arrest Scimone on suspicion of felony vandalism.

It took three days behind bars before Scimone got a copy of the warrant police used to justify the arrest. What it showed is that San Jose police got Judge Bernal to sign off on the warrant on Sept. 28—and then waited five days to serve it.

When cops finally showed up to a Santa Clara home around 10pm on Saturday to take Scimone into custody, they reportedly never provided a copy of the warrant nor the specific criminal incident alleged. 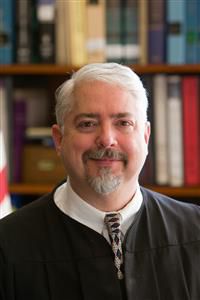 Instead, Scimone had to wait until Monday to find out—by way of a SJPD press release—that authorities suspected them of vandalizing Mayor Sam Liccardo’s home on Aug. 28 as part of a protest against the shooting of Jacob Blake.

Bernal—who has held himself out as a friend of the Liccardo family and volunteers as San Jose’s official historian—set Scimone’s bail at $500,000 for a crime with a $10,000 bail schedule and no bail since the courts began waiving it for non-violent crimes during the pandemic.

For context, $500,000 is the bail schedule associated with crimes such as human trafficking, assaulting police with a machine gun or semiautomatic weapon and engaging in three or more acts of pedophilia.

It’s unclear whether police asked for the $500,000 bail or whether Bernal determined that the appropriate amount. San Jose PD demurred when asked and Bernal has yet to respond to a request for comment.

Even Liccardo found the bail amount staggering. On Monday, he said: “In my days as a prosecutor, I saw much lower bail amounts set on people charged with violent assault.”

When asked for additional comment today after the name of the judge came to light, the mayor replied: “As I said yesterday, beyond knowing that an arrest had been made, I didn’t know any of the details either of the arrest or of the defendant until I read about it in the media. In the last 24 hours, I’ve learned that Judge Bernal set the bail in this case, but I have not communicated in any way with either Judge Bernal nor anyone else at the courthouse for several months prior to this incident, not has anyone communicated with anyone else at the courthouse about the case at my direction or on my behalf.”

A copy of Bernal’s Sept. 28 warrant didn’t make it to the desk of Santa Clara County Deputy Public Defender Carson White, Scimone’s lawyer, until Tuesday morning. That’s because police used a Ramey warrant, which allows them to make an arrest before the District Attorney’s Office even has a chance to review the case.

White, who’s part of a pre-arraignment representation team that filed a writ of habeas corpus challenging Scimone’s incarceration, says the fact that San Jose PD waited nearly a week after obtaining the warrant to serve it on a weekend is troubling.

Scimone’s defense lawyers argue that police served the warrant on a weekend to subject their client to the maximum amount of pre-arraignment jail time. By getting booked on a Saturday, Scimone faced the prospect of waiting 96 hours before seeing a judge.

“This all but confirms our suspicions,” she tells San Jose Inside, “that Hailey’s arrest on this bail amount was strategically orchestrated to ensure they spent the most time possible in pre-arraignment custody without access to an attorney or the ability to go before a judge and request their release.”

“We’re fortunate to be witnessing something that was designed to be kept secret," she says. “A Ramey warrant is designed to exclude attorneys and any accountability.”

The only other time Ware says she’s seen a Ramey warrant used was last year in a case against someone accused of being an accomplice to a crime. White says she believes police use them at times to pressure people into becoming informants.

Ware notes that in Scimone’s case, police could have called them in for questioning anytime in the past month since the alleged vandalism at the mayor’s house. Instead, they chose to interrogate Scimone in jail despite lacking enough evidence to convince prosecutors to file a charge.

“The only thing they got out of this was jail time,” Ware says.

SJPD spokesman Sgt. Christian Camarillo says he would have to get more information before he could comment on why his agency waited five days to serve the warrant.

Bernal, a former prosecutor who once worked alongside Liccardo at the Santa Clara County District Attorney’s Office, has served as a jurist since Gov. Gray Davis appointed him to the bench in 2000. His current term ends in 2025.