A new report titled Dying at Work was released in time for May Day, a celebration of labor rights by nonprofit think tank Worksafe Inc. Here’s a look at some of the findings.

The number of documented employment-related fatalities in California in 2017, according to the report. That’s far less than the 376 workers who were killed the year before. An exhaustive tally is hard to come by, however, since the U.S. Bureau of Labor Statistics doesn’t count deaths from occupational diseases that develop over time, and doesn’t include fatalities mistakenly attributed to natural causes or personal medical conditions. 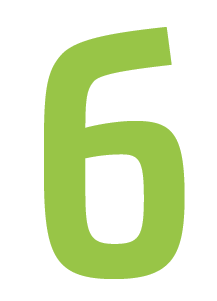 The number of such deaths in Santa Clara County last year, including San Jose bouncer and Little League coach Frank “Pancho” Navarro, 35, who was stabbed while working security outside Tres Gringos on Feb. 26. Two Gilroy laborers also died on the job: John Vodanovich, 54, was crushed by a tree that fell on a work truck parked at his company’s maintenance shop on Feb. 27, and Pedro Douglas-Perez, 67, got run over by a tractor on Sept. 1. In March, 65-year-old spotter Alfredo Prado was run over by a truck while directing traffic at a Hollister landfill. Driver Benjamin Sanchez, 51, fatally crashed into a tree in Mountain View. And finally, 57-year-old laborer Jose Rivas died in a work truck that caught fire after a collision in Cupertino on Dec. 30.

Percentage of all U.S. workers killed on the job in 2016 who were classified as Latinos. The riskiest jobs include transportation, material moving and construction and extraction occupations. “California can and must do better,” the report concludes. “A protective workplace safety culture can only occur in the larger context of a worker-centered culture that values and protects workers, their families and their communities.”