Police are asking for the public’s help in finding a Santa Clara air-conditioning repairman who was convicted last week of sexually abusing a little girl for more than a decade.

Fifty-five-year-old Apollo Johnsen skipped his Sept. 16 court date and has been on the lam ever since, according to the Santa Clara County District Attorney’s Office. A jury convicted him without him present; a judge issued a warrant for his arrest. 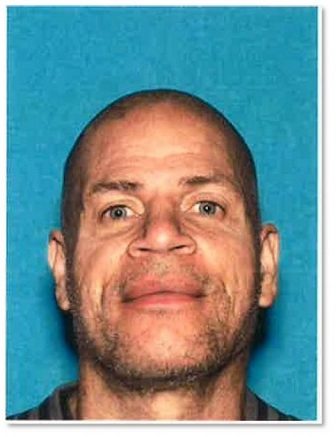 Johnsen began molesting a 6-year-old girl in 2005, according to prosecutors, and the assaults culminated with him raping her 10 years later. The victim told no one about the abuse until May of 2016 when she was hospitalized for a panic attack.

Johnsen was arrested a month later at his home in Santa Clara. He was released from jail of his own recognizance five months later. On Sept. 26 this year, just last week, he was convicted of 16 counts of child molestation.

According to the DA, Johnsen also had a prior strike from a 1993 case in which he posed as a heating and air-conditioning repairman to get inside a credit union before it opened. Once inside, he held a woman who worked there at gunpoint and stole more than $50,000. When a second female employee walked into the branch, he tied her up—also at gunpoint—before he fled the scene. A jury convicted him of felony second-degree robbery and false imprisonment.

Johnsen owns Day & Night Furnace Co. and changed his name from Dennis Ray Johnsen to Apollo Johnsen. He faces a possible sentence of more than 200 years in prison.

Anyone who sees Johnsen or knows where to find him is urged to not detain him but to notify local law enforcement. Send tips to Santa Clara Police Department Det. Scott Mead at 408.882.7474 or to the anonymous hotline at 408.615.5847. Or, call Deputy District Attorney Jason Malinsky, of the Sexual Assault Unit, at 408.792.2428.