In his first chairperson’s report at the Jan. 4 Santa Clara Valley Transportation Authority (VTA) Board Of Directors meeting, Liccardo advocated for further reductions in transit service to help close a $20 million operating deficit this fiscal year, and a $26 million operating deficit in 2019. He announced the formation of a committee to address VTA’s structural operating deficit, and provide solutions. The gist of his comments start at the two-minute mark of the following audio clip.

Learn more about how this service cut strategy fails to resolve any VTA operating deficit—and what you can proactively do to change history in your favor—below.

Here’s who else will be on this current edition of the ad-hoc committee:

Note the lack of taxpayer, senior or disabled and environmental groups on the committee. Such groups are most likely to have the ideas needed to resolve VTA’s current fiscal crisis. Also note that the Transit Justice Alliance was convened by Working Partnerships USA, an organization that once employed Chavez.

This follows similar committees VTA formed in 2003 and 2010 to address prior operating shortfalls. Both past committees recommended transit service reductions to resolve operating deficits at the time.

Talking Points
Liccardo’s statements at the VTA board meeting in January contradict calls for the city to “reduce greenhouse gas emissions.” Worse still is that his advocacy for further cutting VTA service violates San Jose’s own General Plan 2040 goals. One of those goals: reducing vehicle miles traveled in San Jose by 40 percent within the next 22 years.  For more about how Liccardo stands to exacerbate traffic gridlock in San Jose, click here. 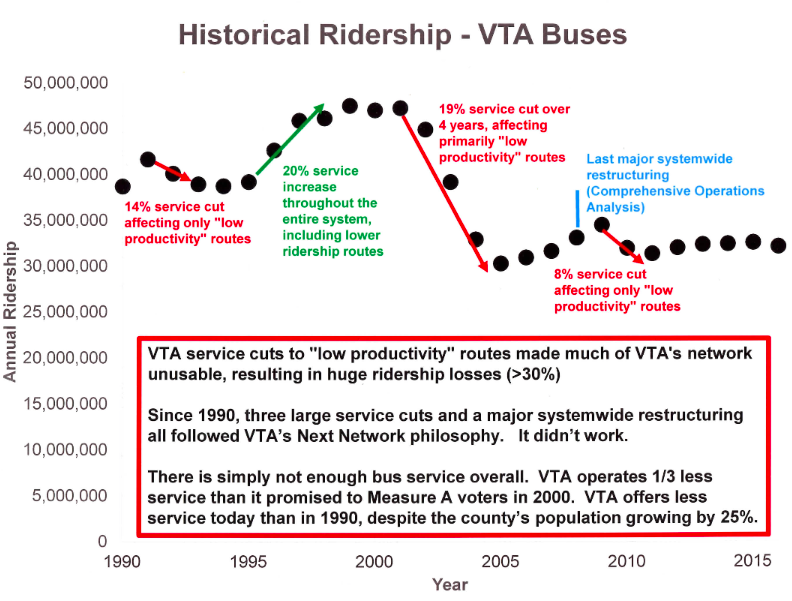 The chart above, courtesy of the Almaden Valley Community Association, shows VTA’s historical bus ridership. Now, VTA has a third less bus service than what it promised voters who approved Measure A back in 2000. Compare that chart to VTA’s own bus ridership and bus service facts, which you can see below. 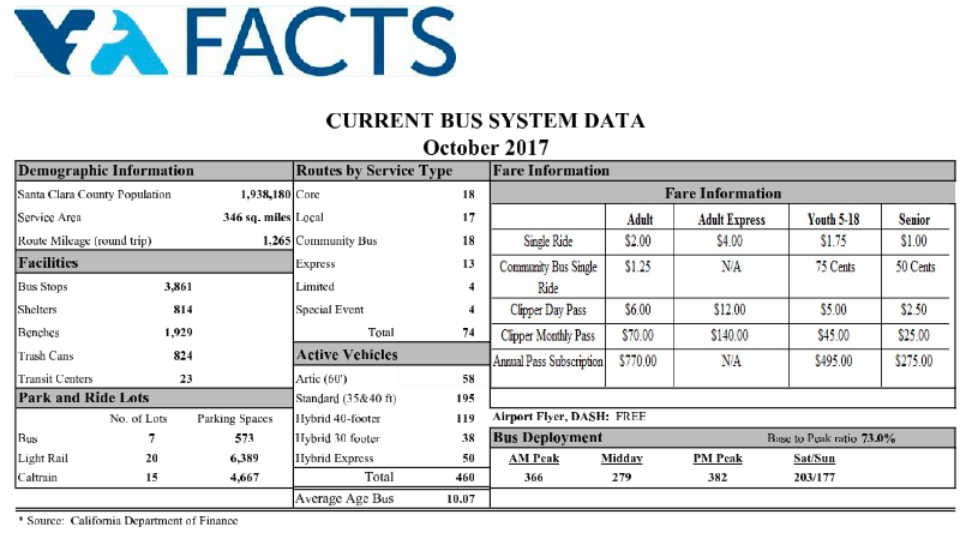 Another factor not acknowledged publicly in the VTA’s latest “financial crisis?” 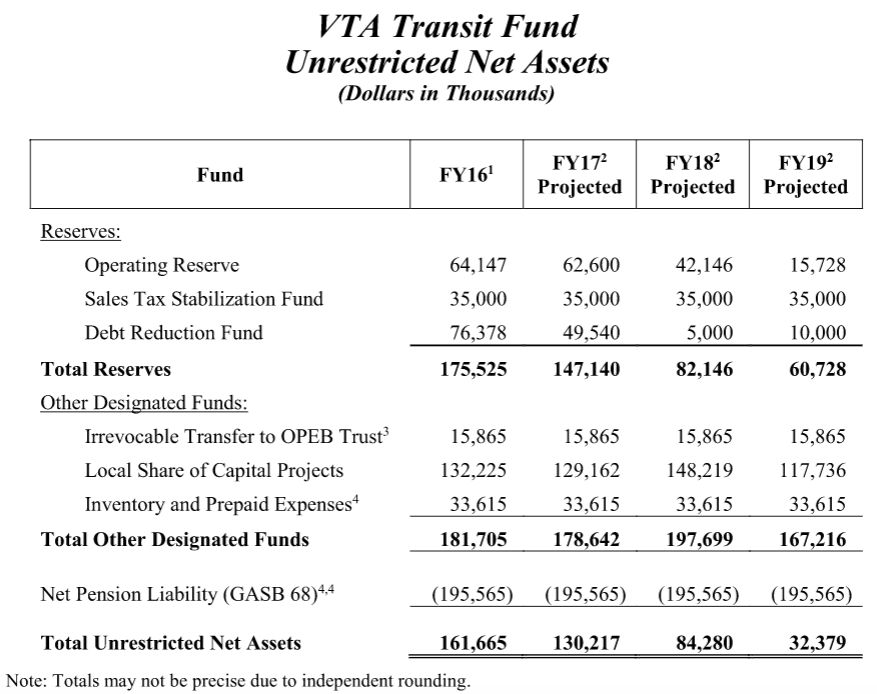 The VTA owes over $195 million in unfunded pension liabilities. This can be found in VTA’s approved fiscal year 2018-19 biennial budget.

Remember Measure B, a transit and highways VTA ballot measure from November 2016? That money is currently tied up in appeals court, and thus “out of play.” No date has been announced as to the final appeals court verdict.

In terms of cities with public transit, Seattle is the current trendsetter. Meanwhile, Silicon Valley continues to be—at best—a trend follower and is on the path of being a trend repeater. Let’s change that now.

Starting Now, What Can I Do?
Let Liccardo know he must put public transit—especially buses—as a top priority instead of adding more auto traffic. Call him at 408.535.4800 or email him at [email protected] today.

This is especially important if you live in San Jose, because you are one of the managers he reports to. If you live outside San Jose, make sure to contact the VTA board member who represents your jurisdiction.

Also, if at all possible, come to Thursday’s VTA board meeting in San Jose and tell him face to face that he must prioritize transit—especially buses—in Santa Clara County. Here are the details for that meeting:

WHEN: 5:30pm Thursday
WHERE: County Government Center, 70 W. Hedding St., San Jose
GETTING THERE: VTA’s 61, 62, 66 and 180 express bus lines or light rail
MORE INFO: For further details on transit service in the area, read this map

Beforehand, read up on VTA’s latest budget to learn where your sales tax money is going this year. Based on agency’s latest biennial budget, what do you think needs to be cut in terms of its operations budget? Please discuss in the comments.

In conclusion, let’s make sure failed history does not repeat itself.

Eugene Bradley is the founder of Silicon Valley Transit Users, an independent grassroots advocacy and watchdog group. This post was originally published Feb. 12 on www.svtransitusers.org. H/T to Adina Levin of the nonprofit Friends of Caltrain who alerted the author to Mayor Liccardo’s comments. Opinions are the author’s own and do not necessarily reflect those of San Jose Inside.