Only one proposal in the year-long history of the San Jose Inside Power Poll has been more popular than the notion that the U.S. Justice Department should charge former president Donald J. Trump with one or more crimes.

Meanwhile, 57% of poll respondents—and four out of five with an opinion on the topic—do not believe that San Jose’s old city hall needs to be preserved for its historic significance.

In the poll, 70% of respondents said they believe that people should have the right to work as contractors if they so choose,

explicitly rejecting the thinking behind the state restrictions on gig workers better known as AB 5.

And finally, Palo Alto Police Chief Bob Jonsen is leading retired sheriff’s Capt. Kevin Jensen as our panelists’ preference to replace sheriff Laurie Smith, but 43% of respondents don’t yet have an opinion.

Congressional hearings on the January 6 insurrection have concluded for the time being. Did you watch any of the sessions? 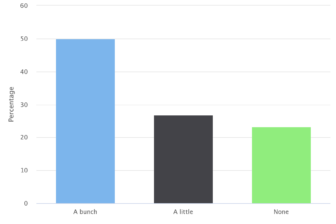 Based on what you learned from the hearings

or already knew about the events on Jan.

6, do you believe the Justice Department should charge Donald J. Trump with one or more crimes? 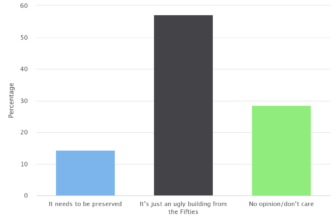 Truckers across California recently staged protests in opposition to AB5, a soon-to-be implemented state law that will require employers to reclassify various types of independent contractors as employees. Supporters say the measure will provide such workers with the benefits and protections they deserve, but many con

tractors and gig workers fear the measure will cost them work or increase their expenses. Select the statement that most closely aligns with your viewpoint:

In the race for sheriff, it’s Jensen (retired sheriff’s captain Kevin), versus Jonsen (Palo Alto Police Chief Bob). Whom would you vote for if the election were held 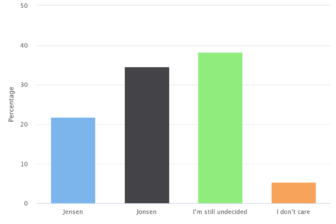 Three out of four panelists said they have watched at least some of the congressional investigation into the Jan. 6 insurrection. But eve

n few of the respondents who were unable or uninterested in following the hearings had any doubt about what the final result should be. Only one out of nine respondents believe that Trump should not be charged, with 5% tuning out Trump altogether.

Most panelists with an opinion regard San Jose’s old city hall as nothing special, though preservationists say its demolition would set a dangerous precedent. County supervisors are expected to make a final decision on the fate of the structure at some point in the future.

Californians revealed their thoughts about AB5 back in November 2020, when they voted to exempt rideshare drivers from the legislature’s gig-worker restrictions by a margin of 58% to 42%. Because the ridesharing companies that opposed AB5 spent a fortune trying to exempt themselves from the measure, many in the media painted that vote as an illegitimate byproduct of voter confusion. But there was and still remains ample genuine opposition to the state’s strict rules.

Our panel’s overwhelming opposition to the measure suggests that Californians are far more supportive of the gig economy than the union-backed Democrats who dominate our legislature.

Voters often don’t know that much about even incumbent sheriffs of some tenure, so it’s not a great surprise that many are still uncertain about how they’ll vote in Jonsen v. Jensen. Still, three out of five people with an opinion favor Jonsen, so Jensen may have some work to do to make this a race.