When a team of 18 biologists in mid-August rescued threatened Central California Coast steelhead trout in Coyote Creek, the magnitude of the feat wasn’t lost on anyone involved.

Least of all on Clayton Leal.

“This was a first-of-its-kind thing .... conducted by Valley Water,” the senior water resource specialist told San Jose Inside in a recent interview. “I’m not really familiar with anything else done at this level for any other species. This was a major effort that had consultants involved as well.”

Native to Coyote Creek, the steelhead population is in decline, making the local watershed particularly important to preservation efforts.

The species—classified as threatened under the Federal Endangered Species Act—needed to be relocated before Valley Water starts to drain Anderson Dam on Oct. 1 to allow for the construction of a new, larger outlet tunnel. 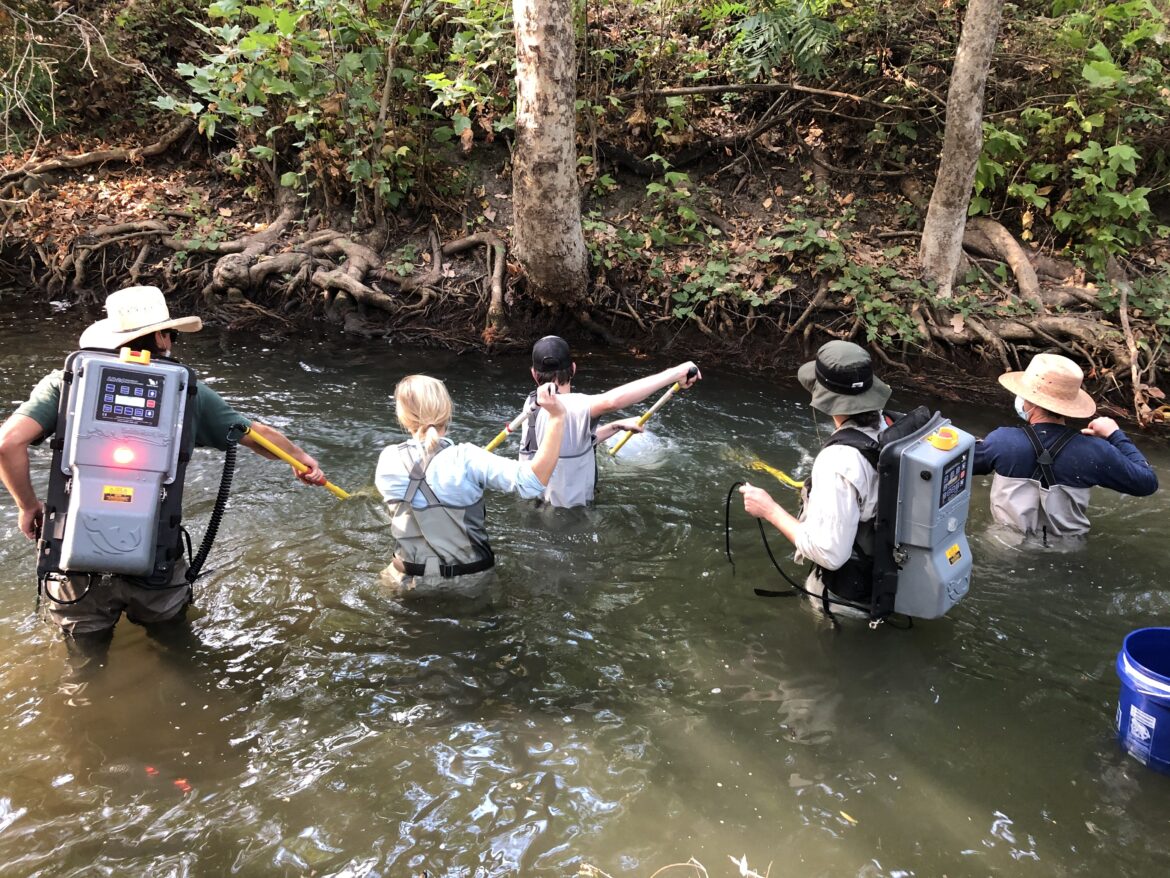 It took four days and 18 biologists to pull off the rescue. (Photo courtesy of Valley Water)

Emptying the reservoir and building the outlet comes in response to a directive from the Federal Energy Regulatory Commission, which deemed the dam—which is part of Santa Clara County’s largest reservoir—too earthquake-prone to stay full.

The steelhead rescue took a few days, from Aug. 17 to Aug. 20, and required biologists to collect the fish from a four-mile stretch directly below the Anderson Dam before transporting them several miles away to another portion of the Coyote Creek watershed. Their new Coyote Creek home is expected to provide the fish with a safe habitat as dam construction gets underway in the months ahead.

Valley Water chose the new location for the steelhead after consulting with the California Department of Fish and Wildlife (CDFW) and the National Marine Fisheries Service NMFS). Scientists said they captured only young steelhead or resident rainbow trout that do not migrate to the ocean. Valley Water didn’t locate any adult steelhead, which typically live in the ocean by this time of year. 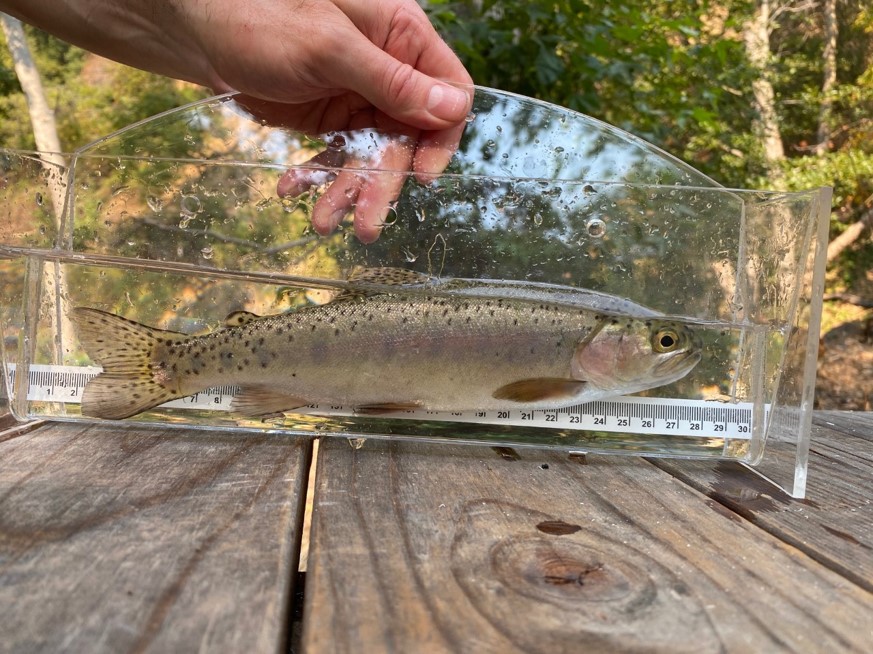 The rescue and relocation plan was developed in collaboration with the CDFW and NMFS. In May, Valley Water released higher flows of water from the Anderson Dam into Coyote Creek to encourage remaining juvenile steelhead to migrate into the ocean, limiting the number of fish that might be affected by the reservoir draining.

“This is an example of Valley Water’s commitment to protecting sensitive and threatened species like the Central California Coast Steelhead,” said Nai Hsueh, who chairs the Valley Water Board of Directors. “We believe it’s important to make every effort to move these fish into a more beneficial environment.”

Valley Water biologists had their work cut out for them as they dealt with adverse conditions, including a severe heat wave and massive wildfires.

“This was not only a major undertaking in terms of size and overall scope of a project, but based on the conditions the biologists had to deal with in the field at the time,” Leal explained. “It was coming right out of a major heat wave followed by terrible fires and smoke, not to mention the emotional stress with the fires. We had coworkers who were evacuated and the biologists had to make a decision of continuing the process or halting and coming back another day. It was really great to see the team willing to persevere and push through even with the terrible conditions.”