A single-story home daycare went up in flames at about 4:45pm Friday by the intersection of N. 21st and East Julian streets, prompting neighbors to battle the blaze with garden hoses until the San Jose Fire Department arrived minutes later.

Officials say there were no children in the building at the time and that there were no injuries reported. However, authorities say two adults have been displaced by the fire and are receiving emergency assistance from the American Red Cross. 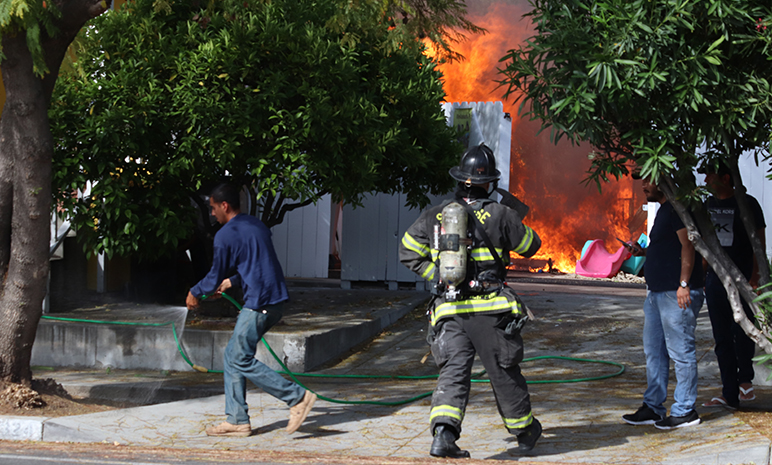 SJFD responded to the scene within three minutes of the 911 call. (Photo by Amani Hamed)

The cause of the blaze is unknown and under investigation.

Some of the residents who rushed to help began dousing the walls and roofs of their own homes as embers spread ahead of the response from SJFD’s Station 8, which dispatched a crew within three minutes of receiving the call from dispatch. The fire was upgraded to a two-alarm fire as it threatened adjacent structures.

The smoke drew onlookers from up and down the block, with residents coming out of their homes to join rubberneckers who walked, biked, or drove to the scene. 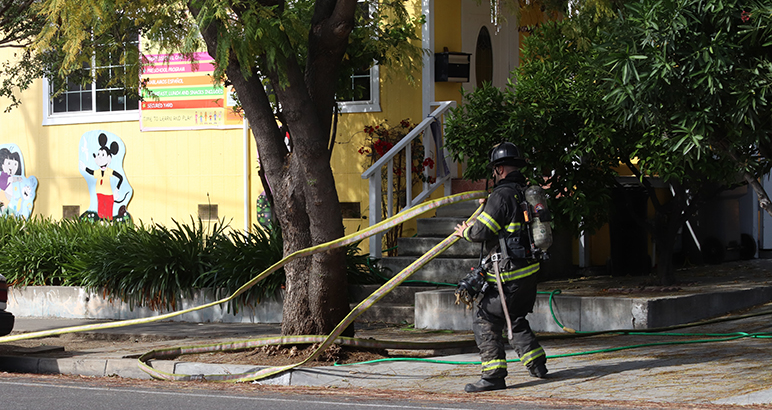 No children were hurt in the blaze. (Photo by Amani Hamed)

“Obviously people are concerned,” SJFD Capt. Brad Cloutier said. “We ask that they just stay in a safe spot, try not to be in a place where you’re interrupting our operations.”

Cloutier also said that the incident is a reminder how everyone should have working smoke alarms and a plan for how to safely evacuate their home in the event of a fire.

“If you can, evacuate your house and get everyone that’s inside out and call 911,” he told San Jose Inside. “Have a meeting place outside, and let us know when we arrive that everyone is out of the house. And obviously, with all the social distancing measures in place, please try to adhere to those.” 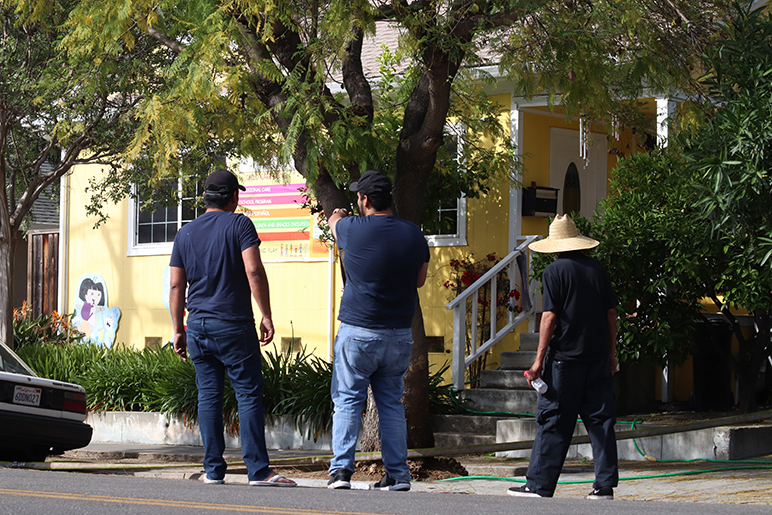 Onlookers from up and down the street stopped by to watch firefighters battle the flames. (Photo by Amani Hamed)