The Santa Clara County Sheriff’s Office placed the Main Jail on lockdown early today after an inmate reportedly broke free, snatched a gun and fired multiple shots at a cop.

Authorities say 40-year-old Joseph Castro was being brought into jail by a San Jose policeman at about 1:40am when—despite being handcuffed—he managed to break into the cargo area of a patrol car and grab a firearm.

The Sheriff’s Office is working an active situation at the lower level of the Main Jail in San Jose involving an arrestee with a gun. Shots have been fired by the suspect and numerous deputies and officers are on scene. Please avoid the area. More info to follow.

“The officer attempted to restrain Castro, however Castro was able to fire off rounds towards the officer,” Sheriff’s Office spokesman Sgt. Michael Low said in a news release. “The officer was able to move to a safe location and called for assistance.” 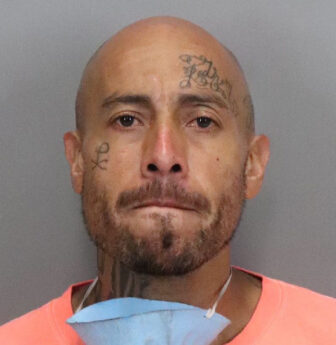 Sheriff’s officials say they emptied the parking lot by the jail’s intake area and put the entire facility on lockdown.

Officers from the San Jose and Santa Clara police departments and the California Highway Patrol arrived as backup along with the Sheriff’s Emergency Response Team and crisis negotiations experts.

Throughout the standoff, per Low, Castro kept firing rounds from inside the patrol car.

At 5:48am, the sheriff’s tactical team finally brought Castro into custody, according to Low, and brought him inside the jail without further incident. “No one was injured and Castro will be booked into the jail on numerous felonies,” Sgt. Low added.

Based on an initial investigation, the officer whose gun was taken followed the usual protocol for securing his service weapon in a patrol vehicle.

Sheriff’s Office detectives will continue to probe the incident, however, and ask anyone with relevant information on what happened to call 408.808.4500.