The scheduled restart of pro sports has arrived.

Major League Soccer resumed play on Wednesday. Major League Baseball on July 23 or 24. The National Basketball Association on July 31. The National Hockey League hasn’t yet set a date to resume its season, but training camp opens Friday, and the league is close to settling on two hub cities that will serve as the competition locations.

All of these situations are tenuous at best. What happens in the next couple of months is entirely out of their control. As states across the country see spikes in coronavirus infections, the only guarantee when it comes to the scheduled restart and continuation of pro sports in the U.S. is there is no guarantee.

To wit: In Orange County, Florida—the location of the Walt Disney World ESPN Wide World of Sports Complex where the 26 MLS teams and 22 NBA playoff teams will restart their respective seasons—more than 4,000 cases were reported on June 20.

Over the Father’s Day weekend, Orange County had the highest rate of positive tests in the entire state. The increasing cases of infections in the last three weeks in populous states have shown that the outbreak is far from over.

Unlike their NBA and MLS counterparts who are playing and staying in one location—a so-called bubble—MLB teams will be traveling for road games, meaning players and staff members will be spending plenty of time in planes, buses and hotels.

When asked how confident he was that a champion would be crowned in baseball this season, CBS Sports MLB analyst Jim Bowden, on the network’s website, said: “I don’t think any of us should count on anything with this coronavirus. I don’t think any of us know, and we have to wait. We’re starting to see the numbers grow. It’s going to keep growing. And then what we have to find out is, how quickly does everybody heal from it? Do we have serious cases? Do we have a situation where a certain team has 10, 11, 12 players test positive? Or are we going to be able to control it? I think the protocols for health and safety are in place. There is strong support and I think there is a good chance this is going to work. But I don’t think any of us are smart enough—not even the medical experts, not even the scientists—to answer your question.”

“I think there is a possibility if the MLB season starts, it doesn’t finish uninterrupted,” he said. “This virus and this pandemic has been unpredictable from the very start.”

The big risk exposure for MLB happens when players are in their home cities. If they don’t follow the suggestion to strictly quarantine as a professional duty, there’s a greater chance they will be infected. This is particularly true for any team that plays in Arizona, California, Florida and Texas, four of the states with the biggest recent outbreaks.

“You’re basically asking them [players and team staff members] to be on an honor system and say, ‘Hey, don’t go to bars, gyms and other high-risk areas, and telling all of their family members to do the same,” Zach Binney, an epidemiologist at Oxford College of Emory University, said. “That could work in areas without a lot of disease in places like South Korea and Germany, because the baseline risk of coming into contact with someone sick is relatively low. But that is not the case here in some MLBmarkets, so that raises the possibility of several positive cases popping up. If testing doesn’t catch all of them, that can quickly lead to a shutdown to a team and eventually the whole league.”

One has to look no further than the Orlando Pride of the National Women’s Soccer League. On June 23, the Pride withdrew from the NWSL tournament after six players and four staff members tested positive for Covid-19. It was reported a group of the younger players on the team did not maintain social distancing protocols and went to bars and nightclubs, which were open in Florida.

The scheduled restart to the NBA and NHL seasons doesn’t affect the Bay Area teams because the Warriors and Sharks had dreadfully woeful seasons and are out of the playoff picture. For the A’s and Giants, it’s a different story.

MLB reduced the 2020 season to a 60-game sprint—compared to 162 contests—and permitted teams to hold their first full-squad practice on July 2.

Meanwhile, the San Jose Earthquakes left for Orlando on June 24 to begin training for the restart of the MLS season, which was only two games in before the pandemic suspended the season in mid-March. Even though all of the teams in the MLS will compete in a World Cup–style tournament from July 8 to Aug. 11—the tournament has no bearing on the regular season—the league has no concrete plans after that. Ideally, they’d like to resume the regular season, but that remains a big unknown at this point.

Quakes defender Tommy Thompson was on a Zoom conference call with reporters two days after the team arrived in Orlando. Although Thompson—like the rest of the team—might have been a bit apprehensive heading into the unknown, he seemed to have peace of mind after spending a couple of days in the bubble environment.

“I do feel safe,” Thompson said. “I think there’s been a ton of precautions that have been taken. I’ve already been tested twice [in the first two days], and it’s good to see there is a process in place to protect us from the virus. I’m really optimistic about this tournament and what is going to transpire in Orlando.”

Several players from the MLB and NBA opted out from re-joining their teams due to health concerns, and the list grows larger by the day. Not a week goes by without a troubling development for the MLB and NBA, which have the most comprehensive health and safety protocols among all of the pro sports leagues.

Binney said the NBA deserves to be commended and has earned the benefit of the doubt for being the first league to shut down in mid-March. Once the NBA did, the rest of the sports leagues around the world followed suit. “They were, in a lot of ways, this country’s come-to-Jesus-moment in regards to the virus,” Binney said. “For that, I respect.”

Even though the NBA has been deemed by health experts as having the most solid safety plan out of all the sports leagues, it doesn’t have an answer to the biggest question of all. What happens if there is a coronavirus outbreak within the Orlando bubble?

“Even the NBA protocol, which is great, has one paragraph [in its Covid-19 100-plus page battle plan document] addressing what if things get worse,” Binney said. “And they’re pretty much saying, ‘Well, we’ll stay flexible and keep an eye on it.’ Again, I don’t necessarily hate that, but you need someone in charge who isn’t desperate to keep it going, a more neutral authority. No one has agreed on a set threshold [on what would constitute a league shutdown], and that’s fine if you have an independent authority deciding that. If not, for the amount of money that is at stake [for the NBA], you’re going to be tempted to keep things open longer than you probably should.”

Indeed, ESPN reported that the NBA is expected to lose $1 billion—yes, $1 billion—in revenue due to the coronavirus. It’ll cost $150 million alone just to restart the season in Orlando, showing there is plenty of money at stake for the NBA to not just get things restarted, but to complete the season.

On June 30, NBA Commissioner told Time that if “we have a lot of cases, we’re going to stop [playing].” Again, what constitutes a lot? No pro sports league has laid out exactly what the breaking point is going to be, or what type of outbreak will shut down a team. These are all things that will be determined in real time, which should make for a rather interesting plot for the pro sports leagues.

When it comes to local high school sports, the picture is a little murkier.

The California Interscholastic Federation, the state’s de facto governing body of high school sports, will make a decision by July 20 whether the upcoming fall season will begin as scheduled. CIF State Commissioners and the commissioners of the 10 high school sports sections—including recently retired Central Coast Section commissioner Duane Morgan—have held several meetings in the last month to discuss all of the scenarios for the fall sports season. Morgan, who worked out of the CCS San Jose office, broke a complex issue down rather succinctly.

“I can’t give you a very good answer because there isn’t a very good answer at this time,” he said. “Basically, we’re waiting to get the green light from the governor’s office, from each county health department, board of supervisors and superintendents. That is a lot of governing bodies to work with who are trying to help us and figure out a way of what we’re going to do with sports.”

Any high school team that competes in the fall season are allowed to hold conditioning sessions, so long as the county in which they reside has given permission. The Live Oak and San Benito high schools’ football teams have returned for athletic conditioning workouts in the last couple of weeks, along with several other fall sports programs. 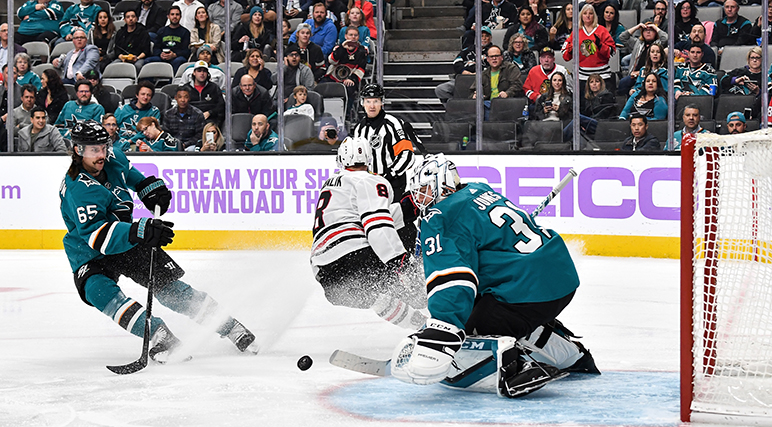 The NHL is looking at two hub cities where all playoffs will occur. (Photo via SJ Sharks)

With Covid-19 rates still surging in Florida, what will come of the MLS and NBA’s bubble environment? The players and team staff will be quarantining, or will they?

Portland Trail Blazers point guard and Oakland native Damian Lillard—one of the top players in the league—was rather candid in an ESPN interview when asked if he was confident players from all 22 teams would follow the rules of quarantining.

“Confidence ain’t great, honestly,” Lillard said. “Confidence ain’t great because you telling me you’re going to have 22 teams of players follow all the rules? When we have 100 percent freedom, everyone don’t follow all the rules. I don’t have much confidence, but hopefully it’ll be handled to a point where we’re not putting anyone at risk or in a dangerous position.”

Even if every single player and staff member of each team quarantines, what about the Disney World employees who will be coming in and out of the complex? Those things are out of the MLS and NBA’s control, which makes the bubble far from bulletproof.

“I think about what possible entry points of infection can get into the bubble, and once something gets in, it could easily spread,” Gandhi said.

Will the MLS and NBA bubble burst?

“No bubble is airtight,” Binney said.

When it comes to the virus, Binney and Gandhi said the U.S. is reaping what it has sowed. “I wish we had done a better job of controlling this pandemic for many reasons, the least of which is sports,” Gandhi said. “Unfortunately, as a country we haven’t done a good job of handling this pandemic. Part of the reason why we love sports is it’s a microcosm of life, and they’re showing us the continued vulnerability we are in because of the insufficient response and measures we’ve taken as a country until now.”