This story has been updated. —Editor

San Jose police identified the officer killed Tuesday night as 38-year-old Michael Johnson, a 14-year veteran of the force and the 12th cop in the city's history to be killed in the line of duty.

Johnson was shot to death responding to a call about a suicidal man with access to a high-power rifle and two handguns. When police arrived at the Senter Road apartment, they were met with gunfire. Johnson was struck and pronounced dead on scene.

After a drawn-out standoff and sweeping manhunt, a SWAT team breached through a wall of the apartment around 3:30am Wednesday. They found the shooter, 57-year-old Scott Dunham, slumped over on his balcony, dead from at least one bullet. It wasn't immediately clear whether he shot himself or died when officers fired back earlier in the night.

A procession of police cruisers followed with lights flashing as Officer Johnson's body was escorted away from the scene just before dawn.

During the standoff, SJPD ordered a shelter-in-place for residents and enlisting aid from several local police agencies. A helicopter, armored vehicles, SWAT teams and dozens of cops flooded the scene.

News of the officer's death spread quickly across Twitter.

Just before 7pm, according to scanner reports, officers responded to a 9-1-1 call about a possibly drunk man threatening to shoot himself and his wife. Police released a mugshot of the suspect hours into their search. 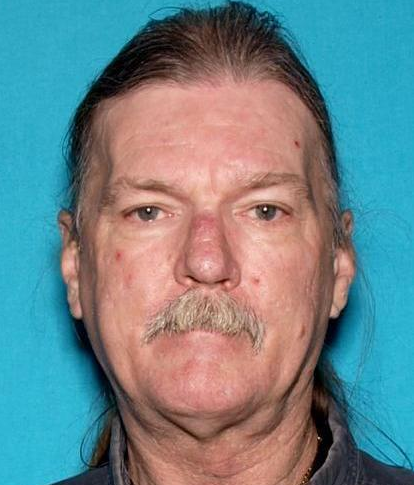 Dunham's wife left the apartment and called one of her children, who called the police, reporting that the suspect was despondent, intoxicated and had access to firearms.

When officers closed in on the man's apartment on the 2600 block of Senter Road in south San Jose, he opened fire. The wife said that in addition to the high-power rifle, her husband carried two 9mm handguns.

"The initial information that we had was that he was despondent, that he had a gun and that there was some mention about him wanting to kill himself," SJPD spokesman Officer Albert Morales told reporters early Wednesday. "Those are details that investigators are going over with his family members. This is going to take sometime to work through."

The slain officer's name was not immediately released.

The last time SJPD lost an officer in the line of duty was in 2001, when 24-year-old rookie Jeffrey Fontana was gunned down during a traffic stop. Johnson and Fontana reportedly attended the same academy.

When reports of Tuesday's shooting reached City Hall, the City Council adjourned to hear from SJPD Chief Larry Esquivel, who said the officer was a 12-year veteran of the department.

“This is San Jose's darkest day. My heart—and the prayers of a grieving city—go out to the family of the San Jose police officer fatally shot. Every officer leaving their home wearing a badge and uniform prepares for the worst, but leaves a spouse and family who prays for her or his safe return. The officer served our community with distinction, courage, and honor, and we owe their family our deepest debt.

"Upon learning of this tragedy, I immediately adjourned the council meeting, as my colleagues shared our shock and profound grief over this tragedy. We cannot know the depth of the pain felt by the officer’s family and his fellow officers, but we share in their mourning and offer the comfort of a bereaved community that is better for the officer’s selfless service.”

The San Jose Police Officers Association released its own statement Wednesday morning, referring to Johnson as "our fallen brother."

"The men and women who make up the San Jose Police Officers' Association are grieving the loss of one of our brothers, Police Officer Michael Johnson, a 14-year veteran, who was murdered last night while responding to a 911 call," the statement reads. "Our thoughts and prayers go out to Officer Johnson's family and friends. Officer Johnson was tragically struck down in the prime of his life while protecting and serving the residents of San Jose.

"Even during this time of grief and sorrow the men and women who make up the San Jose Police Department did their jobs last night and ensured that the community was protected and that the coward who perpetrated this horrific crime did not harm anyone else.

"The SJPOA is overwhelmed by the amount of good wishes and outpouring of sympathy pouring in from our fellow law enforcement brothers and sisters throughout the country. We also owe a debt of gratitude to our local law enforcement family who deployed officers and sheriff deputies to assist during this unmitigated tragedy. Their selflessness honored the spirit of our fallen brother, Officer Michael Johnson. "

"The daily risks and sacrifices of our police officers are bluntly measured by these sad and tragic days," Rosen wrote. "Michael Johnson lost his life, a life spent protecting ours, trying to help someone who had lost the value of his own. I hope today we will all take a moment to honor the value of this valiant officer’s life. I speak for every member of the District Attorney’s Office when I offer our deepest gratitude for Officer Johnson’s service, and our deepest condolences to his loved ones and fellow officers. We offer our prayers and our gratitude for the sacrifices that all the men and women of this fine department make every shift to protect us all."

As the news broke Tuesday night, people from across the country took to social media to offer condolences for the officer and his or her family.