Police throughout the country bombarded journalists with rubber bullets and tear gas and arrested and detained them as they covered the George Floyd protests over the past week. On Sunday, San Jose joined the shameful ranks of cities targeting reporters.

After nightfall, police detained two local reporters for allegedly violating a hastily enacted 8:30pm curfew, even though the order specifically exempts members of the media.

One of the journalists, Mercury News writer Maggie Angst, tweeted out just after 9:30pm Sunday that, “another reporter and I were brought down by cops, told to put our faces to the ground and threatened with a baton—even after we told them we were with the media, which is allegedly exempt from San Jose’s curfew order.”

Was told to “shut up and get into he ground” when I tried to inform the @SanJosePD officers that I was with the media. Five officers circled us, then surveyed the backyard. They left the scene after finding no one else back there, with our faces still to the ground.

Angst, who said she wore a press badge around her neck, continued the Twitter thread, saying that cops told her to “shut up and get [onto the] ground” when she tried to inform them that she was a reporter.

Luke Johnson, a freelance reporter with nonprofit news outlet San Jose Spotlight, was the second journalist involved in the incident. Johnson tweeted that he was held by police for two minutes after identifying himself as a member of the media.

UPDATE: Police told me to get on the ground, face down and hands out. They held me there for about two minutes. I identified myself as a reporter.

They told me to remain in a backyard. About 20 minutes later, police left the area without further instruction.

The next morning, San Jose Mayor Sam Liccardo personally apologized to Angst and in a public Twitter reply said SJPD Chief Eddie Garcia was trying identify the officers involved and “get to the bottom of it.”

Maggie, I’m troubled to read this, and I’m sorry for it, and for what you and the person accompanying you have endured. Chief Garcia is trying to determine the identity of the officers involved, and to get to the bottom of it. I will call you later today.

In a follow up interview with San Jose Inside, the mayor called the situation “very troubling.” “It appears that the curfew orders could have been better communicated to the rank and file,” he said.

According to Garcia, the mix-up stemmed from City Attorney Rick Doyle signing the curfew order after SJPD officers had already started their swing shift, so the chief was unable to brief them on the exemptions.

City Manager Dave Sykes, who ultimately authorized the curfew, emphasized how the media is exempted in a statement to San Jose Inside.

“The curfew does not apply to any authorized representatives of any news service, newspaper or radio or television station or network,” he said. “We are evaluating the events of the first night of the curfew. In addition, we are evaluating the language in the order to ensure it is clear and will be reinforcing this message with our staff.”

But what happened to Angst and Johnson on Sunday evening was part of a broader trend. Multiple members of the local press corps reported being tear gassed or shot with rubber bullets over the past few days. KPIX reporter Len Ramirez said police shot projectiles in his back while delivering a live broadcast. NBC Bay Area reporter Scott Budman reported being tear gassed.

Thanks to all for your concerns. I was shot in the back with a rubber bullet that left a bruise and mark on my shirt. I am fine. I was hit while reporting live on @KPIXtv during last night’s protest in downtown San Jose. I knew there were risks in being in the middle of that. pic.twitter.com/4UsUVDH8Qi

OK. Just got tear gassed for the first time in my career.

San Jose Inside freelance reporter and photographer Kyle Martin was also hit with multiple rounds of tear gas on Friday and said he witnessed police intentionally shooting another photographer with rubber bullets. 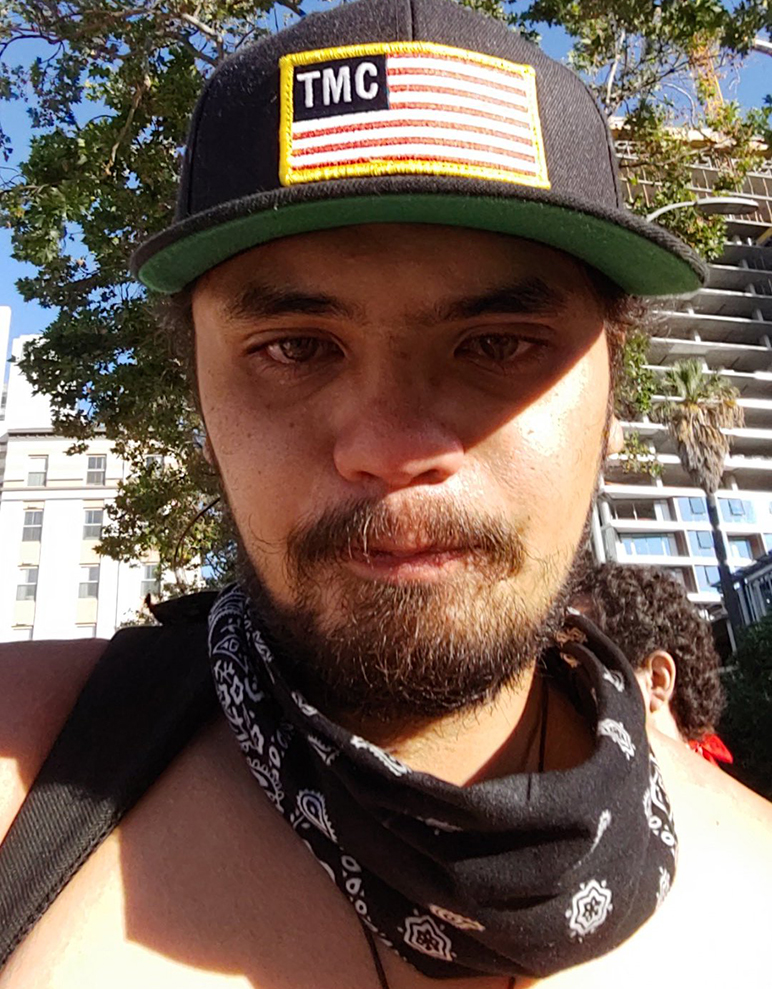 Kyle Martin after getting tear gassed.

Over the last week, the U.S. Press Freedom Tracker, which documents attacks on members of the media, has reported 211 press freedom violations and counting in relation to the George Floyd protests.

In a Tuesday afternoon tweet, the group said that more than 33 reporters had been arrested, 118 had been assaulted by police and 35 reporters had their equipment damaged.

In Minneapolis, a freelance photographer even lost one of her eyes in a standoff with police.

Media attorney Karl Olson told San Jose Inside that cities leadership needs to be clear about curfew exemptions. “It’s certainly is troubling,” he said. “Reporters covering a story like this, they’re really essential workers and they’re the eyes and ears of the public and they obviously have to be free to report. Whenever something like this happens you always wonder if they’re being targeted because they’re a reporter and whether law enforcement might be blaming the message.”

Councilman Lan Diep said that while he supports the curfew as a tool for law enforcement to use, he was “disturbed” that what happened didn’t “reflect what Chief Garcia said at the press conference when he announced [the curfew].”

“Clearly there was some miscommunication somewhere where the curfew was used to manhandle or hassle or to stop two members of the media, who clearly in the text of the curfew are exempted from the curfew,” he said.

Vice Mayor Chappie Jones said he supports a review of what happened to the paid of local reporters on Sunday. “There should be a review, an investigation and some corrected action that needs to be taken because this is not acceptable and shouldn’t continue to happen,” he said.