The new devices will allow pedestrians to wave their hands over a motion sensor instead of having to press a button teeming with germs. 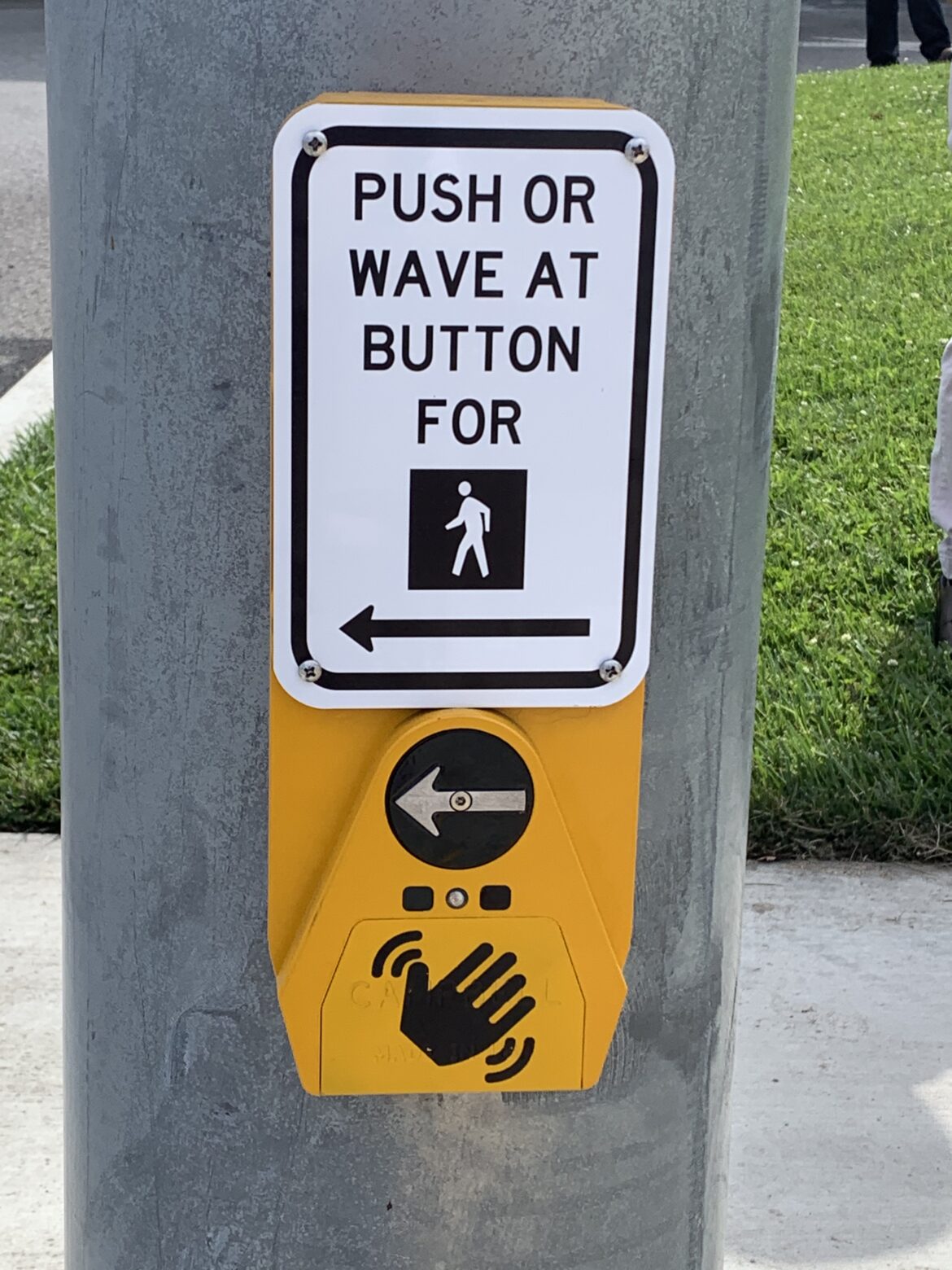 One of the first touchless sensors outside of Valley Med. (Photo Courtesy of Santa Clara County)

The first touchless sensors have already been installed at South Bascom Avenue and Renova Drive in front of the Santa Clara Valley Medical Center. The rest will start showing up at other locations this fall.

“The intersection in front of Santa Clara Valley Medical Center is the ideal location for the first installation because of the high volume of pedestrian traffic around and near the hospital campus,” Santa Clara County Roads and Airports Director Harry Freitas explained in a press release announcing the new technology. “We look forward to adding this new technology to our expressway crosswalks.”

County officials say they plan to install more at the following junctures: 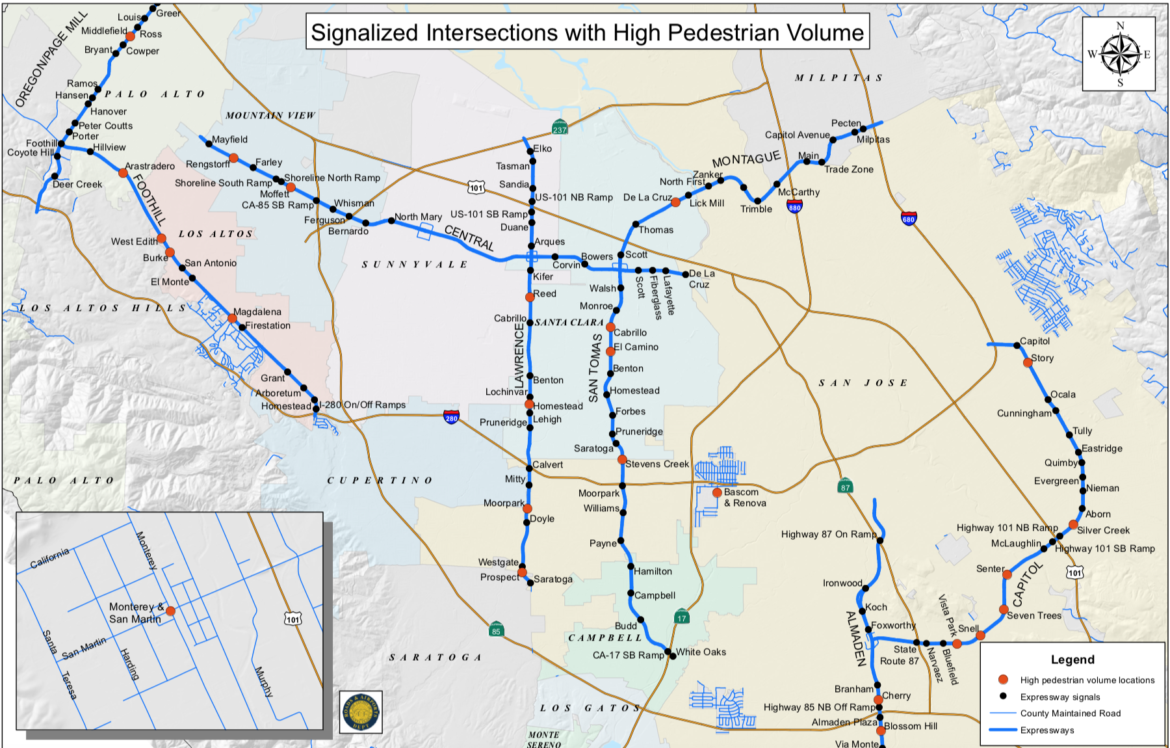 Additional devices will be purchased when funding becomes available, officials said. Residents can request a device for other expressway intersections by submitting a service request through countyroads.org.

We’re live for a press conference and demonstration of the new Touch Free Pedestrian Signal Devices. The County is installing these walk signal devices at 25 expressway intersections with heavy pedestrian traffic, so people don’t have to touch surfaces during a pandemic.

Posted by County of Santa Clara, California on Thursday, August 13, 2020