Santa Clara County election officials on Wednesday addressed Donald Trump’s conspiratorial rhetoric about fraud and rigged elections, assuring the public that they can trust the integrity of the vote.

“The idea that one could, in any way, affect the national vote tally with any kind of illegal action is just absurd,” County Executive Jeff Smith said.

Trump repeated allegations of voter fraud during Wednesday night’s presidential debate, and even refused to say whether or not he would concede if defeated. The Republican nominee has been telling supporters to sign up as poll watchers.

County Supervisor Dave Cortese said the violence that broke out at Trump’s rally in San Jose over the summer has raised concerns of voter intimidation. “We’re wise to what’s going on,” Cortese said. “We’re wise to the fact that people might agitate.”

While officials said they don’t expect any problems in this county, they urged voters to alert them if they feel harassed or bullied at a polling station.

“We will not play into the narrative of any candidate who seeks to suppress the vote by undermining the public’s confidence in free and fair elections,” Padilla wrote. “I have great faith in our county elections officials and the thousands of poll workers who volunteer to assist voters in their community.”

County election staffers and 5,000 volunteers spent a little more time this year discussing potential intimidators, Registrar of Voters Shannon Bushey said. They’ve been told to keep an eye out for harassment and make sure people with campaign signs stay at least 100 feet away from polling stations.

Bushey encouraged anyone with questions about the election process to observe the ballot counting in person. The county routinely updates its voter registration lists to weed out people who have died or moved away, she said.

County election officials anticipate that 85 percent of registered voters will cast a ballot Nov. 8. More than 70 percent of them requested a mail-in ballot, which comes with free postage but could also be dropped off at several locations throughout the county.

The deadline to register to vote is Monday. 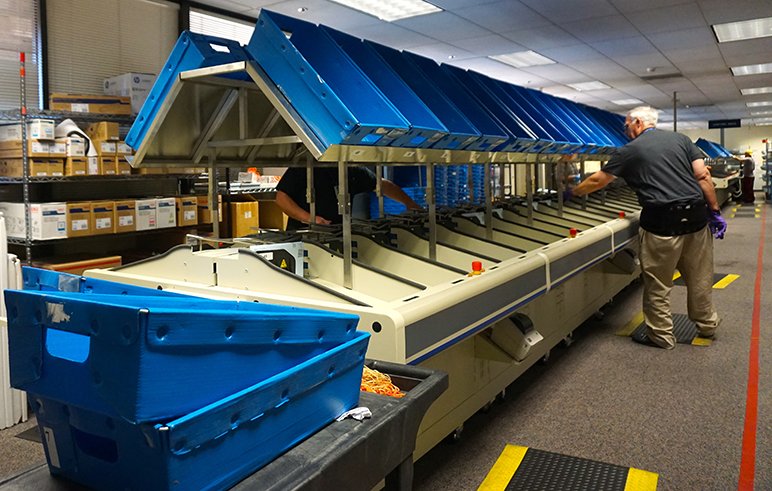