Santa Clara City Council members concerned about raising City Manager Deanna Santana’s half-million-dollar salary by 4.5% to help her keep up with the valley’s escalating cost of living were recently accused of “workplace intimidation and hostility” for comments at a council meeting that discussed how public dollars are spent on public salaries, including Santana’s.

One of California’s most highly compensated municipal officials for several recent years, Santana makes more than three-quarters-of-a-million dollars a year when benefits like retirement contributions are taken into account.

Sounding a lot like a vulnerable employee getting ready to file an HR complaint against her supervisor rather than a highly compensated top executive, Santana recently played the harassment card and has lawyered up. At the Dec. 14 council meeting, Santana lashed out at “reckless and uniformed dialogue” by “some councilmembers.” 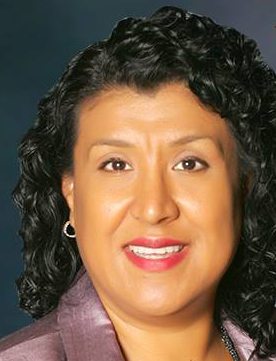 “This is a new low,” she opined about a “false allegation” that she colluded with a city employees’ bargaining unit that Santana described as laboring with “insufficient resources” to provide “white glove service to our community.” She demanded a “public apology.”

Rather than beg for forgiveness, Councilmember Anthony Becker shot back, calling for fiscal responsibility and mentioning that it is, after all, the public’s money.

Santa Clara residents have undergone a 114% increase in their cost of living as the average wage decreased by 1.2%.

With three homes in the couple’s $5 million-plus real estate portfolio, Santana and her husband spent the past weekend far from her tormentors in working-class Santa Clara. She took refuge at her newly purchased $2 million, two-story customized home in Pacific Grove on the picturesque Monterey Bay. Real estate marketing sites describe the home as a “sought after…very rare” abode with high ceilings and white oak hardwood floors and a gas-burning fireplace in her living room.

The house is three blocks from Lover’s Point, which one blogger describes as “the most beautiful beach in California…with calm, translucent waters on one end, and jagged rocky coastline on the other.”

This past weekend, cars were parked in the driveway and a couple emerged to go for walks in the cool ocean air. Whether she returned to the valley in time for the Tuesday afternoon council meeting is anyone’s guess, thanks to the modern miracle of virtual teleconferencing backgrounds.

Santana and the city’s public information officer did not respond to San Jose Inside inquiries at deadline. 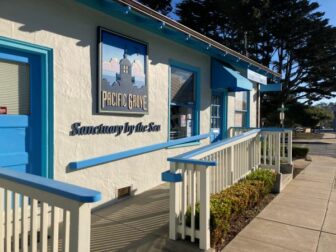 In addition to the three-bed two-and-a-half-bathroom safe space in Pacific Grove, she owns a four-bedroom four-bathroom condominium in Sunnyvale and a home in Fremont.

She is the highest paid city manager in the state, by more than $100,000, with an annual compensation (salary plus one-time payments) in 2020 (the most recent year available from state controller) of $521,527.

In 2020, she was paid nearly twice as much as the mayor of Los Angeles.

Santana has also been scrutinized for her city paid travel, which includes first class tickets and jaunts to France, Washington, DC, Atlanta and Hawaii. In 2019, she spent $940 on a chauffeured ride through the French countryside on the city’s tab.