COVID-19 could kill as many as 2,000 people in Santa Clara County within the next two months, according to preliminary projections from San Jose’s emergency response team.

But if people ignore public health guidelines about staying six feet apart and at home as much as possible, as many as 16,000 could die by the end of May.

Harkness, who leads the city’s 220-person Emergency Operations Center, conveyed the predictions on a graphic with three curves. 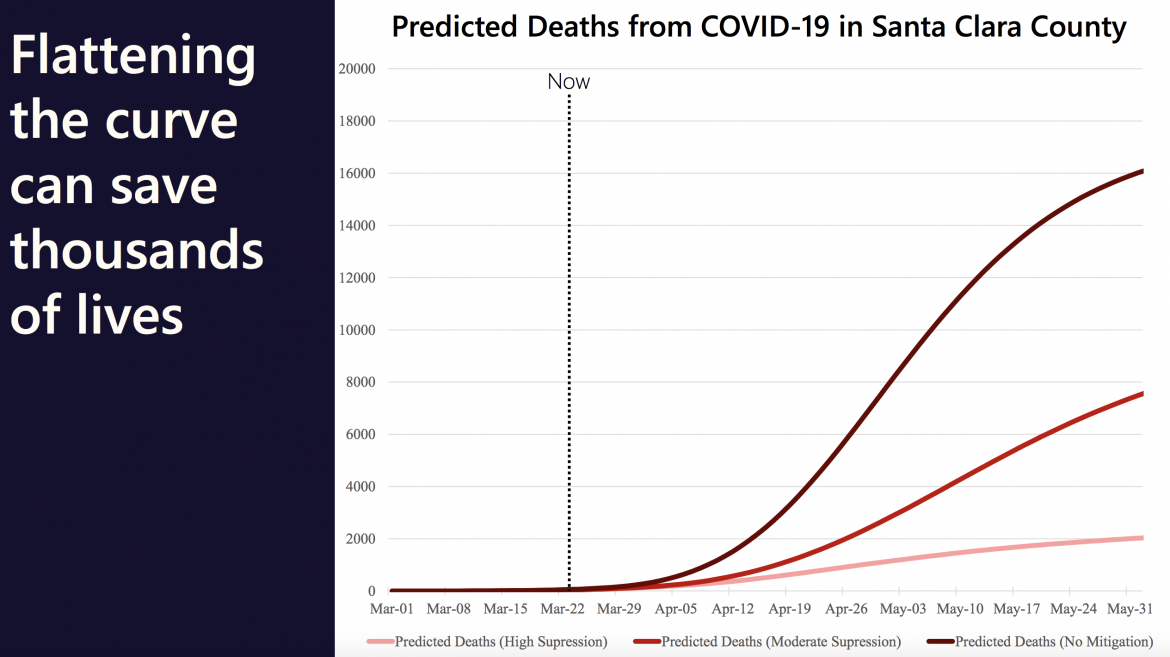 The high curve—that is, what would happen if we made no effort to curb the outbreak—shows 12,000 to 16,000 people dying from the respiratory disease.

“This is not a crystal ball predicting the future,” Harkness told the City Council during his presentation, “and the actions we take can very much influence this data.”

The next three weeks are critical, he added, because that’s when data modeling predicts a peak in the outbreak. “We have one opportunity to bend the curve of this epidemic, and that moment is now,” Harkness told the roomful of electeds safely seated several feet apart from one another.

Keeping that curve as flat as possible requires religiously following public health orders to stay home and bolstering the supply of ventilators for the sickest patients. 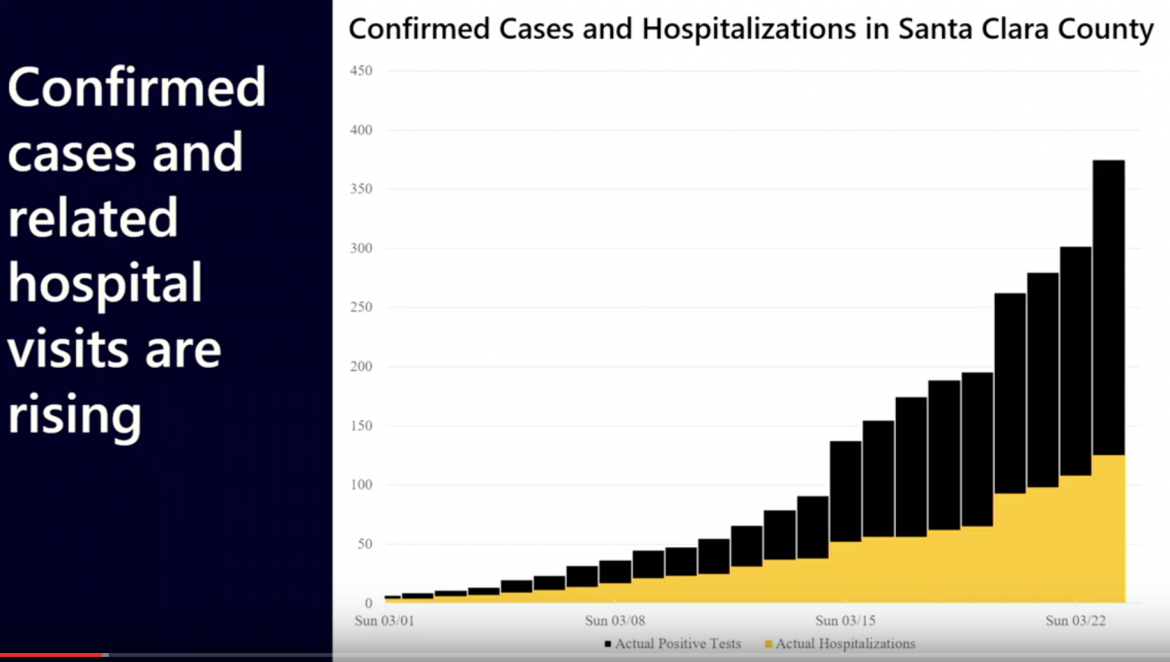 “Our prime directive overall is to slow and reduce the spread of COVID-19 and to protect our most vulnerable,” he said.

For those who aren’t on the front lines, the single most important thing they could do is stay put, he stressed. “This is a weird moment where the biggest thing you can do to help is do nothing,” he sad. “Go home, stay on your couch, watch your Netflix.”

Officials from Santa Clara County’s Public Health Department expressed uncertainty about the city’s projections, saying they had yet to review the city’s methodology.

“The model shared by the City of San Jose projecting deaths and future case counts of COVID-19 was not produced, reviewed, or vetted by the County of Santa Clara,” the agency’s communications team told reporters. “The County of Santa Clara continues to actively assess the situation and take necessary actions to slow the spread of the novel coronavirus in our community and protect those most at risk for severe illness.”

The U.S. Centers for Disease Control and Prevention reports that 1,186 people nationwide have died from the new coronavirus and that 81,836 have been sickened by it. With 77,000 tests conducted and only a quarter of the results returned, California has confirmed more than 3,000 cases and 65 deaths. Worldwide, the official case count approaches 530,000, with fatalities closing in on 24,000.

But a widespread testing shortage has kept those numbers artificially low.

Harkness said the disparity between positive tests and actual cases is stark. While the county—one of the hardest-hit in California—has confirmed 542 cases and 19 deaths to date, he said the city’s projections put the real case count closer to 20,000. 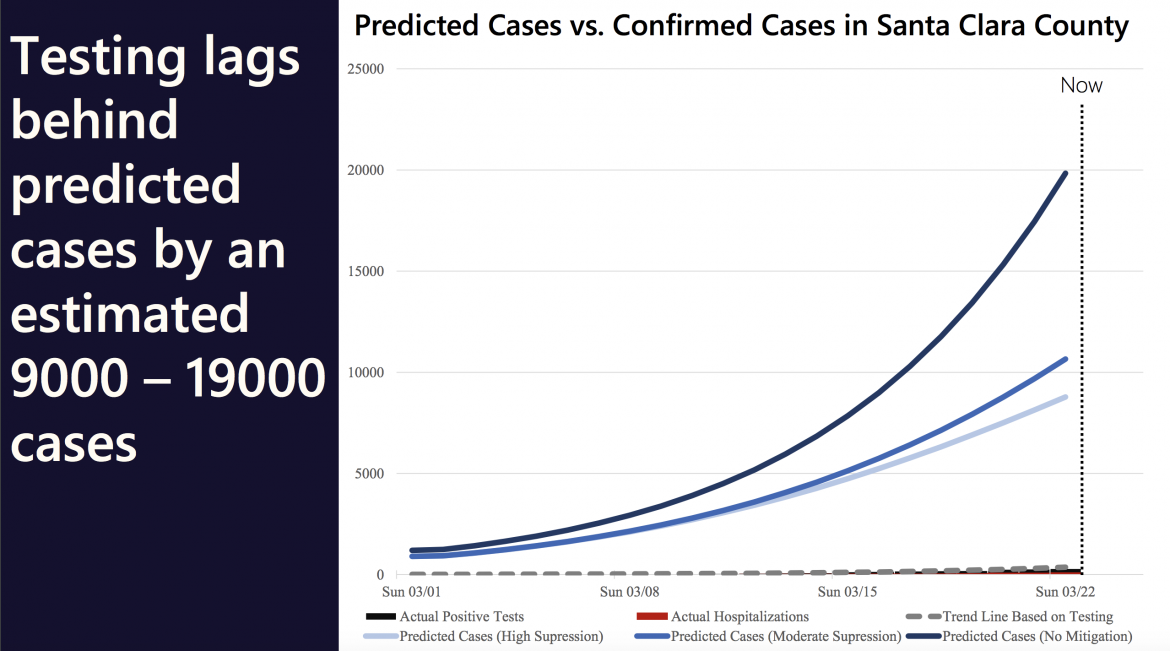