“It’s trash,” says Corona, the chief operating officer of California Waste Solutions (CWS), which picks up about 75 percent of the San Jose’s curbside recycling. “We aren’t equipped to deal with this much of it.”

Some of the worst things people have chucked in recycling bins, he says, include dead animals, hypodermic needles—some of which have punctured workers, forcing them to undergo blood tests—batteries and toxic chemicals. In summer 2014, sorters found an explosive device meandering down a conveyor belt, prompting a visit from the San Jose Department's bomb squad.

Earlier this week, a propane canister blew up when it got caught in a piece of equipment. Thankfully, Corona says, no one got hurt.

“It was a very loud explosion, with fire and lots of smoke,” he says. “But this happens routinely. Propane tanks are a prohibited material, but we get them all the time.”

At the CWS plant in north San Jose, optical sorters, crushers and massive conveyer belts divert thousands of pounds of plastic, paper and other recyclables from the landfill each day. But roughly 40 percent of the haul from single-family homes is non-recyclable garbage—six times the rate in Oakland.

The extent of the problem came to light in an audit last fall, which ignited tensions between the city and its largest recycling collector. CWS has racked up hundreds of thousands of dollars in fines for falling short of its goals.

A city-hired consultant says that’s because the company lacks workers and relies on outdated equipment. CWS maintains that it’s the fault of residents for tossing too much trash in their recycling carts, and the city for failing to penalize them.

Despite the city’s goal to reach “zero waste” by 2022, auditors found that landfill diversion rates—the amount of recycling collected in those big blue bins—have fallen citywide. Recycling rates for single-family homes fell from 36 percent in 2008 to 27 percent in 2014. But auditorys say diversion rates are much worse in districts covered by CWS.

Corona blames the city. He says San Jose’s Environmental Services Department, which oversees the contracts for CWS and its secondary hauler GreenTeam, never fines people who dump trash in the blue bins. The city should also stop forcing the company to pick up contaminated carts, he says, and reduce the cost of upsizing the garbage bins so people won’t toss overflow in with recycling.

Last fall, the City Council agreed to study rate increases for customers and fines for repeat violators. The council also ordered an analysis to see whether contamination has worsened over the years, as CWS claims. In January, results of that curbside audit came back to the council showing that, in the two districts covered by CWS, contamination rates are about a third higher than the area serviced by GreenTeam.

Part of the problem may stem from broader trends, including technical challenges in responding to changing consumer behavior and the free-falling price of recyclables in the global market. Yet locally, the city says, the contents of the waste remain relatively unchanged, except that the amount of overall recyclable materials has fallen.

For example, considerably fewer newspapers come in since the print industry’s post-recession decline. And with more people going paperless, there’s less junk mail. Packaging has also become more lightweight. Coffee cans have been replaced by vacuum-sealed bags. Tuna cans, too. The amount of plastic that once went into 22 water bottles now makes 36. Changing material ratios have upped the cost for recyclers and the public agencies that hire with them. 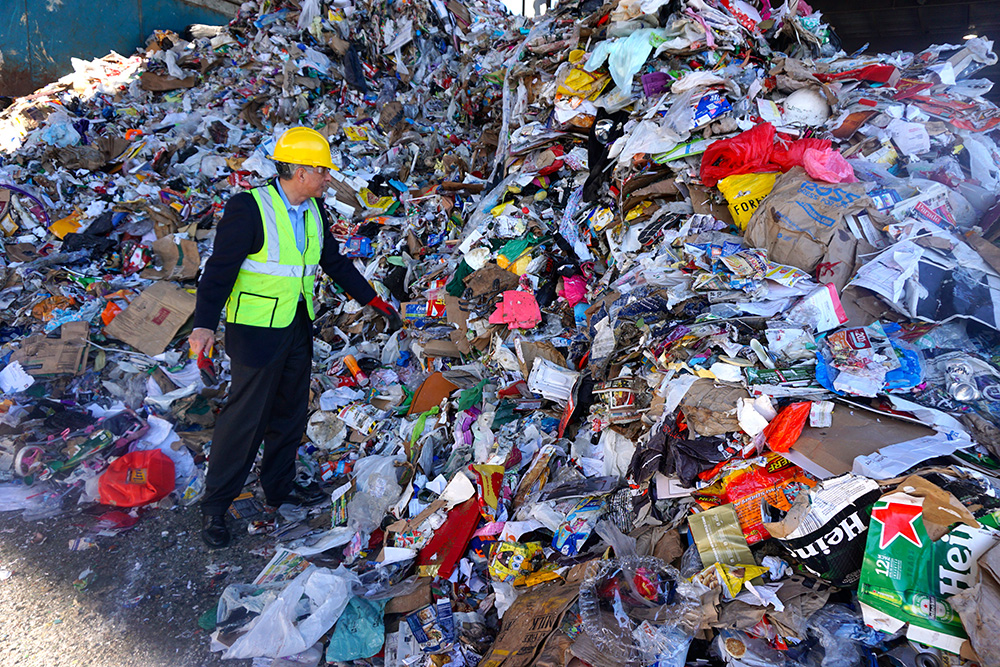 “The makeup of the material has not changed,” says Kerrie Romanow, head of the city’s Environmental Services Department. “[CWS] will continue to assert that it has, but the report of the facility says there are other reasons: maintenance and staffing.”

Contamination rates nationwide have risen since companies in the early 2000s switched to single-stream recycling—that is, having consumers put reusable items in one big bin instead of sorting them in separate carts before pickup. While the simplified process upped recycling participation by 30 percent, the quality of the recyclables took a hit, according to the Solid and Hazardous Waste Education Center.

CWS has proposed upgrading the facility to deal with that influx of trash, but Romanow worries that the company would push that cost on to residents. “Certainly our expectation would be that we would not invest in a facility that isn’t performing,” she says.

Meanwhile, councilmembers Johnny Khamis, Ash Kalra and Magdalena Carrasco want the city to suspend fines against the company. Complicating the issue: CWS’ political clout and ties to a decade-old scandal that led to then-Mayor Ron Gonzales’ indictment on corruption charges (which were later thrown out).

Company founder David Duong—a Vietnamese immigrant who holds big-money contracts in Oakland, Sacramento and Ho Chi Minh City—has positioned himself as one of the biggest campaign contributors in local elections.

Duong defended himself in a letter to the council last fall, noting his “company has already been wrongfully fined nearly $1 million and suffered losses of over $9 million as a result of [the city’s] failure to fix the single-family dwelling recycling program.” He said San Jose’s “inaction is the cause of the problem.”

Others on the council worry that CWS is trying to shirk responsibility, blaming residents for the excess trash while their counterparts deal with it. CWS issues about 3,600 non-collection notices a month; GreenTeam, only 11. Corona says that’s because GreenTeam, which processes recycling for 15 percent of the city, subcontracts with Green Waste Recovery.

Romanow asked CWS to take a page from its competitor by sending its trash to another facility. “The real disappointment, from our perspective, is that we had a recommendation that would have increased the diversion rates,” she says. “We could have done that as soon as the council approved it. But they said no.”

Corona says CWS would rather process the contamination on site. “If the city is disappointed in anything, it should be disappointed that it has an obligation to address repeated violations,” he says.

Romanow, however, says her concern is that CWS will ask the city for money to improve its facility, which risks pushing the cost back to ratepayers. When San Jose renegotiated in 2011 with CWS and GreenTeam to extend their contracts through 2021, she says, only the latter reinvested some of that “windfall” to improve diversion. Corona argues otherwise, noting that he doesn't want customers to eat the cost either.

“Everyone else has done it on their own,” Romanow says. “We don’t know what CWS has planned. That’s what we’re waiting to see.” 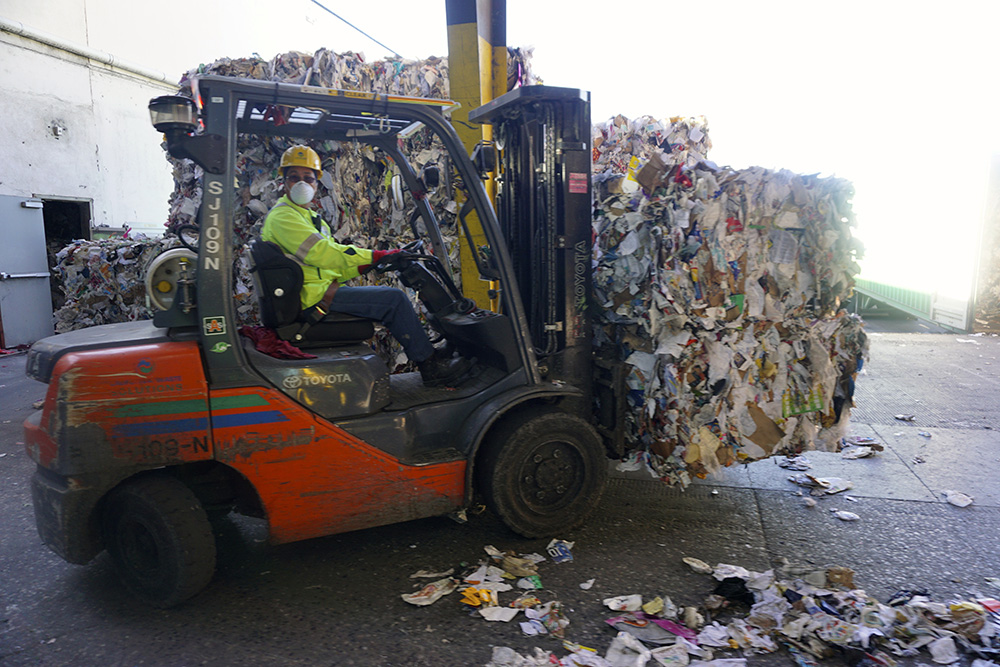 A CWS worker moves bales of recyclables, which end up getting shipped to China.