Tricia Caparra allegedly groomed a boy half her age by urging him to share intimate, painful details about his life. Police say the staff counselor at the William F. James Boys Ranch, a youth correctional facility in Morgan Hill, put the 17-year-old at enough ease for him to open up about his feelings of abandonment and isolation.

Weeks into their daily conversations, Caparra allegedly told the teen to call her “Lotus,” a Buddhist symbol of love and compassion, and soon began calling him “babe.” Over the ensuing five months and even after the boy’s release in August 2016, he says the counselor sexually assaulted him. When he asked to end the encounters, the boy says she resorted to emotional manipulation and threatened to cut herself.

Prosecutors say Caparra raped one other youth ward of the Santa Clara County correctional facility. Attorneys for one victim say she molested at least three. Her attorney declined to comment. The Sheriff’s Office arrested Caparra last fall on 17 counts of sexual assault, but only after the victim sued.

At the Santa Clara Valley Water District, a female project manager reported that a supervisor would rub her thighs, graze her breasts, hug her and try to kiss her. In 2013, the agency paid $130,000 to settle her claim.

Three women in the county’s Public Health Department records division complained about the same colleague groping, kissing, stalking and even growling at them. Despite repeatedly notifying personnel staff, the women said his behavior continued unchecked for months in 2015. The county paid $55,000 to three victims to eschew trial.

A police dispatcher in Milpitas accused her boss of sexually harassing her verbally and physically from the day she got the job in 1999 through 2015. At least one other higher-up witnessed the abuse, she says, but turned a blind eye. It cost the city $585,000 to settle—one of the region’s highest sexual harassment payouts in the past decade.

The list goes on with allegations that range from off-color innuendos and unwanted touching to sexual assault. The accusers include 9-1-1 dispatchers, records clerks, a fitness instructor and jail guards. Alleged offenders comprise mostly men but a couple women and run the gamut from middle managers to high-ranking bureaucrats, a police chief and even a personnel boss.

While the California Legislature and state agencies have undergone a drawn-out reckoning over sexual harassment, their local government counterparts in the South Bay have largely escaped scrutiny.

The very nature of the crime, frequently unwitnessed, along with shoddy record-keeping and legal mechanisms to keep settlements secret, such as arbitration and nondisclosure agreements, make it difficult to assess the extent of the harassment scourge. Meanwhile, efforts to shed light on the problem by requiring annual reporting, such as the Ending Secrecy About Workplace Sexual Harassment Act introduced in 2017 by Rep. Ro Khanna (D-Fremont) and Rep. Carolyn Maloney (D-New York), remain parked in committee.

How much they spent in other legal costs remains a unclear. As does how it compares to other points in time, since there’s no official inter-agency tally and San Jose Inside/Metro only obtained records from 2006 to last year. A review of documents from every South Bay city as well as the Santa Clara County Office of Education, Valley Transportation Authority, water district and county identified more than 50 sexual harassment lawsuits involving eight agencies. That doesn’t count internal claims or those submitted to the U.S. Equal Employment Opportunity Commission or the California Department of Fair Employment and Housing, which would number in the hundreds.

Unsurprisingly, the biggest public entity in the valley accounted for the bulk of those cases. Records show that only 125 of the county’s 17,000 or so workers filed internal sexual harassment complaints from 2006 through the end of last year. Of those claims, 11 escalated to state or federal regulators, 28 resulted in litigation and eight ended with a collective $1.5 million in payouts.

San Jose, an agency with some 5,000-plus employees by comparison, counted 173 allegations of sexual harassment in the past 12 years. Six of those claims resulted in litigation and three in monetary settlements that collectively amounted to $253,600.

Still, context is hard to come by.

Florida, which has a state-employed workforce half the size of California’s, paid $11 million in the past three decades to settle such claims, according to an Associated Press report. The state of New York shelled out the same amount for settlements in the past decade. California outpaces both those states in the number of cases and the cost of settling them. But with no region-to-region comparison, it’s hard to tell how the Silicon Valley stacks up to other parts of California.

In all the agencies reviewed by San Jose Inside, the smallest settlement amounted to $10,000, which San Jose paid in 2014 to termed-out Councilman Pierluigi Oliverio’s former chief of staff, Denelle Fedor, who accused her old boss of verbal gender-based harassment. The largest payout in a single case went to former jail guards Jona Trbovich and Shonda Santos, who in 2016 split a $600,000 settlement over a claim of rampant and egregious sexual misconduct at the San Jose Main Jail.

For as long as Trbovich worked at the Sheriff’s Office, she says she endured sexual harassment. In the academy back in 1995, she recalls colleagues making incessant remarks about her sexual appeal.

Over the years, according to her legal claim, Trbovich overheard male jail deputies talk about wanting to have sex with her. Fellow officers confessed their fantasies to inmates, per the lawsuit, and even encouraged them—some of whom were locked up on charges of rape and child molestation—to try to have sex with her.

Some officers told her directly that they wanted to “fuck her,” Trbovich says. One asked her to send him a photo of her breasts. Others harassed, ostracized and ridiculed her because of her relationship with a black man, which prompted remarks that were both racist and sexist.

“When will you give us white guys a chance?” some officers allegedly teased her.

Trbovich singles out two superiors in her lawsuit: sergeants Douglas Ulrich and Michael Morin. Ulrich wrongfully accused her of sleeping with black inmates, she says, and would stalk in and out of the jail and sent coworkers to spy on her. The unwanted attention irked Trbovich’s female colleagues so much that they’d often leave her to eat lunch and work out alone during her breaks, the lawsuit claims. With officers “on the prowl,” she says she began hiding during her breaks in the women’s bathroom.

In 2014, she filed a sexual harassment complaint. That only made matters worse, she says. Ulrich allegedly retaliated by ramping up his bad behavior, giving her “dirty looks,” calling her sexually suggestive names and egging on inmates to treat her disrespectfully.

Ulrich then accused Trbovich of sneaking drugs in the jail and having sex with inmates. She says she was only under fire because she didn’t respond to his advances. According to Trbovich and her fellow plaintiff, their mistreatment was symptom of a broader cultural problem at the agency that predated her own tenure.

In 2005—five years before the county placed jails back under purview of the Sheriff Laurie Smith and her jails chief, Undersheriff John Hirokawa—veteran officer Lorie Sills says she was forced to have sex with multiple superiors during an assistant chief’s retirement party. She reported being told to sleep with numerous assistant chiefs and captains if she wanted to earn her promotion from acting to permanent lieutenant. The Trbovich claim characterizes the harassment Sills faced as relentless and pervasive.

“This meant that Sills came to work each day—knowing that other male and female officers were watching—expecting at least one of her male superiors to summon her to their office or some other location for sexual favors,” the lawsuit alleges.

Despite enduring the alleged abuse, Sills never secured that promotion. According to court records, Sills complained about the discrimination to the agency’s Internal Affairs unit. Lt. Jose Santiago, who ran the division, reportedly took her word for it and bypassed then-jails chief Ed Flores by bringing the Santos complaint directly to the county Board of Supervisors. Santiago had to litigate his own defense a short time later, claiming he was “blackballed” for reporting Sills’ complaint to the board and denied promotions from that day forward. He died before reaching a settlement in his case. And while the county paid Sills to sideline her lawsuit, none of her abusers were disciplined for how they treated her, the Trbovich lawsuit claims.

Santos, who joined Trbovich’s claim against the county, says she was subject to similar treatment for years before reporting it. In 2000, she says Morin pulled her into an office and demanded that she expose her breasts. For the ensuing decade and beyond, she says Morin assiduously harassed her, calling her “hot,” saying how much he wanted to “fuck her” and how good he was at “licking pussy.” He also allegedly showed Trbovich photos of his penis. In July of 2014, Morin allegedly walked into the women’s locker room to ogle Santos while she changed out of a “hot white dress” into her uniform. That same month, he also reportedly told her he was retiring anyway, so she should at least let him “lick her pussy” since she wouldn’t let him “do her.”

Ulrich allegedly harassed Santos, too, prompting her to file a complaint against him in 2013. The Department of Corrections, however, failed to respond to the claim, her lawsuit alleges, and did nothing to hold Ulrich accountable. That wasn’t the first complaint from Santos, and it wasn’t the first time the county displayed indifference to women reporting abuse at the hands of male officers, she says.

Their attorney Na’il Benjamin says he’s disappointed by the outcome because they deserved more compensation for what they went through.

It’s fair to say that big-money settlements reflect the egregiousness of the allegations, County Counsel James Williams acknowledges, and what his attorneys saw in the case brought by Trbovich and Santos indicated that “there was definitely merit to the claims regarding these particular sergeants,” one of whom—Ulrich—was reassigned to patrol. 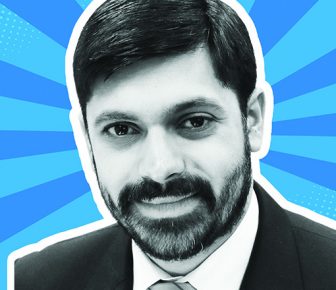 The jail reforms coincide with a countywide push to raise the standard of sexual harassment prevention. In 2015, before the #MeToo movement swept the nation, the Board of Supervisors voted to expand mandatory training from just managers to every single employee. The county also routinely revises its training curriculum to include contemporary cases pulled from the headlines.

Williams says the county never compiled the total number of sexual harassment claims until San Jose Inside requested it, and that he was surprised to see relatively small numbers for such a large agency.

Veteran civil rights attorney Larry Organ, who represented Cappara’s alleged victim in his case against the county, says a few factors prevent sexual harassment claims against government agencies from rising to the level of litigation. “Well, for one thing, employment lawyers don’t like to sue public entities because you can’t get the same kind of punitive damages against them, so the cases have less value,” he says. “Then there are more hurdles because you have to exhaust all these administrative remedies.”

Things have to get pretty bad for a public employee to resort to litigation, he says.

Unlike sexual harassment cases that have toppled Hollywood moguls and political kingmakers and rocked some of Silicon Valley’s highest-profile tech firms and philanthropic foundations, lawsuits against government entities come at a direct cost to taxpayers. Legal fees and settlements become a hidden tax to cover the tracks of people who fail to moderate their sexual urges in the workplace.

Publicly funded institutions like the county should be held to a higher standard, Williams tells San Jose Inside. “Our goal—and I want to be very, very clear,” he says, “is that there ought to be zero sexual harassment, whether it’s with our employees or the countless interactions we have with the public.”