Santa Clara County prosecutes Latinos and African-Americans at a far higher rate than their share of the population, according to a study published this week.

Meanwhile, Asians and Pacific Islanders and Caucasians were prosecuted at a lower percentage than their representation in the community. District Attorney Jeff Rosen commissioned the study, which he compiled with help from BetaGov.org, a no-cost, nonprofit New York University-based research firm.

“A hard question is coming from our community and from communities across America: is our justice system fair to everyone?” Rosen said in a statement. “One study cannot answer that question, but it is a step, here in our office and in our community, toward coming to grips with the troubling parts of our system where there is racial inequity.” 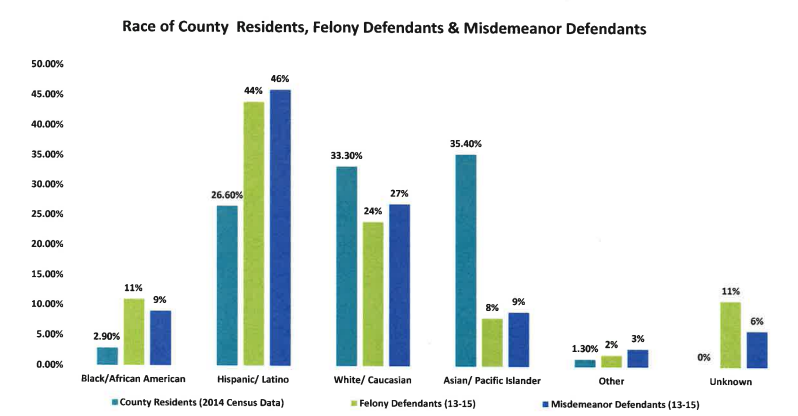 The rate of prosecution held true for all crimes, according to the study. Half the people charged with resisting arrest between were Latino—that’s double their rate in the county population. Fourteen percent of those defendants were black, which is nearly five times their representation in the community. 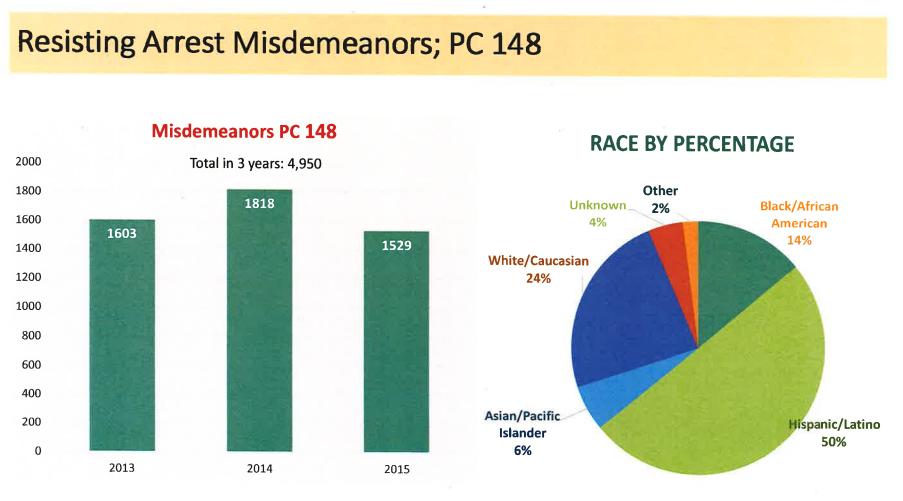 The passage of Proposition 47, a 2014 ballot initiative that bumped some drug-related felonies to misdemeanors, reduced the number of defendants in all ethnic categories. The number of felony cases fell by more than 2,000 the year after voters approved Prop. 47.

“Because of the racial disproportionality across all crime types, this change in the law has a disproportionate effect to reduce the number of Hispanic/Latino adults and black/African American adults charged with felonies,” the report states.

Latinos also represented the majority of victims the DA office helped in 2015. Nearly half of the people assisted by the agency's Victim Services Unit identified as Latino. 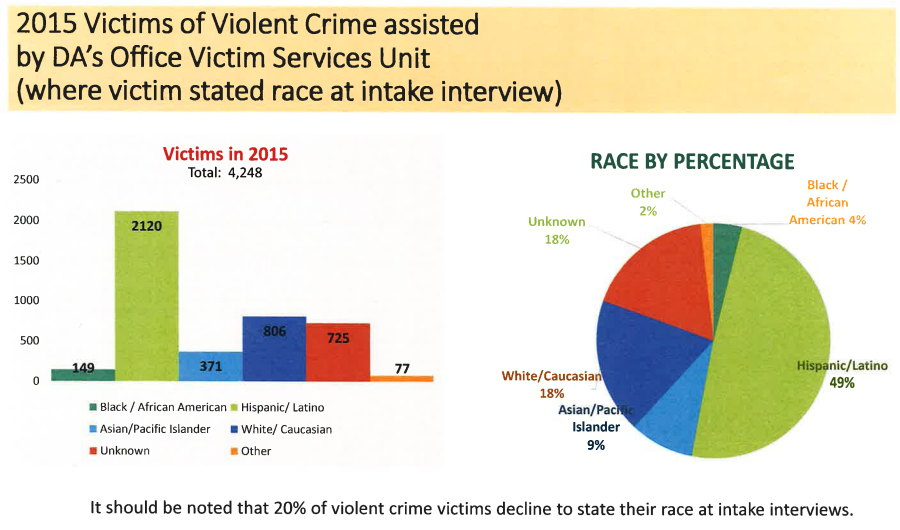 The study also examined whether people coming from outside the county caused some of the disparities. Apparently, that wasn’t the case. The same inequities remained when looking at cases involving county residents.

The report makes no attempt to identify the root of those disparities, Rosen acknowledged. But that will be the next step.

“We are committed to asking hard questions of ourselves,” he said, “and providing more solutions in the days to come.”