Good Spot, a new gastro-lounge, is set to become the newest tenants of Downtown San Jose’s SoFA District, aiming to bring a “fine casual” eatery to the city’s arts district.

Owner Thoi Trinh and managing partners Sammy Sok and Ivy Li, say the city’s downtown core has traditional hotel dining, sports bars and rowdy nightclubs (before Covid-19), but is missing a place to unwind and socialize with a drink and a bite to eat—a hole that has gotten bigger as restaurants have shuttered in recent months.

“We want to create a meeting point for people,” Trinh told San Jose Inside. “We’re in a very unique location where you have that crossroads of community: a vibrant art scene down the way, the college right by us, you got a convention center where people from all over the world come and do business.”

Those future visitors will be welcomed by Good Spot’s endearing logo: a sloth swinging from a pole, paying homage to The Swinging Hookah, the former smoke shop that last called the building home. The three-toed animal is the perfect representation for the relaxing, slow-going atmosphere they’re hoping to curate in the 7,500 square-foot space at 386 South First St., say the restaurant’s owners.

Trinh, a native San Josean, optimistically hopes to open for business by mid-February, at least in time for Valentine’s Day. Contending with ever-changing Covid-19 restrictions, they’ll leverage catering, delivery and ordering ahead for takeout.

Good Spot will one day have indoor live music and gatherings on the rooftop patio. Chef Luong Nguyen will serve a locally sourced menu of small plates with contemporary takes on food and techniques from Southeast Asia, including Thailand, China and Vietnam.

The lounge blueprints include expanding the second floor into a private VIP space and local art gallery, with a beer garden overlooking Second Street. Development on that part was paused to ensure the first floor and its kitchen would be ready for a February opening.

But the business partners behind the effort have been busy with other logistics decisions, anyway, including order-ahead technologies, safe packaging requirements and retail options.

Trinh is tapping into his high-end experiences across town at Santana Row in dreaming up the Good Spot. He oversaw the Chris Yeo group in places like Straits Restaurant and Sino, though those closed in June. 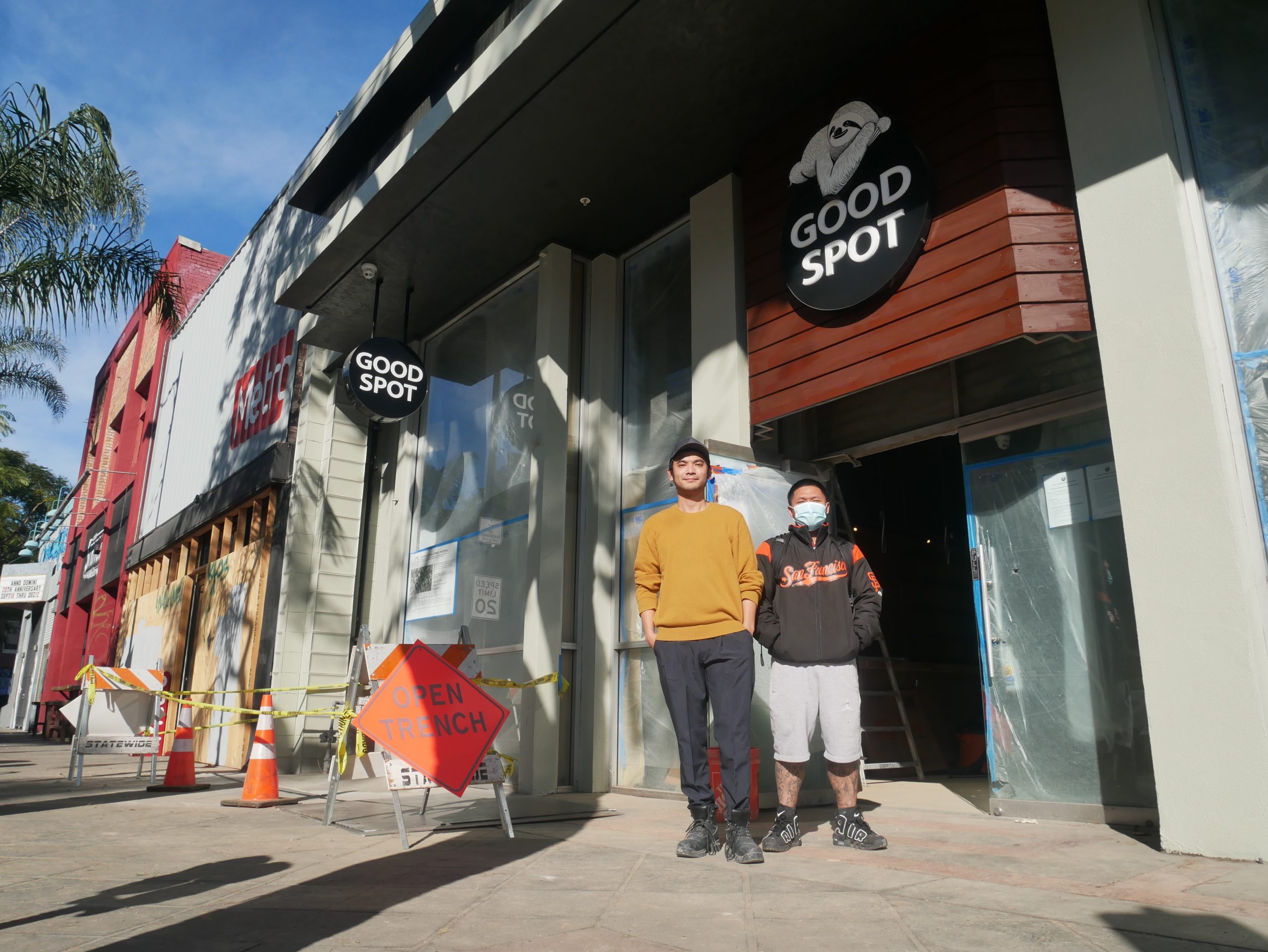 Opening a restaurant in normal times is difficult, but Covid-19 made the typical unforeseen circumstances of starting any new business—scheduling, contractors, governmental red tape—a tad bit more complicated for Trinh and his partners.

And transforming a smoke shop into a lounge wasn’t a turnkey operation because it meant building an entirely new kitchen with the plumbing, flooring and electrical to go with it.

Trinh said he went all in despite all of that, framing the uphill battle as part of the restaurant’s origin story of overcoming obstacles of the times, and hopefully (eventually) helping the community overcome, too.

“At this point, it’s either we cut and run and lose everything, or give ourselves a shot—give the community a shot,” Trinh said. “Because once all this is open again, people are going to want a sense of normalcy. They’re going to be looking for something, and we want to be part of the rebuilding effort.”

Good Spot is just one part of a wave of new business moving into the SOFA District.

The Guildhouse, a gamer lounge that is slated to be a “spiritual successor” to the former AFKgg Gamer Lounge will open in the coming months near Good Spot’s new home. It will join new businesses like Nirvana Soul, which has been enthusiastically embraced by locals since its September opening.

But those new beginnings aren’t without endings to decades of history.

Some worry the downtown core is beyond its golden days, especially as Silicon Valley employers fully embrace working from home. But Councilman Raul Peralez, who oversees downtown within District 3, sees this as another chapter in San Jose’s history of highs and lows.

“It’s all bittersweet,” Peralez said. “You can't help but be excited for the new businesses that are opening, but at the same time, if you have to fold your business that you put your heart and soul into, that is heartbreaking … I think we will see a resurgence rather quickly with new businesses like Good Spot, and the businesses that have been able to survive. I think (the SoFA District’s) the right place to do it: it's got that excitement, that grit and that history.”