A new gamer lounge is coming to downtown San Jose’s arts district, taking over about 18,000 square feet where the Forager Tasting Room and Eatery, a food hall and events space, once sat.

The new lounge, called Guildhouse, will be a “spiritual successor” to the former AFKgg Gamer Lounge, which closed in April 2018 after about three years along Santa Clara Street in downtown, according to Kevin Wick, a co-owner of the company behind AFKgg and the sole owner of Guildhouse.

“It’s almost a do-over, but it’s in a lot of ways bigger and better this time,” Wick told San Jose Inside. “For the gaming community, I felt like I owed the community this experience I had promised them [with AFKgg].”

Wick is collaborating with one of his former business partners—who currently runs the game lounge and retail shop, AFKxp Tech + Games, in Campbell—to bring Guildhouse to life. While he wasn’t ready to share many of the design and programming details for Guildhouse Thursday, Wick promised more information in the coming weeks.

In the meantime, he’s pushing forward through a pandemic that might have scared some people off from launching a new effort.

For Wick, it was just the opposite: the coronavirus-induced recession created an opportunity in the form of lower-than-usual rents in an area he’d been hoping to set up shop in since AFKgg closed—and, in truth, even before that.

“I was looking at this spot when it was South First Billiards to put AFK before it ended up being on West Santa Clara Street,” he said. “If you go back and look at the old drawings I did on the Kickstarter [for AFKgg], and on our social media, they were of this space. The blueprints and the plans were of when it was South First Billiards and putting all the games in here. It’s so crazy that all these years later, we’re ending up with our first choice of venue to do Guildhouse.” 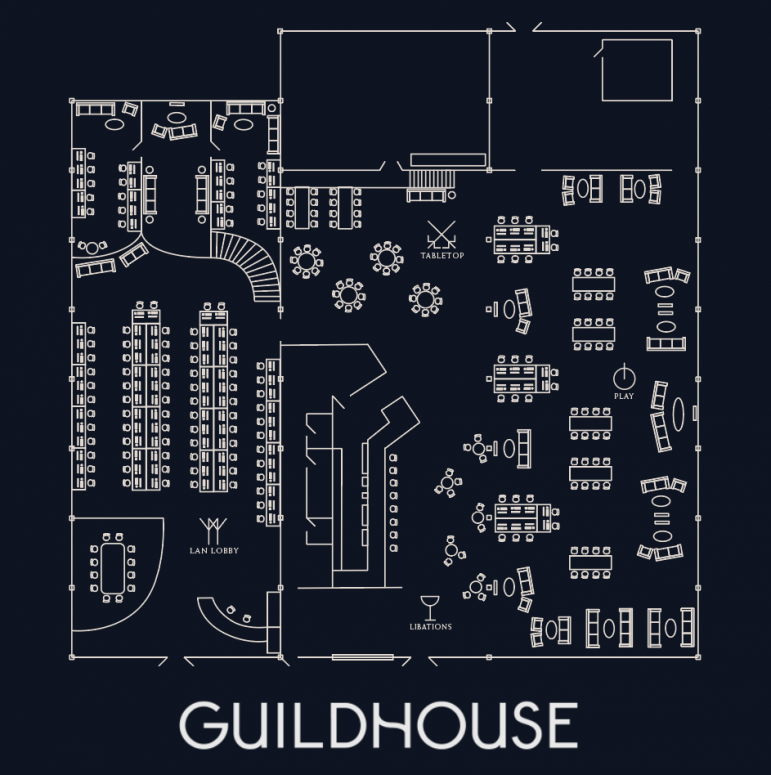 Guildhouse will be a "spiritual successor" to AFKgg Gamer Lounge, which closed in downtown San Jose in 2018. (Image courtesy of Kevin Wick)

The new lease, at 420 S. First St., marks one of the largest retail deals in the South Bay during the pandemic—and it’s a good sign for San Jose, according to Nick Goddard, a senior vice president at brokerage firm Colliers International.

Companies have continued to open in downtown San Jose since March, when county officials first ordered all non-essential businesses closed before oscillating between loosening and tightening those restrictions over the last eight months. Likewise, large developments in the city’s downtown core and near Diridon Station have pushed forward this year despite slowdowns in construction, changes in the way business is done and a financial market that tightened its purse straps, at least for a while.

The SoFA District has had a particular draw for new retailers.

Steps away from where Guildhouse will soon aim to become a South Bay gamer haven, Petiscos restaurant opened its doors in early December, about a week before county officials shut down on-site dining again. 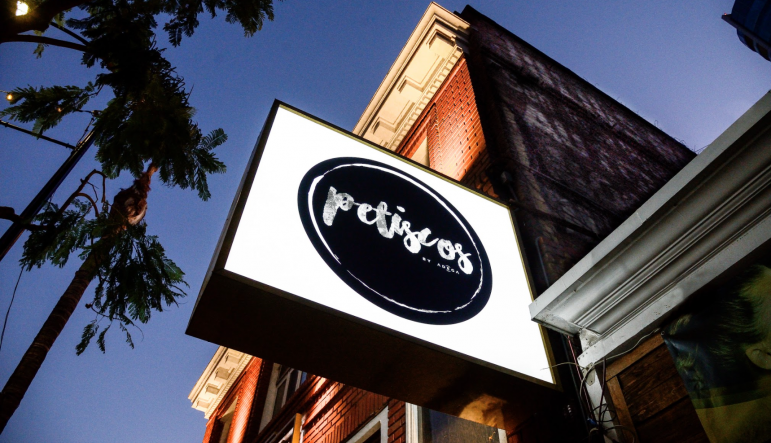 Like Wick, Petiscos owners Carlos and Fernanda Carreira—who are also behind highly rated restaurant Adega and bakery Pastelaria—found an opening in the pandemic to launch their first tapas eatery in downtown, where they want to be for the long haul.

“It’s a business bet—we are betting on the future, that five years from now, 10 years from now downtown [San Jose] is going to look different, it’s going to feel different, and moving our businesses into downtown now will be a good bet,” Carlos Carriera said in a recent interview.

Up the street, about a block from where Guildhouse is settling in, two sisters opened Nirvana Soul on Sept. 26, and were rewarded with lines snaking down the block on opening weekend. The new businesses—and the community enthusiasm for those retailers—may be a sign that downtown has more might to persevere through the economic setback than it has in past downturns, Goddard said.

“Historically, it has always been that if the market got a cold, then downtown would get the bubonic plague,” he said. “I don't think anyone thinks that's going to repeat itself.” 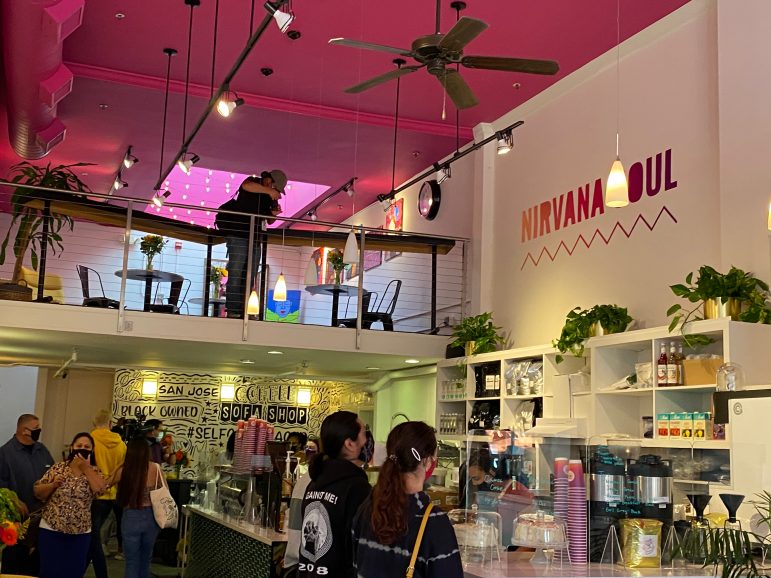 Nirvana Soul opened in September 2020, and residents lined up down the block during opening weekend. (Photo by Dan Pulcrano)

As for Forager, which has hosted weddings and corporate events in its soon-to-be games-filled location since early 2017, they’re not going away entirely.

The two businesses worked out an agreement that would allow Forager to get out of their lease early after eight straight eventless months that have devastated businesses that rely on large gatherings for revenue. But anyone who booked events at the locale for the new year can keep those reservations through the agreement, Wick said.

A representative for Forager didn’t immediately respond to a request for comment this week, but Wick said that if the partnership turns out to be mutually beneficial, he’d be open to having Forager continue to book events in the space.

Wick’s overarching vision, however, is that the SoFA district will become a “larger, broader gaming part of San Jose and the Bay Area” with Guildhouse as an anchor. The idea was inspired by Japan’s Akihabara area, known as a legendary gaming and electronics district.

“I'd love to see something like that in the Bay Area because we are the Silicon Valley, where all the technology comes from in the first place,” he said. “We should have something as cool as what they have.”