Police have detained a person of interest in connection with a fire that destroyed an under-construction apartment complex in Santa Clara today.

According to CBS Channel 5, Santa Clara Police Department Capt. Wahid Kazem declined to elaborate on the reasons for the person’s detention but confirmed that they are in custody and being questioned.

The blaze ignited sometime between 11am today. Within the hour, the entire top of the project was entirely engulfed in flames, which threatened neighborhoods of single-family homes that surround the development. 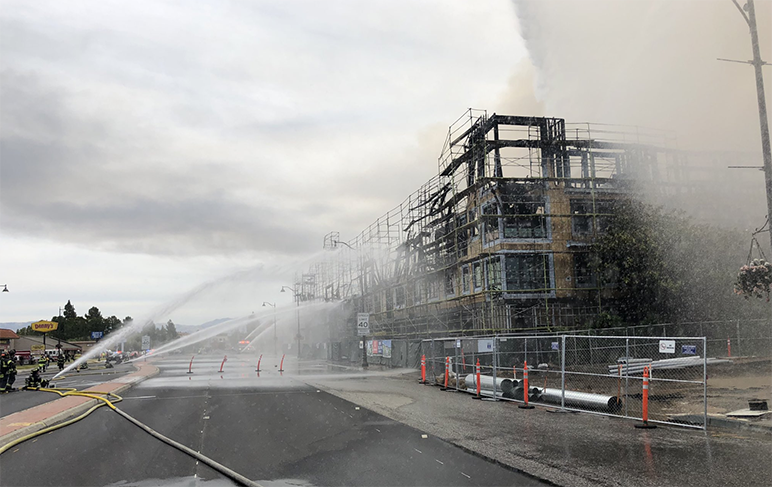 They have since contained the blaze, but there’s still smoldering debris and a mop-up is underway, authorities told reporters at a news conference.

“Once again, the city of Santa Clara’s first responders saved the day,” Mayor Lisa Gillmor said in a news release. “Specifically, their heroic actions saved the adjacent neighborhood from what could have been a true catastrophe for many of our residents. I want to personally thank our fire personnel for their quick and attentive response and our police department for assisting with the evacuation and much more.” 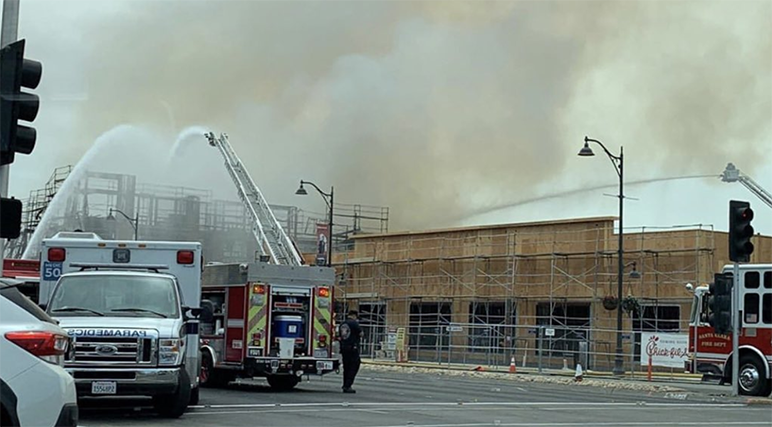 The Pinn Bros’ Development mixed-use project at 1890 El Camino Real was on track to be completed by the year’s end. It would have built 58 condos on the 1.5-acre property.

LATEST INFO: The Santa Clara fire is reported under control but is not completely out due to the amount of smoldering debris, according to @SantaClaraFD https://t.co/fJBdq7sgc5

Santa Clara fire Chief Bill Kelly said everyone evacuated the site without incident, although one worker sustained a leg injury from jumping off the scaffolding.

Authorities have yet to determine what caused the fire, which prompted evacuation orders for 10 homes on Pierce and Clay street.