On a warm, sunny afternoon in November, Emily Parker sits on a concrete bench outside her shop and searches for the right words about how she realized her calling as a leather artisan. “I found a lot of peace and calm whenever I started doing this,” the 34-year-old Peninsula resident says.

There’s something poetic, romantic about working with one’s hands to turn leather into shoes or a bag or another good that people will use, she adds.

With the soft launch of her EM Parker label in her online shop early this year and the grand opening of her Menlo Park storefront at the Allied Arts Guild in December, she’s finally seeing the physical manifestation of years of work learning the trade and finding her place in a community of makers and artisans. It’s a sharp contrast to what her life was like even a few years ago, when she seemed on track to follow in her family’s footsteps as a career civil servant.

But all that was before her boyfriend was diagnosed with cancer in 2012, and before she started re-examining what she really wanted out of life.

Parker came from a family where most people worked in civil service or the military, and she hewed to the same path. She earned a bachelor’s of science degree in humanities and justice studies from San Jose State University, then a master’s in public administration from the University of San Francisco, and started a nearly decade-long career working in local and federal government jobs.

Her boyfriend’s illness suddenly made her rethink her priorities. He pulled through, they married, and they moved to Boston in 2013 for a job opportunity. Parker started using her vacation time to explore her interest in shoemaking, taking classes from the likes of James Ducker and Deborah Carre, who had made shoes for John Lobb. It was the beginning of what turned into four years of training that took Parker around the country, learning from well-known leather artisans including Marcell Mrsan, Beatrice Amblard and D.W. Frommer II.

Frommer recalls Parker as a “very bright and energetic” student. He’s been making boots and shoes full time for nearly 50 years and offers classes that are generally three weeks long, teaching students how to make a pair of boots from the ground up. It’s not an easy trade to learn or business to get into, Frommer says, given the scarcity of teachers and quality tools and materials. “You need to have this goal fixed in your mind so firmly that you won’t let any of that get in your way,” Frommer says.

Parker seems to embody that. After moving back to the Bay Area, she decided she wanted to make leather goods full time. She saved up for a year, created a business plan and quit her government job. Still, few people talk about how expensive it is to start in the trade, Parker says. One can make leather goods with tools as simple as a needle, thread and an awl for for piercing holes, but the reality is there are many other things you end up needing, including training, other tools and machines if you want to make some parts of the work more efficient.

In true Silicon Valley fashion, she started working out of her home’s garage in Redwood City. Parker modified the space, which was built in the 1920s, to be a suitable workshop. She leveled and repaved the floor so it could house some of the nearly one-ton machines she uses. It wasn’t unusual for her husband to come home from work, open the garage door and find her using a rented jackhammer. She didn’t want to work with spiderwebs in an unfinished garage, she says with a shrug. She was going to do whatever it took to create at least a small boundary around a dedicated work space.

Though she has some machines at her home studio, Parker has refrained from using more machinery in her work. “Part of the whole maker process is not making it efficient,” she says. “It is keeping it to the traditions.” A clutch can take her around a dozen hours to make. A batch of six pairs of mules can take around 16 hours. Her designs are inspired in part by her childhood in Orange County, where she says she grew up “in Converse and flip flops” before developing a penchant for high-end shoes as an adult. She wants to make simple, wearable items that people will return to, she says. Most of her clutches, for example, are versatile enough for both grocery shopping and a night on the town. She also makes some special occasion and limited edition items (like the one-of-a-kind gray ostrich envelope clutch that retails in her online store for $825).

Parker’s attention to detail goes beyond the design and making process to how she sources her materials. She buys leather directly from tanneries in Europe, mostly from France and Germany, to ensure she’s working with high-quality material. The European Union has more regulations than the United States on the tanning process, which is a main draw for her. Parker does not use “chrome-tanned” leather, which can develop traces of chromium VI, or hexavalent chromium. The compound can cause allergic reactions, and the Centers for Disease Control classifies it as a carcinogen.

Even as a small-quantity maker, Parker’s gained access to top tanneries and other supplies around the globe with her personal touch. She went to Lineapelle trade shows in New York to meet the owners of companies whose materials she wanted to use. She followed up with them by email and even sent some of them Christmas cards to develop a personal connection.

Parker has also made a mark on the local maker community with her willingness to share her knowledge. She consulted maker friends abroad and watched YouTube videos to learn how to repair her machines since it was hard to find service people locally, and word of her skills spread. She’s already replaced parts in three machines for other people around the Bay Area, she says. “To be a leatherworker, you don’t get to just do leather,” Parker says. “You have to do all these other things that you don’t really plan on doing. But it’s fun. It keeps things interesting.”

This year, she decided to take her work from the online world to a physical storefront after meeting a friend for lunch at Cafe Wisteria on the grounds of the Allied Arts Guild. Parker had never been to the artisan community before. “I walked in and the seas parted,” she says. “It was like, this is where I am supposed to be.”

Parker didn’t know if she was ready for a storefront, she says, but she also knew it was an opportunity that might never come again. Her grand opening is set for Dec. 14, which means she’s pulling some late nights to create products for the shelves while keeping up with custom orders. Even with all of that to manage, Parker’s background in serving others shines through: She’s hoping to start offering classes next year for people interested in learning about working with leather.

Parker had gone through a bit of a crisis when she left a service job to make leather goods, she admits. She wondered if it was selfish. But she’s a happier person now and hopes to spread that to the people around her.

This feature is part of our annual Metro Silicon Valley Gift Guide, which hits newsstands throughout the South Bay today. To read the rest of our issue, click here.  For cannabis-related gift ideas, click here. All photos by Greg Ramar. 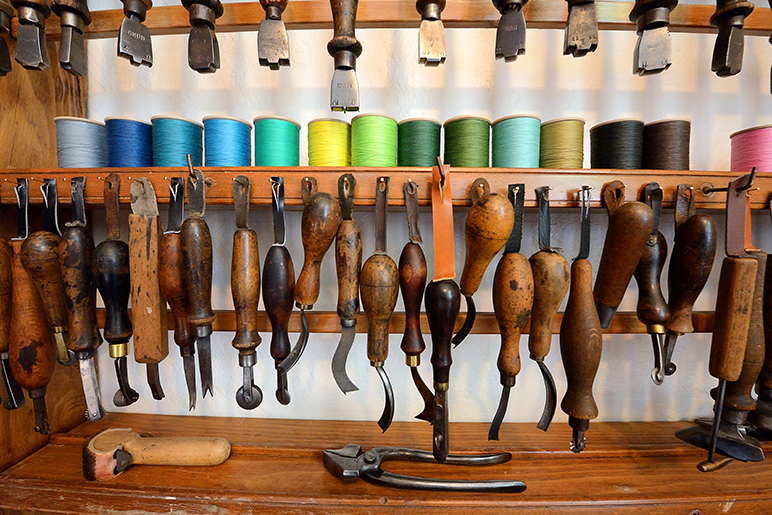 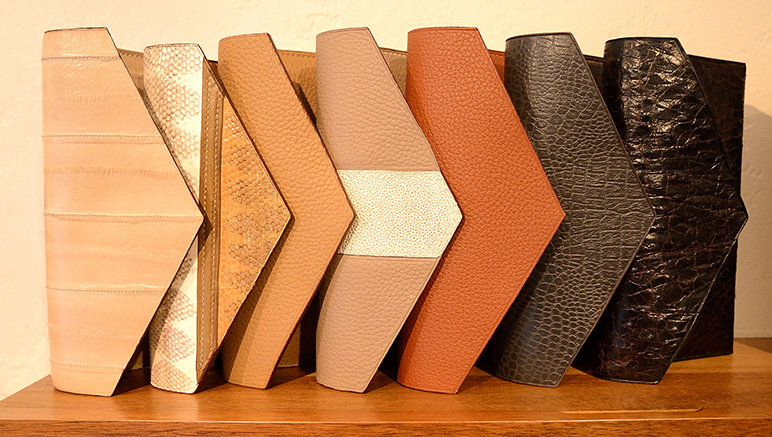 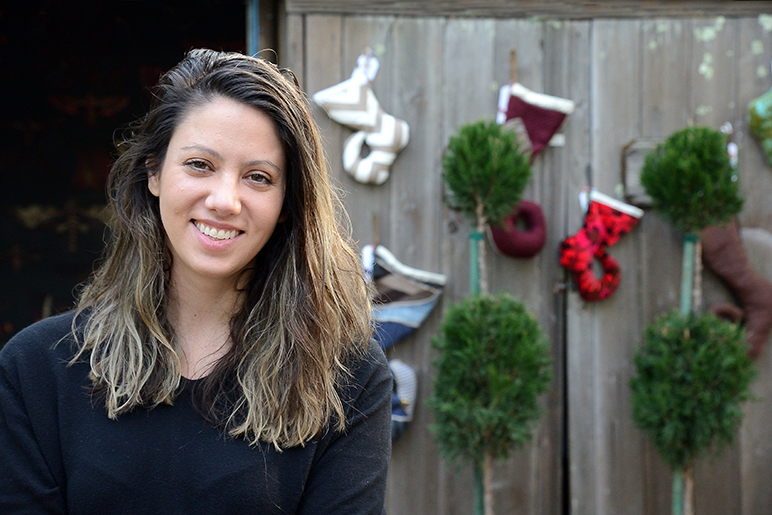 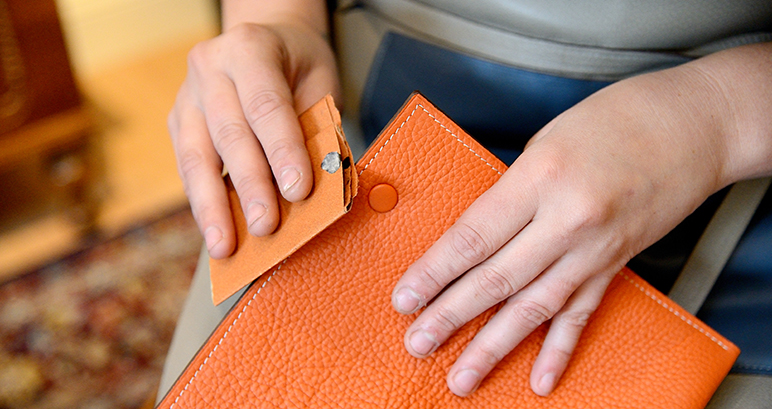 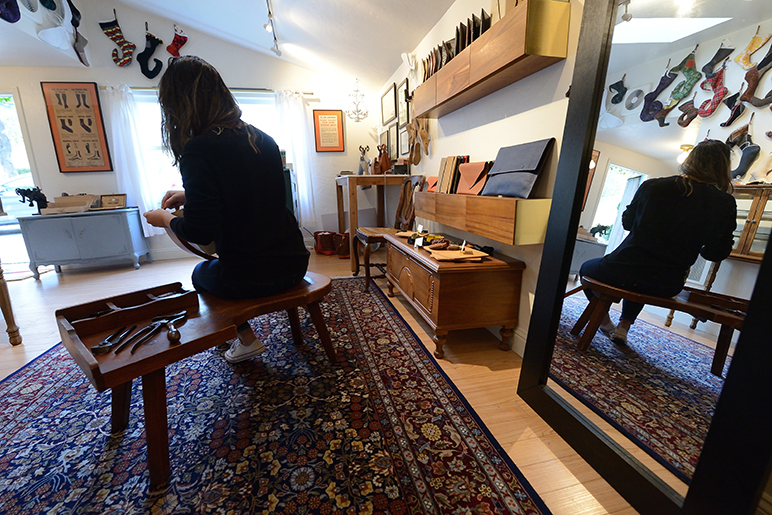 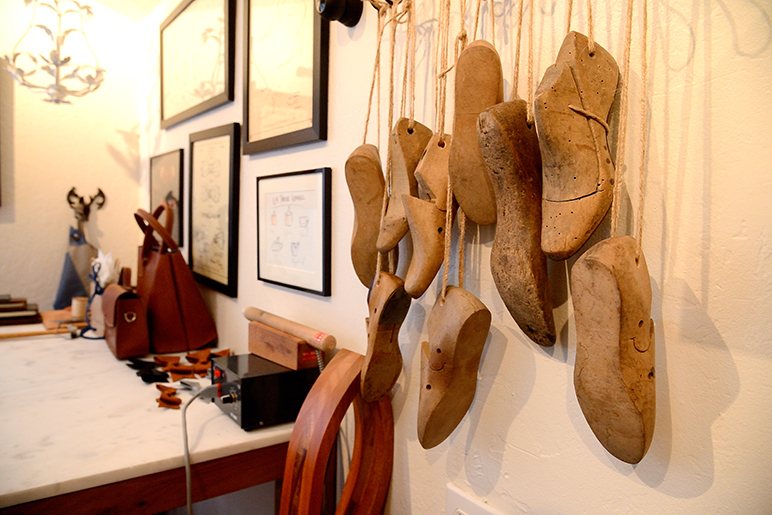 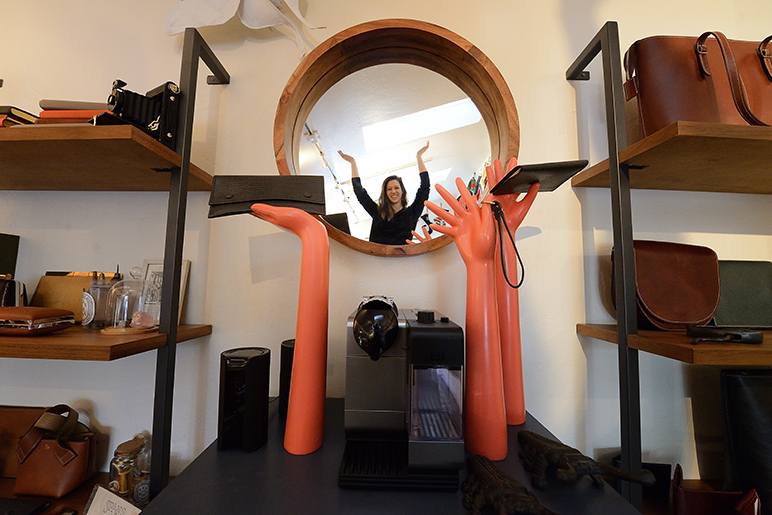 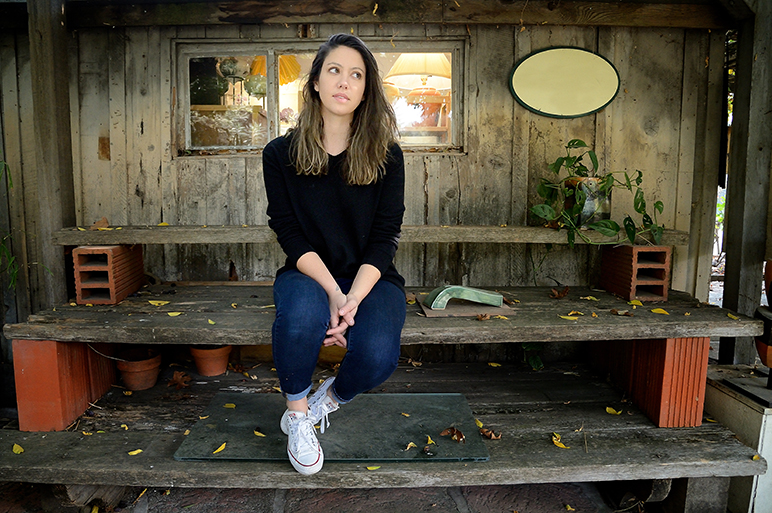 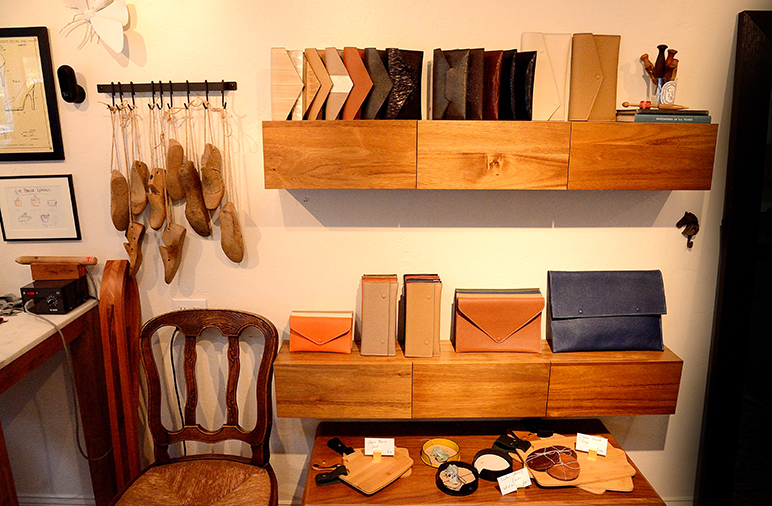 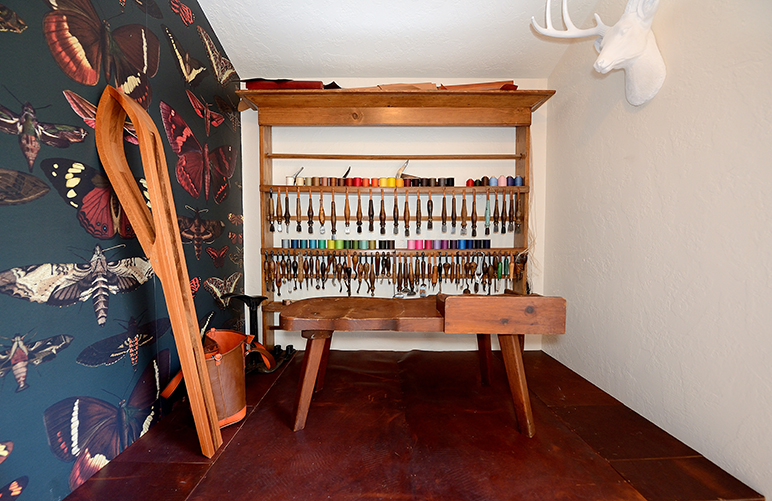 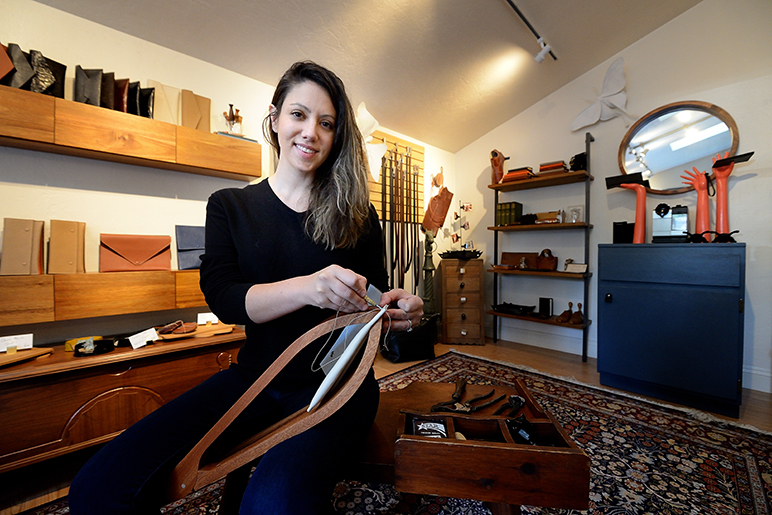