With lawsuits and campaign misconduct allegations flying a week before the Nov. 3 election, it’s anything but a smooth home stretch for California’s $220 million battle over the future of gig work, Proposition 22.

Business-versus-labor battles over taxes, minimum wage and other regulations are already a staple of California’s ballot measure system, which allows voters to create and amend laws in a form of direct democracy that often breeds confusion.

But Prop. 22—a business-backed measure to exempt gig companies from state labor law AB 5 and change how contract drivers get paid—has shattered spending records and unleashed new forms of digital campaign ads that tech companies are uniquely positioned to deliver to millions of workers and customers.

Though labor groups are being outspent $200 million to $19 million, they’ve fought back by appealing to courts and government regulators—and by extension, the court of public opinion. On Monday, drivers filed a class-action discrimination lawsuit against Uber alleging that the company’s driver rating system perpetuates racial bias.

Last week, drivers filed another suit against Uber for attempting to coerce them into supporting the measure with a barrage of messages in the app. They also complained to the Postmaster General about the Yes on 22 campaign abusing nonprofit status for postage discounts, then celebrated an appeals court ruling that Uber and Lyft must start classifying and paying drivers as employees by this winter if the ballot measure fails.

“At the end, when you’re really fighting it out, going to court can accomplish two things,” said Jessica Levinson, a law professor and Director of Loyola Law School’s Public Service Institute. “You can try and vindicate your rights, but it also shows to the world the seriousness of what you’re saying.”

For large labor unions and a new crop of gig worker advocacy groups like Gig Workers Rising and Rideshare Drivers United, Prop. 22 and the labor law it attempts to evade are a proxy war over workers’ rights in an digital economy where stability can be elusive.

But gig companies, in the process of shifting from quirky startups to multibillion-dollar public companies chasing profitability, are seizing the pandemic to argue that their on-demand contract jobs still get cash into the hands of workers faster than traditional jobs or government programs.

“Uber, Lyft and other gig work provides a safety net for Americans that unemployment checks cannot,” the Yes on 22 campaign argued in a statement last week. Labor groups counter that the companies have long gone to extremes to avoid traditional costs of doing business, like unemployment insurance taxes, minimum wage and health care.

“Think about what they could be spending all of that campaign money on,” Oakland ride-hailing driver Mekela Edwards said during a No on 22 campaign event, ticking off worker benefits like paid sick leave and protective equipment for drivers during the pandemic. 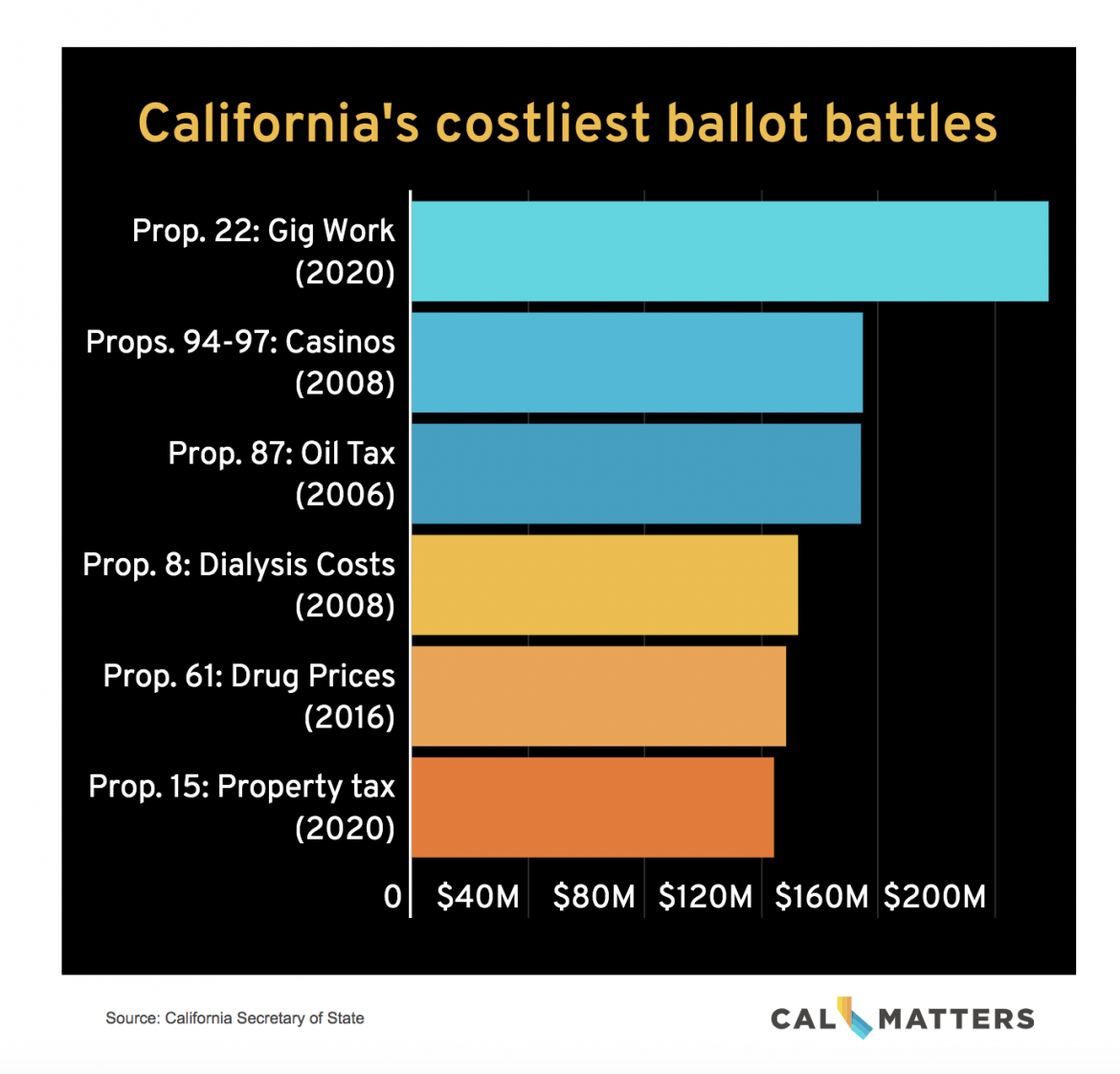 If Prop. 22 passes, the ballot measure would keep drivers independent contractors and guarantee pay of 120 percent of minimum wage, partial health care subsidies, partial expense reimbursements and accident insurance—though the narrower benefits would be based on engaged time, or only when a passenger or order is in the car, leaving unpaid the roughly 30 percent of time drivers spend waiting for work. Prop. 22 also requires a 7/8 “super, super, super-duper majority” for lawmakers to make changes later.

Drivers are divided on the measure.

While AB 5 and current state law would not require the companies to change drivers’ schedules, Uber and Lyft have argued in court that it doesn’t make sense to allow full-fledged employees to log in and out as they please, spurring some drivers to support Prop. 22 to keep their flexible schedules.

Drivers opposed to Prop. 22 say they should be guaranteed the same legal protections as workers in other industries, even if gig companies have to change their business models in the process. Some also favor the ability to unionize and bargain commissions like taxi drivers, which Prop. 22 would prohibit.

Uber and Lyft have both threatened to pull out of California or cut hundreds of thousands of jobs if forced to treat drivers as employees, which labor advocates say fits a pattern of businesses bluffing or overstating the financial impacts of new regulations.

Other corporate interests like Chevron, Mercury Insurance, dialysis giant DaVita and the real estate industry have spent big on past ballot measures with high financial stakes, but Levinson said Prop. 22 is a different kind of campaign.

“Those were ballot measures that affected the businesses, but not the relationship of the businesses and the workers,” Levinson said. With both sides in the Prop. 22 battle suggesting that they’re looking out for workers’ best interests, “People are not lined up the way you necessarily think they would be” on the measure, Levinson said. One poll found that 40 percent of those who voted Yes on Prop. 22 did so to ensure drivers earn a living wage, even though the measure offers fewer benefits and pay estimates vary widely.

In addition to the unprecedented campaign cash and high bar for amending Prop. 22, another open question is whether the measure could inspire other industries to take more of their own labor disputes to voters. As it stands, Prop. 22 has a narrow lead in the polls.

“This is what we always say with ballot initiatives: If business wins here, then every other business is going to put on a ballot initiative to try and win a favorable outcome,” Levinson said. “Sure, if they have this much money to spend.”

Liliana Michelena contributed to this story.

Lauren covers the California economy for CalMatters, a nonprofit and nonpartisan news venture.