A doctor accused of exposing patients to infection by reusing syringes for decades is no longer working at the Kaiser Permanente San Jose Medical Center.

Hospital officials said Kaiser stopped working with Stanford University-trained anesthesiologist David Reese Rummell at the end of September, exactly a year after alerting the Medical Board of California about the allegations.

“Kaiser Permanente reported the physician to the medical board in 2019 and will continue to cooperate with the medical board’s ongoing investigation,” a spokesman for the Oakland-based healthcare company, told San Jose Inside in an email. 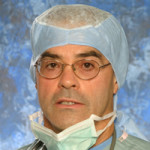 A complaint filed against Rummell by the medical board says the allegations surfaced in September 2019 when a anesthesiology technician told higher-ups that the doctor routinely used the same syringe on multiple patients.

Initially, per investigators, Dr. Rummell acknowledged reusing syringes to save money and time and to avoid waste. He reportedly explained that he changed the needle for each patient, but used the same syringe.

“Respondent posited that the valve system on the intravenous lines, location of the medication injection point and use of alcohol swabs rendered his practice safe,” the medical board claim reads.

Days after that first talk with investigators, however, Dr. Rummell recanted his earlier admissions, according to state officials.

When the medical board followed up with its own inquiry, Rummell reportedly admitted to the practice once again, saying he’d been doing it for decades and that he thought it was fine because it saved time and resources. He also claimed that, to his knowledge, no one ever came down with an infection from a reused syringe—a conclusion authorities say he reached by following up with patients by email within 24 hours of their procedure.

“When asked about statements made during the hospital inquiry indicating syringe reuse was not his practice, respondent stated that he was counseled to 'muddy the waters’ by denying misconduct,” the medical board complaint states.

State officials say Dr. Rummell recycled syringes for an untold number of years despite his own hospital forbidding the practice since at least 2004 and issuing revised procedures in 2016 that clearly denounced reuse “even if the needle or cannula on the syringe is changed,” per the complaint.

Officials added that Rummel’s insistence that reuse was safe also flew in the face of  “common knowledge and understanding among anesthesiologists that this practice was inappropriate, posed a real risk of infection and was far outside the standard of care.”

As a result of the allegations, the medical board is trying to revoke or suspend Rummel’s license. Attempts to reach Rummell for comment were unsuccessful.