San Jose Inside has confirmed that on Dec. 29, San Jose’s second-highest ranking non-elected employee submitted notice of her intent to leave the city. Antil will receive a severance package of five months salary, or about $100,000, in exchange for an agreement not to file suit against the city. What claims she could levy against her employer of just eight months, after coming over from the city of Palo Alto, are not exactly clear. 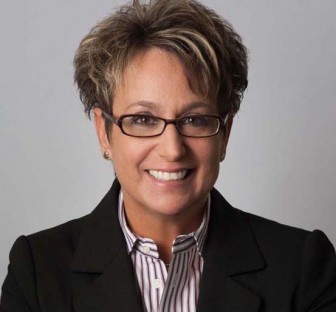 Nearly two dozen City Hall insiders interviewed for this report say that the past month’s exodus of key staff—including Antil’s departure, the forced resignation of City Manager Ed Shikada and the firing of deputy City Manager Alex Gurza—points to dysfunction in the $3 billion city government’s senior executive team over the last six months.

During that time, potentially inappropriate personal relationships and perceived favoritism, as well as alleged threats of violence and overzealous internal investigations, have split the city manager’s office into factions. The turmoil has created a foreboding sense among top staffers that another shoe could drop at any time. The office’s productivity has also become an issue, according to sources.

The discontent appears to have begun shortly after Antil joined the city in May. Her arrival coincided with Shikada incrementally reducing Gurza’s responsibilities, which led to conflicts between the city manager and his lead labor negotiator. While Antil—an admittedly direct, unapologetic manager—was not Gurza’s direct boss, her position as assistant city manager placed her one step higher.

Shikada also hired Joe Angelo in August to assume the role of Human Resources director, which again cut into Gurza’s responsibilities as head of the Office of Employee Relations. In addition to carrying out orders from the council on negotiations with public employee unions, Gurza, who celebrated his 20th anniversary with the city two months before Shikada fired him, oversaw internal investigations into matters that ranged from poor performance to misconduct. The vigor with which he carried out these investigations is a matter of contention, but a report by an outside law firm suggests that he may have crossed the line in one instance. This is one of several reasons Shikada fired Gurza after learning about his own fate a day earlier.

On Dec. 9, Shikada received a performance evaluation from the City Council in closed session. San Jose’s incoming mayor, Sam Liccardo, notified him a day later that a search for a new city manager would be launched. The 11-year city employee, who had held the city manager role for almost exactly a year, was informed that he would be stripped of his duties and tagged with an interim title in the meantime. The move, once announced, would effectively neuter Shikada of any executive power. 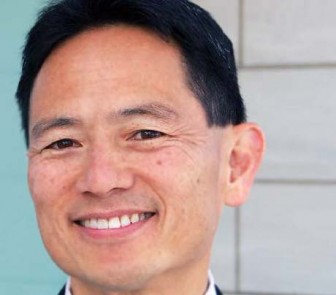 In bold fashion, without notifying his bosses (the mayor and council), Shikada called Gurza into his office and informed him he would be terminated. City Hall security waited outside the office door. The axing shocked just about everyone—Gurza, Liccardo, terming-out Mayor Chuck Reed, council members and fellow city manager staff—and all but ensured Shikada would be removed from his post sooner than later. His resignation was announced the following week and his last day was New Year’s Eve. At Liccardo’s direction, the council appointed one of Shikada’s top lieutenants, Norberto Dueñas, to the interim position.

In addition to firing Gurza, one of Shikada’s last actions was to help engineer Antil’s exit. Her brief time in San Jose appears to have been tumultuous, and yet few people outside of the manager’s office say they were aware of the situation until last month.

According to a redacted report obtained through a Public Records Act request, the law firm Hirschfeld Kramer LLP concluded that an internal investigation initiated in autumn after an anonymous whistleblower complaint—and presumably carried out by Gurza—overstepped its bounds. Both the internal and external investigations focused on allegations that two employees were misusing city time by leaving work early together. One of these employees, according to sources, was Patrick Heisinger, who five months earlier had been promoted from the Housing Department to a senior analyst position in the manager’s office.

In mid-September, a small group of city employees attended the 100th Annual ICMA (International City/County Management Association) conference held in Charlotte, N.C. During an off-the-clock dinner at Tupelo Honey Café, a “Nuveau Southern” cuisine restaurant in the Dilworth neighborhood, about 15-20 government employees from San Jose and other California cities shared comfort food, drinks and conversation. It was at this time, sources tell San Jose Inside, that Heisinger shared his frustration with Gurza’s inquiries, which apparently included digging into a personal relationship. 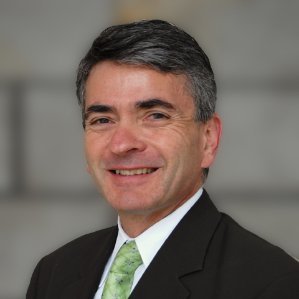 Heisinger, who was seated next to Antil, reportedly vented anger with the process and said he would like to physically assault the people he believed were talking behind his back, including Angelique Gaeta, an assistant to the city manager who had worked with Heisinger on San Jose’s medical marijuana regulatory program. Gaeta was not in attendance for the trip.

When Gurza heard about the threats, he launched another internal investigation. Sources say he attempted to debrief Antil but was rebuffed. There are varying stories on who heard Heisinger’s alleged comments, but sources tell San Jose Inside that Antil instructed co-workers not to discuss it.

In a brief phone conversation, Heisinger denied making any threats and said an investigation “concluded there was no wrongdoing.” He was, however, placed on administrative leave and, when he returned to the city, he landed back in the Housing department in his prior role at a lower salary.

Heisinger said his change in duties was voluntary. When asked to clarify what exactly occurred at the dinner in Charlotte, he hung up the phone.

Shikada’s decision to fire Gurza in December, knowing his bosses would certainly disapprove of such a bold move by a lame duck city manager, clearly left the incoming mayor miffed.

“The timing was a concern,” Liccardo says. “Ed was informed of my desire to start a search for a city manager before Alex walked into his office to be terminated.”

But in an odd quirk of the civil service system, Gurza was able to return to the city’s employ just two business days after being fired to a low-level analyst role in the Parks and Rec department—the same job he held when first joining the city. Days later, word leaked out of City Hall that Shikada would get the axe.

The city’s police and fire unions, which had attempted to negotiate a compromise on Measure B pension reforms with Shikada during the summer, said in a press release that the city manager’s forced resignation had “squashed” all hope for a fresh start with the Liccardo administration. The council rejected that compromise in August, but there is an acknowledgment by people involved in the process that the agreement was doomed to fail during the mayor’s race. Both sides could have been seen as politically weak by accepting a compromise: Liccardo and Reed would appear to be backing down on pursuing court validation of Measure B pension reforms, and public safety unions would lose the argument that the city’s political leadership was unwilling to negotiate a solution.

There has also been speculation within City Hall that Shikada's days were numbered from the moment he became city manager, even though he was given a contract rather than the interim tag. Having him in place during an election year would present an appearance of stability.

Dueñas, the interim city manager, now oversees an office that will be forced to fill not only the position Gurza recently held, but also search for Antil’s replacement. Those decisions, of course, may not be Dueñas’ to make, as a search to replace him is already underway.

The city has refused to answer all of San Jose Inside’s questions about how and why Shikada and Gurza were let go, citing personnel matters as confidential and/or falling under attorney-client privilege. But more answers could be forthcoming. Councilman Don Rocha submitted a memo Thursday requesting that minutes from the council’s Dec. 16 closed session—which also discussed Shikada’s performance—be made public.