Not since the 1968 election that fractured the Democratic New Deal coalition and sparked a decades-long Republican resurgence in national politics have Americans faced choices as stark as those before them today.

“The stakes are high,” San Jose State political science professor Melinda Jackson says. “We haven’t seen an election happen in this context really ever—the context of a global pandemic, economic recession and unrest. So, 2020 feels a bit like 1968 in terms of some of the same issues around racial equality and social protest, which create an extra level of fear and anxiety about potential violence from people who aren’t happy with the result.”

The sharp political divisions of the 2020 presidential contest have led to record-shattering registration and early voting, which put­s the nation on track for the highest turnout in a century. In Santa Clara County, just about 56 percent of registered voters—617,672 out of 1,105,381—had already returned their ballots by Monday.

“Certainly because of the pandemic and sheltering-in-place, more people are looking for ways to vote without going to the polling place,” says John Comiskey, 67, a spokesman for the Santa Clara County Democratic Party. “But the other factor that’s driving early voting, I think, is that there’s more energy and more involvement.”

Another factor could be concern over potential delays in mail-in voting, which prompted many to send or drop off ballots early, Jackson notes.

“The other thing is that there was so much news coverage about potential delays in the postal service and making sure that you get your ballot in early, and I think people really took that seriously,” she says. “You see a lot of people tracking their ballots and really making sure their vote counts, which is great to see.”

Locally, at least, the rollout of 99 ballot drop-off centers seems to have caused the dramatic uptick since Saturday.

“Before Saturday, there was just one early voting center, and now they’re all over the place,” Joint Venture Silicon Valley analyst Rachel Massaro points out. “So that explains some of the surge we’ve seen in the past few days, at least in Santa Clara County. But more broadly, I think the fact that some states have already surpassed their 2016 vote totals is an indication of not just more early voting but increased overall turnout. It’s incredible. It’s unprecedented.”

“Democrats lost four years ago, and I think to a large extent, this buildup of wanting to change the outcome of that election has driven so much enthusiasm this time around,” Massaro tells San Jose Inside in a phone interview.

The South Bay’s historic surge of early electoral participation tracks with state and national trends. With a day to go until polls close, California saw 42 percent of ballots cast as the nation closed in on 36 percent.

Experts say early voting numbers may portend the highest turnout in more than a century. But an overall increase in votes won’t necessarily benefit one party over another.

Historically, Jackson notes, early voting tended to favor Republicans. This time, however, because of President Trump’s harping about the potential for fraud in absentee voting, a higher-than-usual number of Election Day ballots could lean Republican.

“We’re expecting that more Republicans turn out on Election Day,” Jackson says. “And since those votes get counted first, it could look like they’re ahead in many states, when in fact it may still shift towards the Democrats as they tally more absentee votes.”

That scenario is what election experts are calling the “red mirage,” which would be more of an issue in swing states such as Pennsylvania and Wisconsin.

Another trend Jackson says to look for in battleground states is to what extent generational changes in the 2020 electorate shape the outcome of Nov. 3. Though the electorate still skews older, white and more affluent than the population as a whole, Gen Z’s coming-of-age could mark a broader political shift.

“I’ve been thinking about what that means for state propositions related to criminal justice and property taxes, for example” Jackson says. “Younger people are more liberal on crime and less likely to be homeowners, so I’ll be looking at that in particular to see how that plays out when it comes to certain initiatives on the ballot.”

In Silicon Valley, however, the uptick in voter registration and turnout—which has already hit 90 percent of votes cast in the 2016 presidential election—is too big to be explained by young people alone.

“Considering how our region is generally becoming older, there’s no way that surge could be explained just by young people,” Massaro says. “I think when we see the data it’s going to unveil a huge increase in Latino voters. So, we’ll see.”

Bill James, who chairs the Santa Clara County Democratic Party, says he certainly hopes so since his chapter has made it a high priority to court a younger, more diverse demographic. In 2018, the local Dems created an internship for high schoolers, which has brought more youth to the party. When the pandemic forced campaigning to go digital, he said their youthful expertise came in handy.

“Younger people are comfortable with online forums, with getting on a Zoom call with their phone dialing the other line,” James says. “That kind of multi-tasking is nothing new to them. So, what we’ve done as part of our voter operations is to team up some of these older people who might be more experienced phone bankers with young people who tend to be more technically savvy—to have, basically, young people guiding the old.”

Youth involvement in behind-the-scenes organizing has given James a sense of optimism.

“There’s so much at stake for young people right now when it comes to racial policy and LGBTQ and reproductive rights,” he says in a brief phone call Monday. “And when I tell young voters that Gen Z and millennials have come to a point where they Baby Boomers, I think that’s very empowering to them.”

Until the polls close, James says he’ll spend the rest of his time giving get-out-the-vote pep talks to volunteers and making sure as many people as possible who registered to participate in this election actually do so.

A voter interviewed on a national newscast recently summed up his feelings pretty well, James says. In the segment, a reporter asked someone standing in a long line to vote how long they’d been queued up.

“If I remember correctly, I think the answer was something like, ‘I’ve been waiting four years,’” James says. “And if someone asked me, I would say the same thing.” 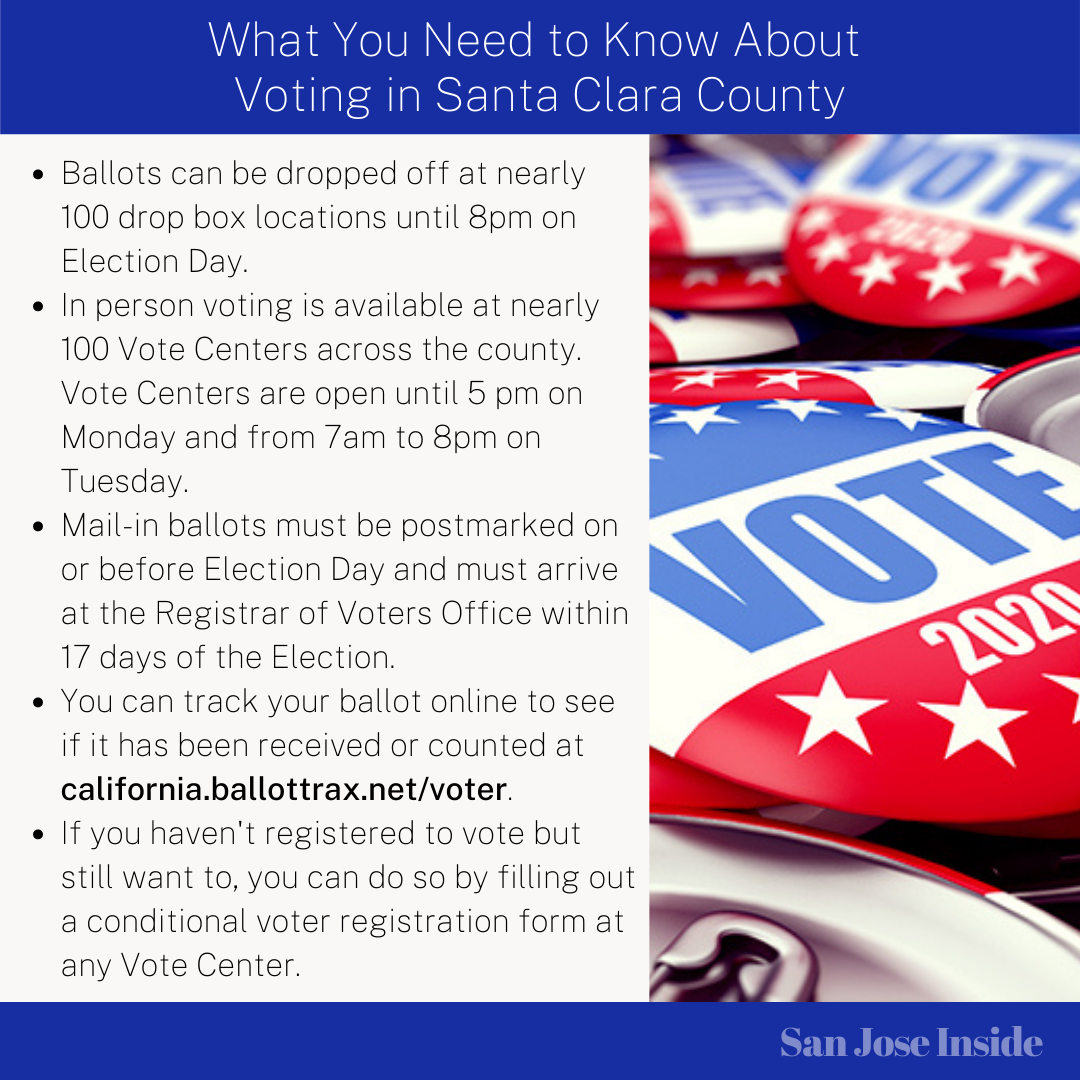