San Jose Councilman Lan Diep took his followers through a virtual tour of City Hall today on Facebook Live. Tour highlights included views from the 18th floor and a peek inside the D4 councilor’s office.

Diep was sure to show off his World Wrestling Federation lunch box that he used back in kindergarten and is now displayed on his bookshelf beside a “kryptonite” crystal and a few Captain America figurines.

“This is an authentic lunch pail [from the] WWF, [which] doesn’t even exist anymore,” he remarked. “It’s authentic, not eBay second hand, but actually mine.” 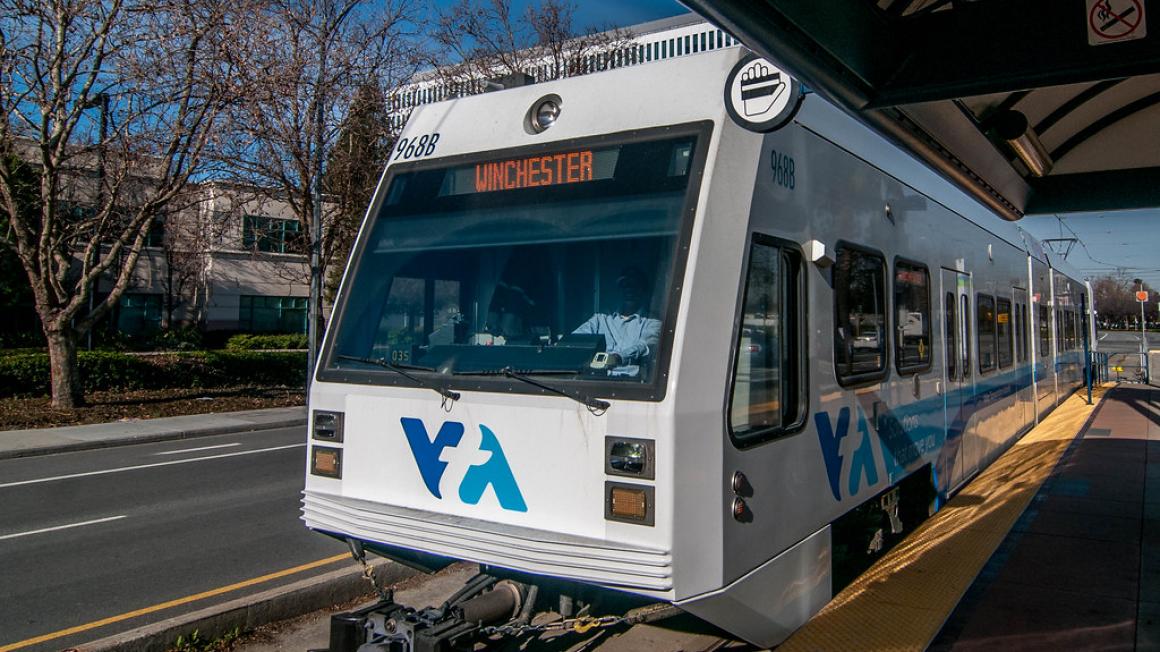 VTA will resume light rail on Thursday, with trains running every half-hour from 6am to 6pm on weekdays. Fare’s still free for as long as long as the stay-home order is in effect.

Service was suspended for a couple weeks after a VTA operator tested positive for COVID-19. The transit authority took advantage of the downtime to deep clean its cars and replace the seat upholstery with durable vinyl.

Keep in mind, though, that the you’re still expected to stay home except for essential travel. That means you should only take advantage of the free public transit if you really, honestly have some errand you need to run or job you need to go to that’s on the county’s list of what’s considered essential during shelter-in-place. 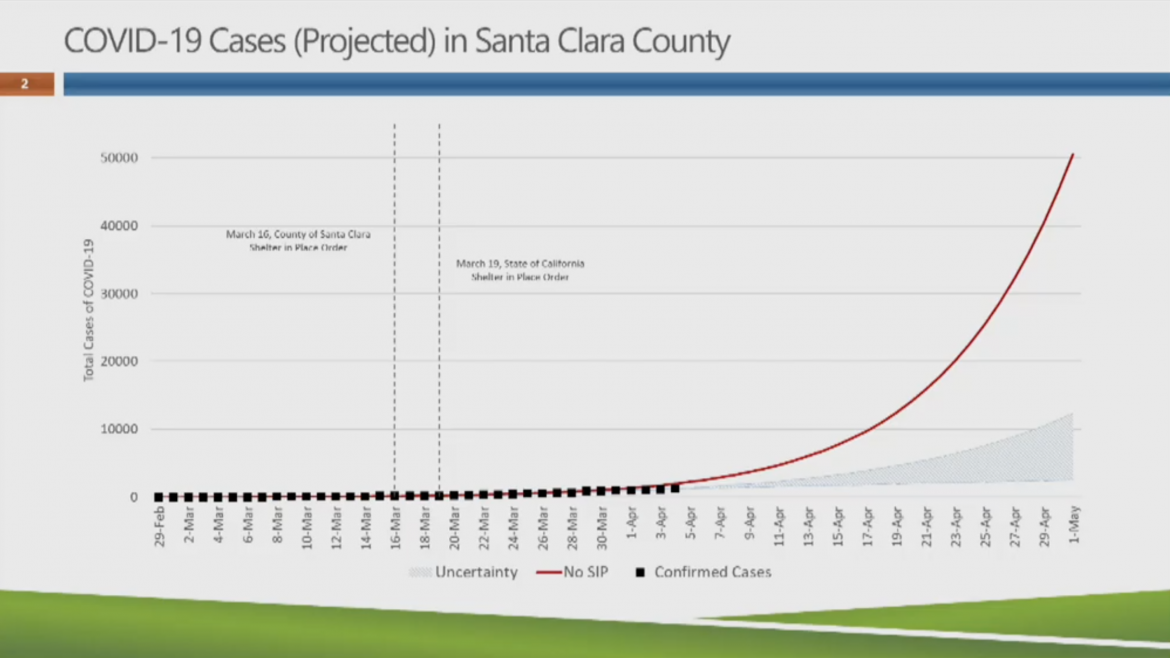 Had the county taken a hands-off approach to the COVID-19 outbreak, it would likely have seen as many as 50,000 cases by early May. And it would have exceeded hospital capacity by tax day (which comes up next week).

However, because Dr. Cody implemented a shelter-in-place when she did, the county is on track to reach about 12,000 confirmed cases of the novel coronavirus.

The public health officer—citing modeling from Stanford researchers as well as her own team—told as much to the county Board of Supervisors earlier today (which you can watch at about the 2:08 mark in the broadcast below).

Although there’s a degree of uncertainty around even the most educated prognostications, the modeling suggests that staying at home as much as possible does work, Cody told county supervisors in their second-ever virtual board meeting.

“So, they’re only estimates and lots of factors are in play,” she said. “Most important is our continued collective ability to maintain shelter in place.”

How long will we have to hunker down?

According to Dr. Cody, that depends. We need more testing capacity—something still lacking in the U.S. We need to make sure that our hospitals can adequately care for the patients who need it. And we need robust contact tracing.

Finally, she said, we also need to see a sustained reduction in cases for at least one incubation period. That is, for about two weeks.

To date, the county has confirmed 1,285 COVID-19 cases and 43 deaths. Close to 80 percent of the people who succumbed to the pulmonary disease had a pre-existing health condition that made them more vulnerable to infection. Sixty-seven percent of the deceased were men and and 58 percent were over the age of 71.

Of the overall confirmed infected, 52 percent are men and almost 40 percent between the ages of 31 and 50. About 15 percent are youth or young adults.

As of today, per the county, 276 of COVID-19 patients are hospitalized—91 of them in an ICU and 165 in an acute-care bed. According to the county, none are placed on ventilators at the moment, which 422 of the machines currently available.

To date, 11,607 people in the county of nearly 2 million have been tested for the disease, with just over 200 results still pending.

Santa Clara County’s chief health officer, Dr. Sara Cody, is scheduled to deliver an update about data that show what would have happened had she not issued the nation’s first sweeping stay-at-home order.

County executive Jeff Smith commended Dr. Cody for being at the forefront of recognizing how COVID-19 was already spreading in the U.S. and saving lives by leading the charge with the rest of the Bay Area in issuing social distancing mandates.

Cody and her counterparts in six surrounding counties “are actually saving lives as we speak,” Smith said before introducing her presentation.