It took a while, but Santa Clara County finally disclosed the number of total COVID-19 tests that have been conducted by public and private labs alike.

To date, 8,246 people have undergone testing, according to a new dashboard quietly rolled out by the county tonight. Of that number, 7,138 of them returned negative and 152 are still awaiting results. That makes for a test positivity rate of 11.59 percent.

Here’s a look at the new testing data published by the county Public Health Department. 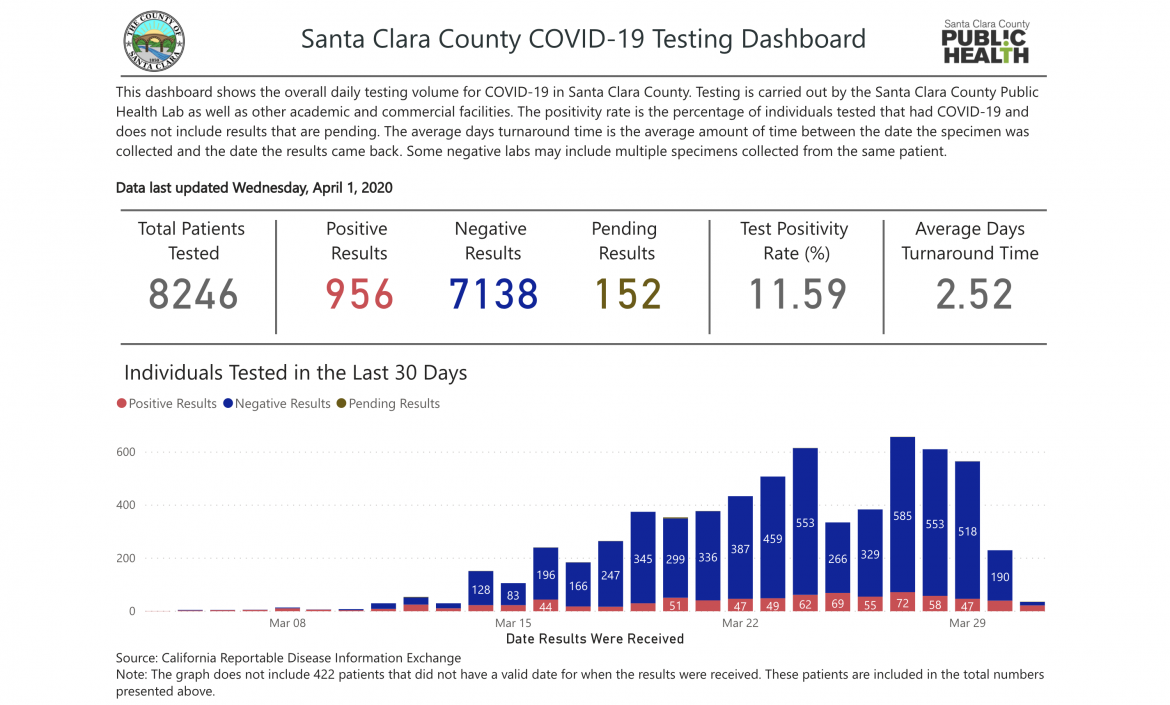 On March 22, local public health officials reported that only 647 people had been tested by the county-run lab. With private groups such as Quest Diagnostics and Stanford Health Care also conducting tests for the new, highly infectious strain of coronavirus, the number didn’t provide a full look at just how far the virus has spread.

A few days later, on March 24, six Bay Area counties and the city of Berkeley joined together in enacting a mandate that requires private labs to report their numbers, too.

“We receive all of our test kits from the CDC,” the Santa Clara County’s FAQ on testing explains. “The number of patients we can test is much less than the number of test kits. This is because some tests are used as controls, and multiple samples may be submitted for each patient to ensure accurate results. The lab is not structured, physically and otherwise, to scale to commercial-volume testing.”

Also tonight, the county shared some new hospitalization stats after a prolonged lapse in disclosure. According to the batch of statistics posted late in the evening, 198 people are hospitalized for the novel coronavirus in this county with 90 of them in ICU beds.

At a Tuesday afternoon news conference, County Executive Jeff Smith said that only 52 ICU beds were occupied by COVID-19 patients. There are now 1,028 hospital beds available in the county’s 11 hospitals—92 of them in an ICU.

In all, the county says it has 619 ventilators, 227 of which are now in use. Just a day earlier, Smith had reported that 209 ventilators in use. The county expects a shipment of 500 additional ventilators in the coming weeks.

The new dashboard also reports that the county has a hospital surge capacity of 1,461 beds, with five now in use. Some of those spots have been set up at in an overflow facility at the Santa Clara Convention Center for patients who aren’t well enough to go home, but not so sick that they need acute care. 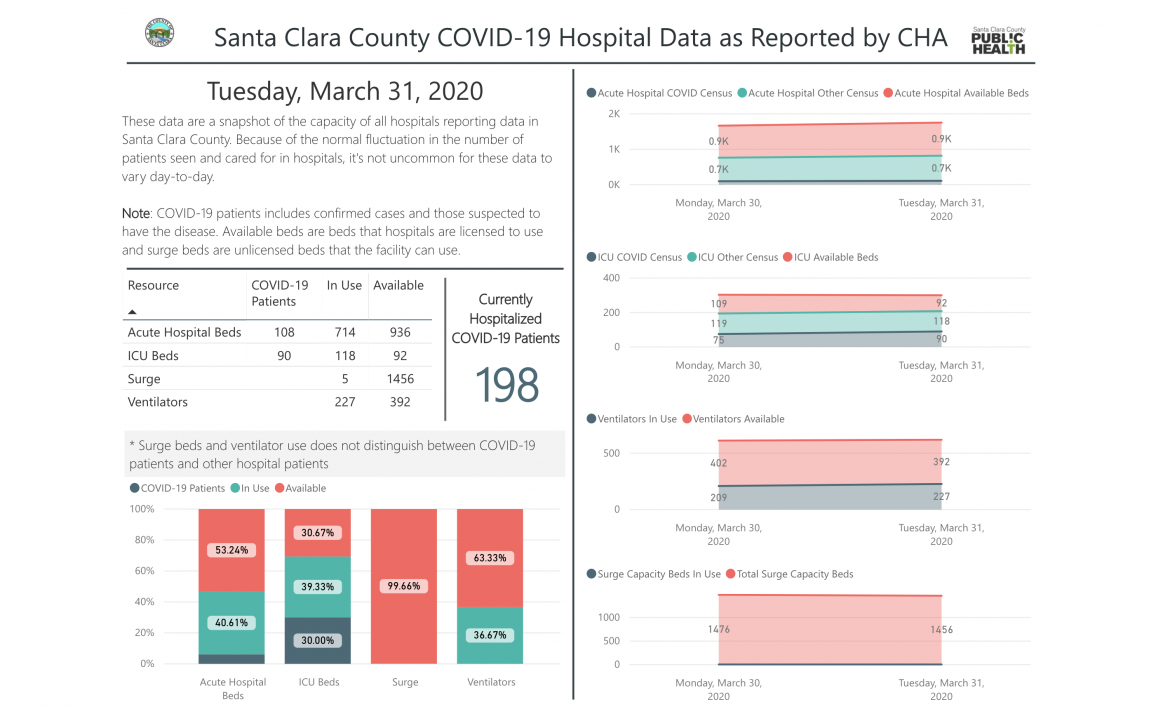 Last but not least, the latest info on the confirmed-case dashboard brings the total number to 956, with 66 new diagnoses reported in the past day. 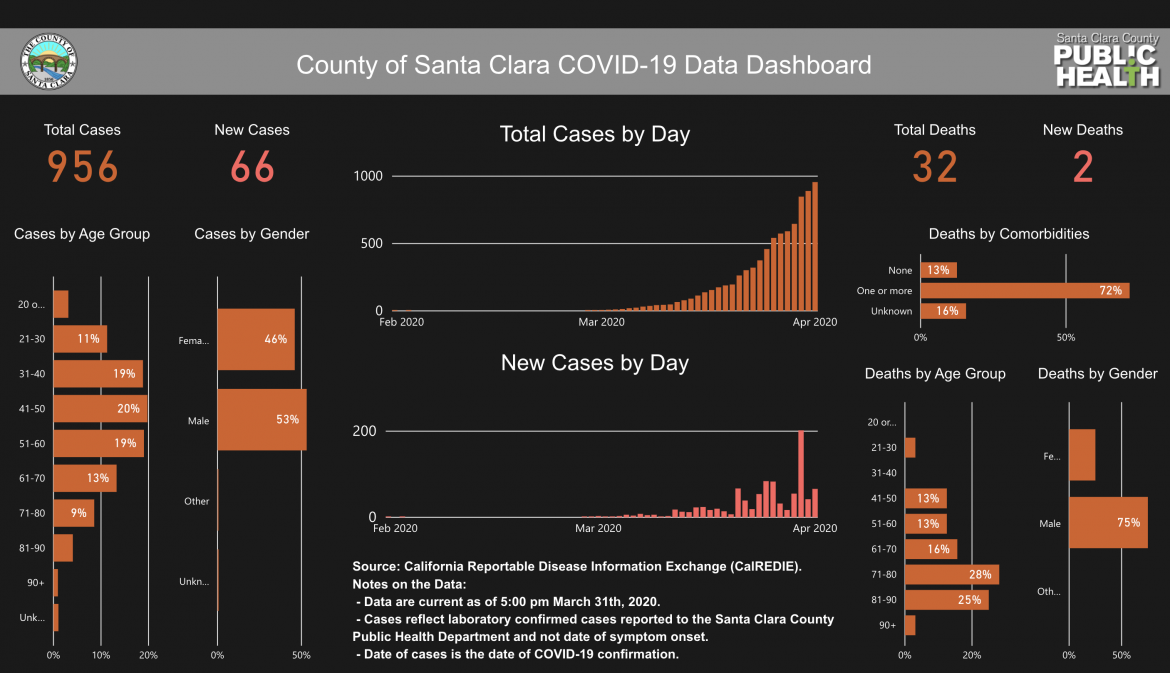