UPDATE: PG&E alerted residents after 8pm that it would not need to implement rolling power outages Sunday night because California's energy supply is expected to meet demand despite the heatwave.

California leaders are calling on residents to reduce electricity use while about 210,000 residents in San Francisco, San Mateo and Contra Costa counties braced for rolling blackouts Sunday night that ultimately never materialized.

The California Independent System Operator (CASIO) on Sunday issued a statewide “Flex Alert,” which calls for voluntary conservation of energy between 3 and 10pm through Wednesday. “A persistent, record-breaking heat wave in California and the western states is causing a strain on supplies, and consumers should be prepared for likely rolling outages,” CAISO said in a news release Sunday. “There is not a sufficient amount of energy to meet the high amounts of demand during the heatwave.” 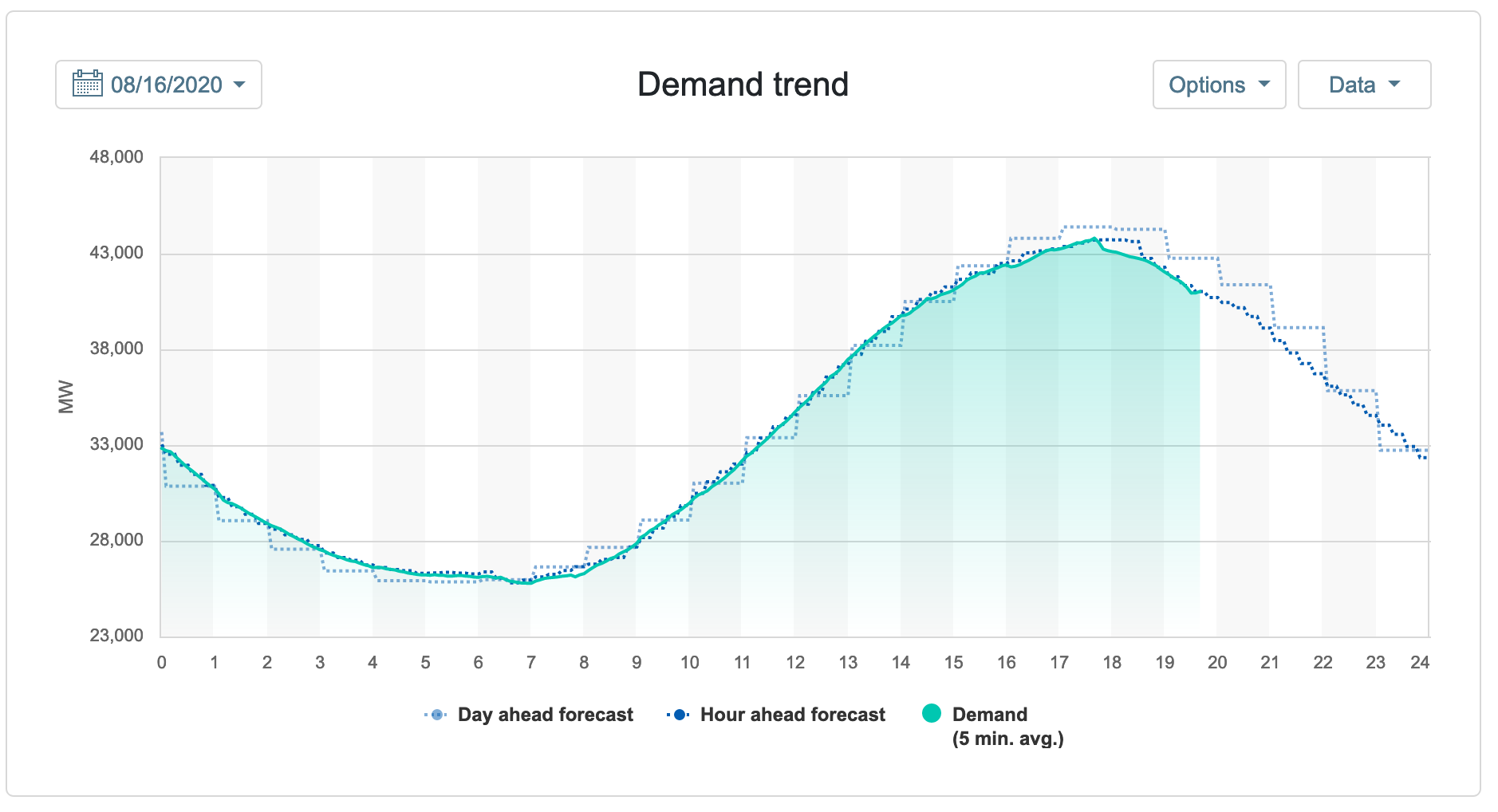 As of 6pm Sunday, Pacific Gas and Electric Co. (PG&E) announced it expected to implement rolling blackouts to residents in the three Bay Area counties, based on direction from CAISO, which manages the state's power grid.

Those who experience an outage would lose electricity for one to two hours in an effort to conserve energy and avoid an unplanned blackout, according to the agencies. No residents will be affected by the blackout overnight, PG&E assured.

The rolling blackouts that started over the weekend mark the first time since the 2001 energy crisis that the state has planned outages to conserve electricity.

On Saturday, about 220,000 PG&E customers in Monterey, Santa Cruz and San Joaquin counties experienced rolling blackouts. Power was restored to all residents affected by the rolling blackouts by around 8am, PG&E announced Saturday night.

But some residents continue to see outages after storms and lightning swept through the Bay Area overnight and in the early morning, causing fires across the region. High winds felled PG&E lines, causing unplanned blackouts from the North Bay to the Central Coast.

The outages left 15,000 households in Sonoma County without power Sunday, as well as 8,000 in Marin County, 6,000 in and around Hayward and 4,000 in the South Bay, utility officials announced in public advisories.

Bay Area counties remain under a “Red Flag Warning,” meaning the current weather conditions lends itself to dangerous fires sparking and easily spreading, according to the National Weather Service.

Cooling centers, where residents can be in air conditioning and charge electronics remain open throughout Silicon Valley—a directory can be found on the county’s website.

PG&E has asked Californians to conserve energy by cooling homes with air conditioning and ceiling fans early in the day and then setting the thermostat to 78 degrees or higher to save energy between peak hours of 3 and 10pm.

Company officials also advise residents to avoid opening the refrigerator as much as possible, and to use laundry machines and dishwashers early in the day or after 10pm.

Tips to beat the heat and reduce electricity use. Image courtesy of PG&E

The agency also released six safety tips for the heatwave, which are: