Last we heard, Joanna Rauh was going to sit out the downtown city council race because she had a third child on the way. Good reason. But then the subject line “Joanna Rauh Launches Campaign for 3rd San Jose City Council District” appeared in our mailbox.

“I was having a baby at 9pm. I was revising the announcement from the delivery room,” she explained. She took the press call in post-partum, and shared news and photos of the newborn baby boy with The Fly. 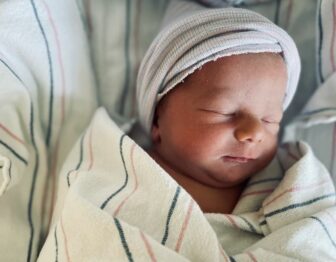 The candidates must first run in the June 7 primary election. The last day to register to vote is May 23.

The District 3 seat is a virtual Petri dish for future mayors. Tom McEnery, Susan Hammer and Sam Liccardo all crawled out of the D3 sludge to become the city’s dear leader. Current rep Raul Peralez is a candidate for the same job.

Rauh is the assistant general counsel at Big Four accounting firm Deloitte, where she has worked for nine years.

Rauh’s website calls for safer playgrounds (yes!) and more accountability from the county on housing programs. 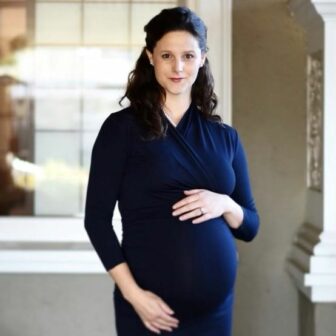 Joanna Rauh, before birth of her son. Special to San Jose Inside.

Her entry into the crowded field shakes up the race as she has the SJPOA endorsement in the smoker along with an endorsement from a politician whose name rhymes with “ham.”