The nation’s public higher education system has been pummeled the last several years. Funding has dropped, tuition costs have increased steeply, government research dollars have been reduced, qualified students are being denied access, graduation rates have declined, part-time faculty dominate new hires, and there is a graduation divide that mirrors the achievement gap in the K-12 world.

My columns have usually focused on K-12, but formative learning impacts the world of higher education and community college through graduate school. This was the motivation for submitting my name to San Jose State University, my alma mater, for consideration as a member of the provost selection committee.

In the last two months I have had the privilege of participating in the search for a new provost for SJSU. On the search committee I represented the community as a county Board of Education trustee as well as alumni (BA '73, MA '81). The other committee members are full-time faculty, staff and one student representative. We interviewed nine candidates from a list of more than 40 that applied.

With the guidance of search firm R.H. Perry, we invited three candidates back for campus visits and extensive meetings. On Friday, we gave our individual and committee findings to President Mohammad Qayoumi, who interviewed each of the three finalists during their campus visits. 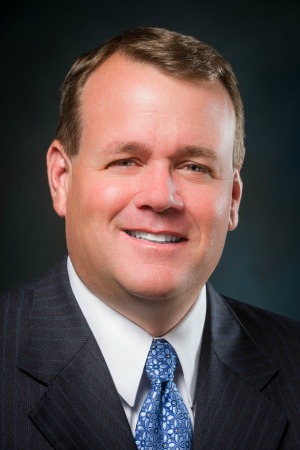 Andrew Feinstein will take over as vice president of Academic Affairs after the school conducted a two-month search.

On Tuesday, SJSU officially announced the hiring of Dr. Andrew Feinstein as the new vice president of Academic Affairs. President Qayoumi made the right choice. As an alumnus I am excited by the possibilities of Feinstein's leadership in complex times.

Established in 1857, SJSU was the founding school of the 23 campus California State University system, and today it is the oldest institution of higher education on the West

Coast. The 154-acre campus is in the heart of downtown San Jose known for its engineering and computer science graduates, arguably sparking economic growth not just in Silicon Valley, but also throughout the nation and world.

SJSU is vital to our region's future economic growth and development. It is a major producer of K-12 teachers and administrators, who steward our children toward better achievement results. SJSU is reported to have one of the most ethnically diverse student population in the U.S., with more than 31,000 total students.

It typically takes six years to graduate with a bachelor's degree nowadays. Yet as reported during the provost interviews, only 50 percent of those who start as first-year students at SJSU graduate in the six-year window. That number goes down to 40 percent for African American and Latino students. This is an issue the provost and the vice president for Academic Affairs must address.

Too many times during the last several weeks of phone interviews and face-to-face meetings I heard candidates lament that the students they are receiving from public high schools do not have the requisite skill set for college success. But I learned from my involvement in the search that student success can be a targeted objective. Student success coaches, structured peer tutoring, involvement with the community and faculty relationships can all be used to harness increased success rates for college students.

I urge Dr. Feinstein to work more closely with the K-12 system. No doubt, the K-12 world must become partners that help reduce the CSU system's cost for remediation in

English and math. Data on each school district that SJSU receives its students from should be transparent, so elected leaders and policymakers can be clear on who is preparing high school graduates for college and which districts need to step it up. We are all in this together.

Joseph Di Salvo is a member of the Santa Clara County Office of Education’s Board of Trustees. He is a San Jose native. His columns reflect his personal opinion.