We the people are suffering through a system of governance at the federal, state and local levels in direct contempt for founder James Madison’s maxim that legislators “ought to be dependent on the people alone.” Our elected representatives appear, and frequently are, all too dependent on concentrated moneyed interests whose goals are in direct opposition to the common good.

Take, for example, the saga of the Cupertino City Council and the Sand Hill Corporation, whose multibillion-dollar plan to redevelop the blighted and empty Vallco Mall has divided the community. 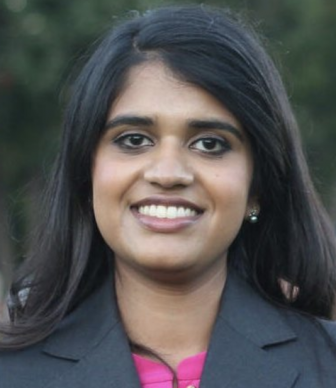 Sand Hill purchased the mall for some $320 million dollars in partnership with the foreign Abu Dhabi Investment Authority, a fund established by the United Arab Emirates government in order to reinvest profits from fossil fuel extraction—a highly corrupt industry that is responsible for injecting catastrophic carbon emissions into our atmosphere and destabilizing politics the world over.

In terms of investment, the development partnership hit the jackpot in buying over 50 acres of prime real estate in the heart of Silicon Valley, just steps from Apple’s new mega-campus. Sand Hill has played politics for six years, surviving highly contentious campaigns and ballot initiatives, to finally get city approval of almost 2 million square feet of highly lucrative office space at the Vallco site in September.

The people of Cupertino and the Bay Area need housing and affordable housing now more than ever. While Sand Hill promises to build housing and some retail alongside their sprawling office space, they were never upfront about how so much planned office space would exacerbate Cupertino’s imbalance between jobs and housing, a ratio that drives displacement, local and regional housing prices, and carbon emissions. Looking out for the community’s interest is not Sand Hill’s responsibility, it is City Hall’s.

The current council majority placed no reasonable limits on the amount of office space to be built at Vallco, and recently secured for the developer a sweetheart deal featuring 1.75 million square feet of office. The majority also did nothing to proactively prevent the developers from effectively threatening invocation of their not-so-secret back-up Senate Bill 35 plan in order to secure support for the city-approved plan.

Sand Hill hired a former Cupertino mayor to head its public relations team, and this election, the company took out a political insurance policy to protect their investment. They utilized the power granted by the Supreme Court’s infamous Citizens United case to spend unlimited sums of money in independent expenditures (disguised under seemingly innocuous labels like “Cupertino Getting Things Done Together”) to reward those who voted to support them in the past and to fill vacant council seats with those friendly to their interests.

Compounding the appearance of corruption, Cupertino’s former City Attorney Randolph Hom just filed an explosive claim against the City, claiming that the Council fired him for questioning the legality of the streamlined Vallco proposal and that Councilman Barry Chang threatened him with retaliation unless he supported the proposal. With scandalous headlines like these, is it any wonder that the people of Cupertino have lost faith in their government?

This election, we can re-elect the status quo or choose those who will push back against rampant corruption by changing the corrupt political incentive structure with a solid plan to reduce the influence of big money in our politics and restore trust in our city. The latter would establish norms whereby candidates reject and renounce shady Citizens United expenditures and initiate reasonable restrictions around lobbying, campaign contributions, and disclosures.

Finally, a straightforward whistleblower policy could encourage future staff members to speak out about fraud and improper conduct in our government, and shield them from retaliation or abuse.

In order to realize a more responsive government, we need to ensure that the public—and not powerful moneyed interests—are financing our elections. To secure these changes, it is time to kick out the politicians who show up for billion-dollar ribbon cuttings, but fail to show up to represent the people’s interests.

Tara Sreekrishnan is a candidate for Cupertino City Council. Opinions in this article are the authors’ own and do not necessarily reflect those of San Jose Inside. Send op-ed pitches to [email protected].