Donald Trump’s presidential campaign shows no signs of slowing down in the wake of violent clashes between supporters and protesters, suggesting Democracy really was in need of a roundhouse to the junk—in between candidates defending their own dicks.

But not everyone seems ready to jump on the Trump train (it’s uuuuuge), advocate for the curb stomping of dissenters and Sieg Heil!

In fact, some people are dusting off an oath from the ‘W’ days, claiming they’ll move to Canada if Trump wins the race for president. For those with bags half-packed, Jay Rosenthal, a former Silicon Valley political consultant, is here to help. He’s created the helpful how-to website If Trump Then Canada.

Best known for working on Mayor Sam Liccardo’s council campaigns, and for helping lead the Chamber of Commerce’s policy and political operations under Jim Cunneen, Rosenthal is also widely believed to be the founder and original author of The Daily Fetch, the now-defunct political news aggregation and commentary site. In 2012, possibly sensing impending political doom, he moved to Toronto with his wife and family.

San Jose Inside asked Rosenthal a few questions by email about his new website, which is replete with helpful information about Canada’s healthcare system and pro-tips for blending in in a President Trump world.

San Jose Inside: Are you sure Canada is cool with this?

Canada is embracing the words atop the Statue of Liberty: “Give me your tired, your poor, your huddled masses yearning to breathe free.” Can you imagine hearing those words from President Trump?

What is the Canadian perspective on Donald Trump potentially becoming the next President of the United States?

In advance of last week’s White House State dinner for Prime Minister Trudeau, the Washington Post’s Roxanne Roberts referred to Canada as the U.S.’s little brother. Aside from the obvious condescension of that statement, we all know that at some point, the little brother inevitably becomes better looking, smarter and more well-liked than the asshole older sibling. That’s happening right now on the world stage with the ascension of Donald Trump as a credible Presidential candidate.

How does Trump compare to Rob Ford, the former crack-smoking mayor of Toronto?

To my knowledge, Donald Trump never smoked crack. But the populist, anti-intellectual, crack-pot-ery is similar. However, and this is important, Rob Ford wasn’t a racist and always came across as a likeable, jolly guy—kind of like Santa—even if completely unprepared for office and sometimes high on crack. Ask yourself, would you rather have a jolly, friendly leader that sometimes smokes crack or an angry, bigoted, neo-Nazi leader that doesn’t smoke crack? I’m taking crack smoking over the Nazism.

When you say healthcare is free in Canada, how much are we talking?

Not to get all “universal healthcare is better” on you, but…

He seems very nice and good-looking, but what's the deal with Canadian Prime Minister Justin Trudeau? 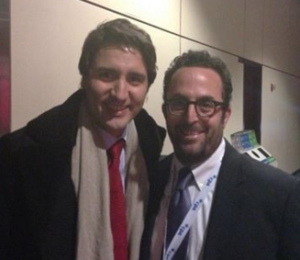 Have there been any reports of Americans sneaking across the border? If so, how are they being treated?

Parliament just passed a resolution to treat American refugees in Canada the same way Syrian refugees are being treated in the US…Americans are currently being barred from entering certain provinces and are being badmouthed at right-wing political rallies.

Since hockey is big in Canada, can we bring along the San Jose Sharks?

You don’t need to bring the Sharks to Canada because Canada has already brought hockey to San Jose. Twelve players of the Sharks 23-man roster are from Canada. Also, the Sharks picked up goalie James Reimer from the Maple Leafs before the trade deadline. From everyone in Toronto, we say thank you and good luck!

What’s the difference between Canadian dollars and American dollars? Will they still be exchangeable after the election?

Assuming that President Donald Trump doesn’t do for the American dollar what he’s done for his business four times, the U.S. dollar is roughly 25 percent more valuable than the Loonie. Will U.S. dollars be exchangeable post-election? We shall see ...