I am going to deviate from my usual writing to pay tribute to two people whose lives had a positive impact on our community: Janet Gray Hayes and Carl Cookson. Their accomplishments are many and great.

Each inspired, recruited and mentored others, who then collectively amplified the work of these two amazing people. Both of these leaders always acted in the public interest with a view on the long-term wellbeing of generations to come. 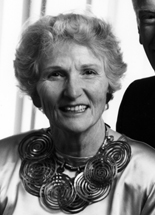 Janet Gray Hayes was the first female mayor of a major American city.

I first met Janet Gray Hayes when she was mayor of San Jose. I was starting San Jose Rep and calling upon various people in the community. I found that the door to the mayor’s office was open to me despite being an unknown with only a few years experience running the Berkeley Shakespeare Festival.

I developed friendships with a few members of Mayor Hayes’ staff, many of whom became accomplished in their own careers. The few times I met with Mayor Hayes consisted of straight talk and simple encouragement. Years later I would come to know her and her husband, Ken. She once flagged me down at an event, unrelated to the Rep, and gave me a rather large donation check. She also supported San Jose Parks Foundation since its launch.

Many people know Carl Cookson as a leader in the arts community. He was a generous and indefatigable supporter of various nonprofit organizations. Carl’s presence commanded respect and his involvement in any group raised its credibility. 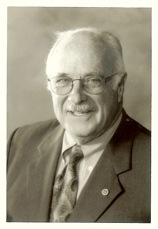 My friendship and admiration for Carl is very personal. He was president of the San Jose Symphony board and one of the people who formed the Arts Roundtable, a group that a few of us launched in the 1980s in order to advocate for the arts.

The group consisted of the executive directors of the five largest arts organizations. This group met twice a month for breakfast and at the second meetings we were joined by the respective board presidents. Carl was probably the only one who served in both capacities, as he held the role of board president before taking the executive reigns at San Jose Symphony.

He was a very warm and genial man, with a great sense of humor and an affability that surprised me. He seemed to lack the ego that “leaders” often possess. He offered practical suggestions, helped build consensus and always delivered on his end.

I have seen would-be leaders emerge and disappear and I have had the pleasure to see others emerge and grow. Janet Gray Hayes and Carl Cookson represent the quintessential San Jose leaders of their generation. They were honest, sincere and approachable. San Jose is a much better city as a result of their leadership. Thank you to both.

James P. Reber is the executive director of San Jose Parks Foundation, a veteran nonprofit entrepreneur and experienced special event planner and producer. He can be reached at [email protected] or 408.893.PARK.