Twin black-and-white-ruffed lemur pups became the latest animals to call Happy Hollow Park & Zoo home in April, and the public now has a chance to help name the new kids in town.

Born on April 16, South Bay residents can see the newborn female lemurs—who are a critically endangered species—in person through “Walk Through the Zoo” reservations. Weighing less than half a pound in their first weeks of life, they may grow up to 7 to 10 pounds.

Six names were chosen for their meanings in Malagasy, the language spoken in the lemurs’ native Madagascar—the only wild lemur habitat on the planet, which has since become unsustainable due to habitat loss, wildlife trafficking and climate change:

The voting window ends June 14, and the lemur pups’ official names will be announced June 16. 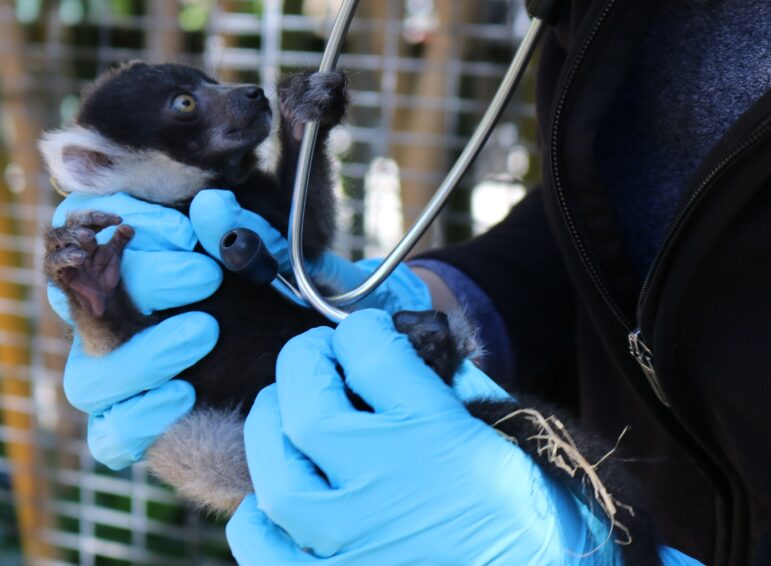 The twins were welcomed home to a family of six, after siblings Loka and Koa were born in 2018 and 2020, respectively, to 7-year-old mother Vintana and Nify, a 19-year-old male. Loka translates to “prize,” while Koa means “addition”—names also chosen by the public.

The lemurs live in San Jose due to Happy Hollow’s participation in the Species Survival Plan program, which safeguards animals against extinction and improves genetic diversity. Happy Hollow Park & Zoo has been accredited by the Association of Zoos and Aquariums for more than 26 years.

“The birth of two black and white ruffed lemur pups at Happy Hollow is a ray of hope for this critically endangered species,” Kevin Hertell, Happy Hollow’s zoo manager, said in a news release Friday. “When people learn about an animal at our Zoo, our hope is that they will want to help protect that species in the wild – as well as the habitats and places where they live.”