When Juanita Sorrentino hung up the phone with her eldest granddaughter, she never imagined that the quick, casual goodbye would be their last. Isabelle Gonzalez, a 16-year-old San Jose High student, told her grandma she’d hang out with friends for a few hours but would come home in time to rest up for her cheerleading rally the next morning.

Around 1:30am on March 16, Isabelle sat in the back seat of a Honda Accord. The driver, 22-year-old Brandon Gomez Hunsperger, barrelled down Casselino Drive at freeway speed before losing control of the car, striking a small tree and careening over a nearby hill. Paramedics pronounced her and Hunsperger dead on the scene. Her best friend and another man in the car survived with treatable injuries. 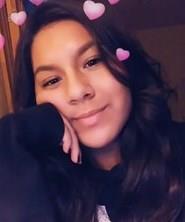 Though the crash remains under investigation, the Santa Clara County Medical Examiner-Coroner’s toxicology report showed that Hunsperger died with a blood alcohol concentration of 0.187—over twice the legal limit. Lab results also showed that he had 11 nanograms of delta-9 THC, the active ingredient in marijuana that makes a person high. Had Hunsperger been driving in Colorado, that would have put him over twice the legal limit.

When California legalized recreational pot this year, law firms and law enforcement stepped up warnings about stoned driving. Signs along freeways warned about the consequences of getting busted behind the wheel while under the influence. But policing marijuana-induced DUIs has proved a challenge.

Meanwhile, the push to expunge cannabis-related criminal records has Sorrentino and others who lost loved ones in drugged-driving fatalities worried that the state’s inability to consistently police stoned motorists will increase the risk of similar tragedies.

Unlike other states that sanction marijuana, California has yet to establish an intoxication level analogous to blood-alcohol limits that would legally make a person too high to drive. And with the lack of such a standard comes a dearth of information about whether legalization has indeed made the roads more dangerous. There’s also the possibility that the legal and cultural acceptance of marijuana has prompted more people to let their guard down about driving under its influence.

The San Jose branch of the California Highway Patrol has been tracking the number of marijuana-related DUIs since the drug’s legalization for anyone over the age of 21. But barely six months have passed since the law took effect, so the office has yet to draw any conclusions about whether stoned driving has been on the rise.

Santa Clara County District Attorney’s Office spokesman Sean Webby says his agency is in a similar holding pattern, unable to say one way or another whether the data affirms or refutes Sorrentino’s fears.

While California Vehicle Code 23512 addresses driving offenses related to alcohol and drugs, it has no marijuana-specific law. That leaves the Santa Clara County District Attorney’s Office unable to track whether the person charged drove under the influence of marijuana or another drug—unless an attorney enters a note in the docket to specify whether a certain drug was involved. Webby says their numbers are imperfect at best.

The San Jose Police Department also couldn’t immediately provide information about weed-related traffic enforcement. Like the DA, the department says it would need more time to conduct any authoritative analysis about the effect of legalization on road safety.

Enough data exists, however, to confirm an uptick in drugged driving on and around holidays, including the stoner holiday, 4/20, and the Fourth of July, which falls within what the AAA Foundation for Traffic Safety calls the “100 deadliest days of summer” between Memorial Day and Labor Day. The California Department of Insurance and CHP on Monday issued a press release noting that 44 percent of fatally wounded drivers tested positive for multiple substances, mainly alcohol, marijuana and opioids.

The crash that killed Isabelle wasn’t Hunsperger’s first drug offense. Court records show he had both drug- and driving-related infractions to his name. In April 2016, police pulled him over for participating in a speed contest. An officer found cocaine, pot and drug paraphernalia in his car. A judge gave him two years’ probation and suspended his license for one year—but he violated the terms of his sentence by getting behind the wheel again in 2017.

Hunsperger also entered a Deferred Entry Judgement, a program for drug offenders that offers counseling or substance-use education in exchange for the chance to expunge their record. For Isabelle’s loved ones, however, the system that tried to save Hunsperger, failed their family.

“I believe my niece was murdered,” Isabelle’s aunt, Vivian Chavez, says. “She was underage, she was a little girl. That guy had no business drinking.” 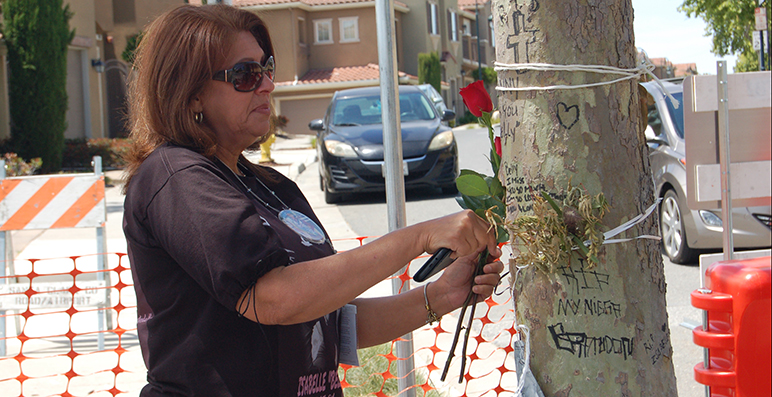 Juanita Sorrentino, whose granddaughter died in a drugged-driving crash, worries that complications involved in measuring marijuana intoxication will prevent police from adequately enforcing laws against driving while high. (Photo by Grace Hase)

Sorrentino says she’s concerned that, absent a legal standard for weed intoxication, the legal penalties for driving while stoned will fail to reflect the seriousness of the crime.

On May 15, Fremont police arrested 21-year-old Dang Nguyen Hai Tran for allegedly causing a a five-car pile-up that killed three people. Police suspected Tran was under the influence of marijuana during the wreck, but released him from jail just three days later.

“The justice system is that easy to let these guys go,” Sorrentino laments. “If they were walking the street and shot somebody, they’d get life. They don’t (come out of jail) three days later. They stay in good for murder.”

After decades of heavy-handed enforcement that disproportionately impacted people of color and fueled the crisis of mass incarceration, however, the powers that be have been trying to strike the right balance.

“You make the choice to get behind the wheel of a car,” he says. “Yes, there should be very serious consequences for that, but I’m skeptical of the harshness of that sentence as a deterrent. It’s not premeditated.”

Johnson explained that his hesitancy toward stricter enforcement has to do with the nation’s well-documented history of systemic bias. “Depending on where you live, you’re more likely to be pulled over for driving while black or driving while Latino,” he says.

That’s certainly been true in San Jose and the county as a whole, according to statistics tracked by police and the DA.

In the months since Isabelle’s death, her family has been trying to find some measure of closure, in part by connecting with her friends and others families that lost loved ones to drunk or drugged driving. While Isabelle’s life ended abruptly, her family doesn’t want that to be her defining moment. Instead, they remember her as an aspiring social worker and caring young woman.

“I miss her so much because I can’t talk to her,” Sorrentino says. “It hurts because she would never let anything bad happen to us. She would never want us to hurt.” 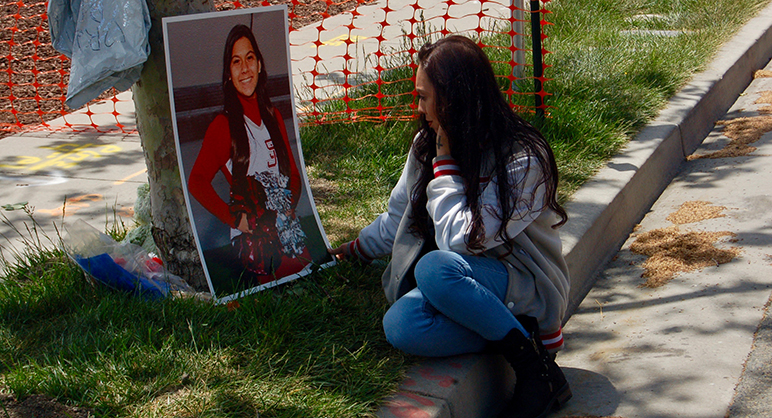 Isabelle Gonzalez's family has maintained a memorial for the 16-year-old girl at the crash site. (Photo by Grace Hase)